DC middle school student: 'Every day I wake up, I have to worry about who is going to jail and who got shot and killed'

Almost 200 middle school students from nine DC schools participated in a contest this year, called 'Do the Write Thing' competition. 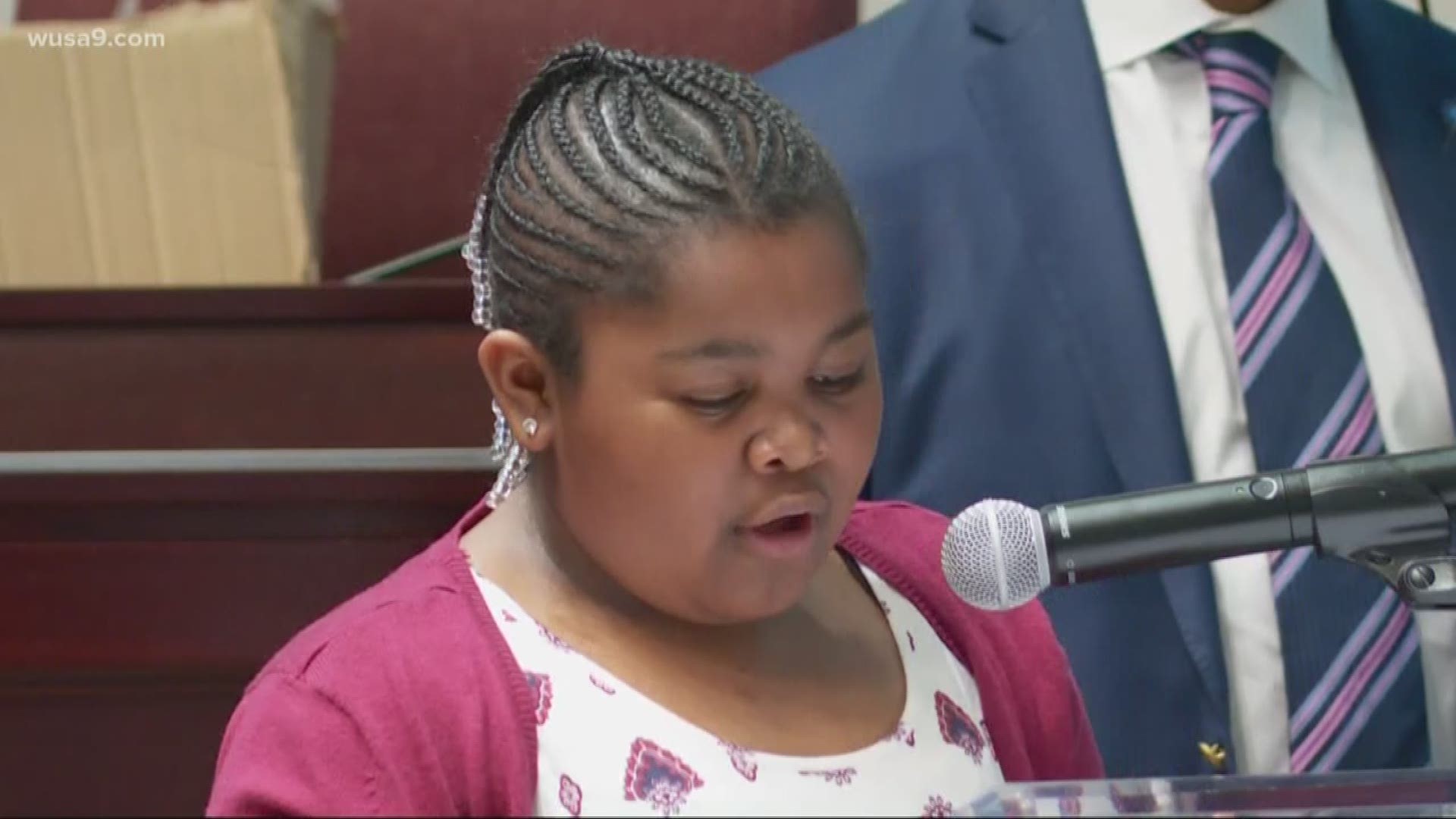 WASHINGTON -- D.C. middle school students gathered downtown Tuesday night to share their ideas on how to reduce gun violence in the city.

Aliyah Harrison, of West Education Campus, and Michelle Marshall, of the Washington School for Girls, were both named ambassadors in the D.C. division of this year's "Do the Write Thing Challenge."

The challenge, which is a part of a larger national essay contest, highlights the violence prevention ideas of students. Nearly 200 middle school students from nine D.C. schools participated in this year's competition. 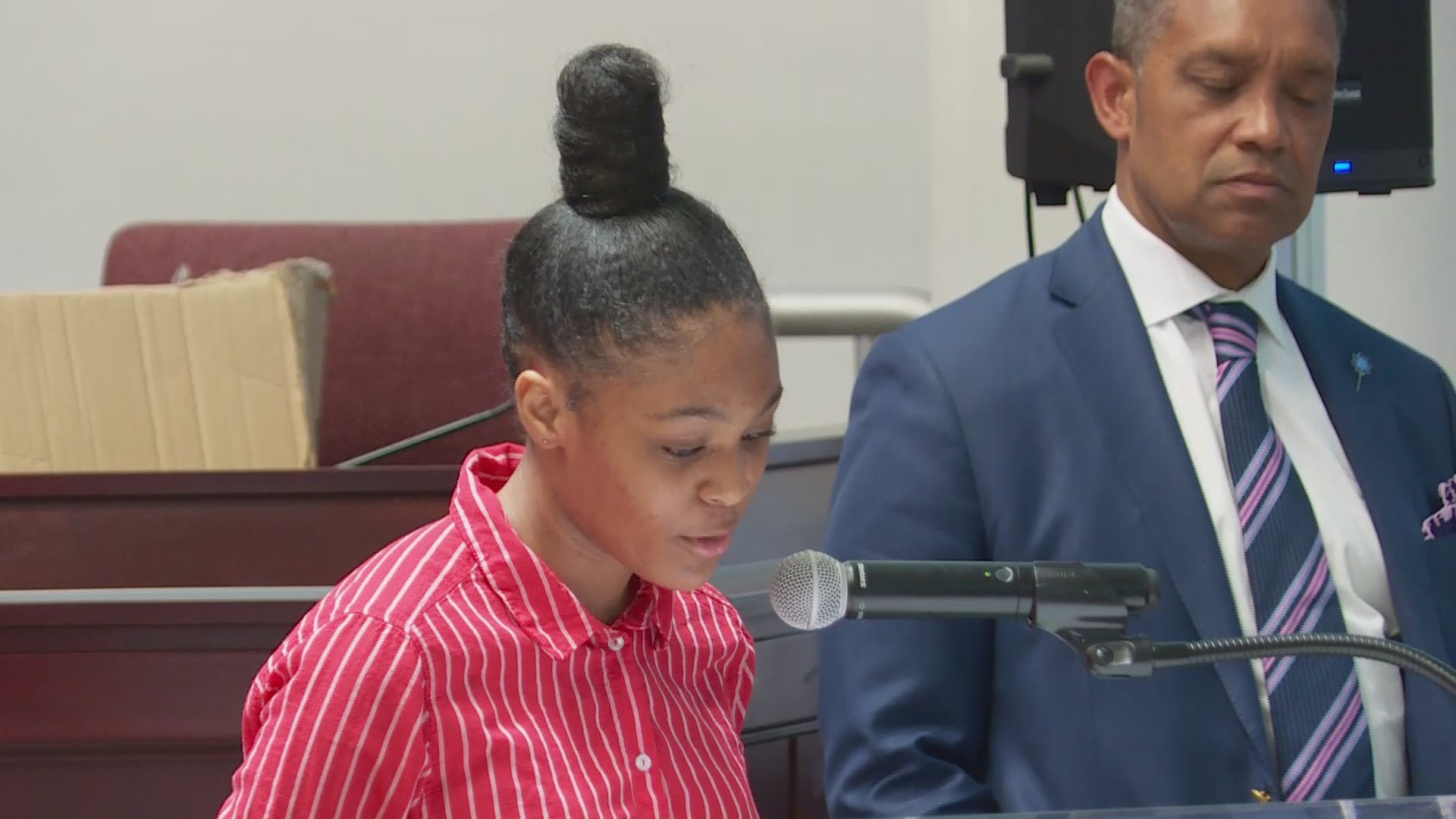 Aliyah Harrison, of West Education Campus in Northwest DC reads her essay on ways to curb gun crime in the District.

"When kids have a good idea and mobilize, I think it is our job to support those people,” Racine said.

Harrison, 13, read her essay first to a crowd at Judiciary Square. She said in her Northwest neighborhood, it is not uncommon for locals to be exposed to violence.

"Violence is affecting me, because everyday I wake up, I have to worry about who is going to jail and who got shot and killed," she said.

But, she believes locals in D.C. can fix the problem simply by being nicer to one another.

"We all have something we're struggling with," she said. "So, why not try to get together and solve it as a whole."

Marshall echoed Harrison's sentiments. She said if people are upset with one another, they should work to peacefully resolve their problems without guns. 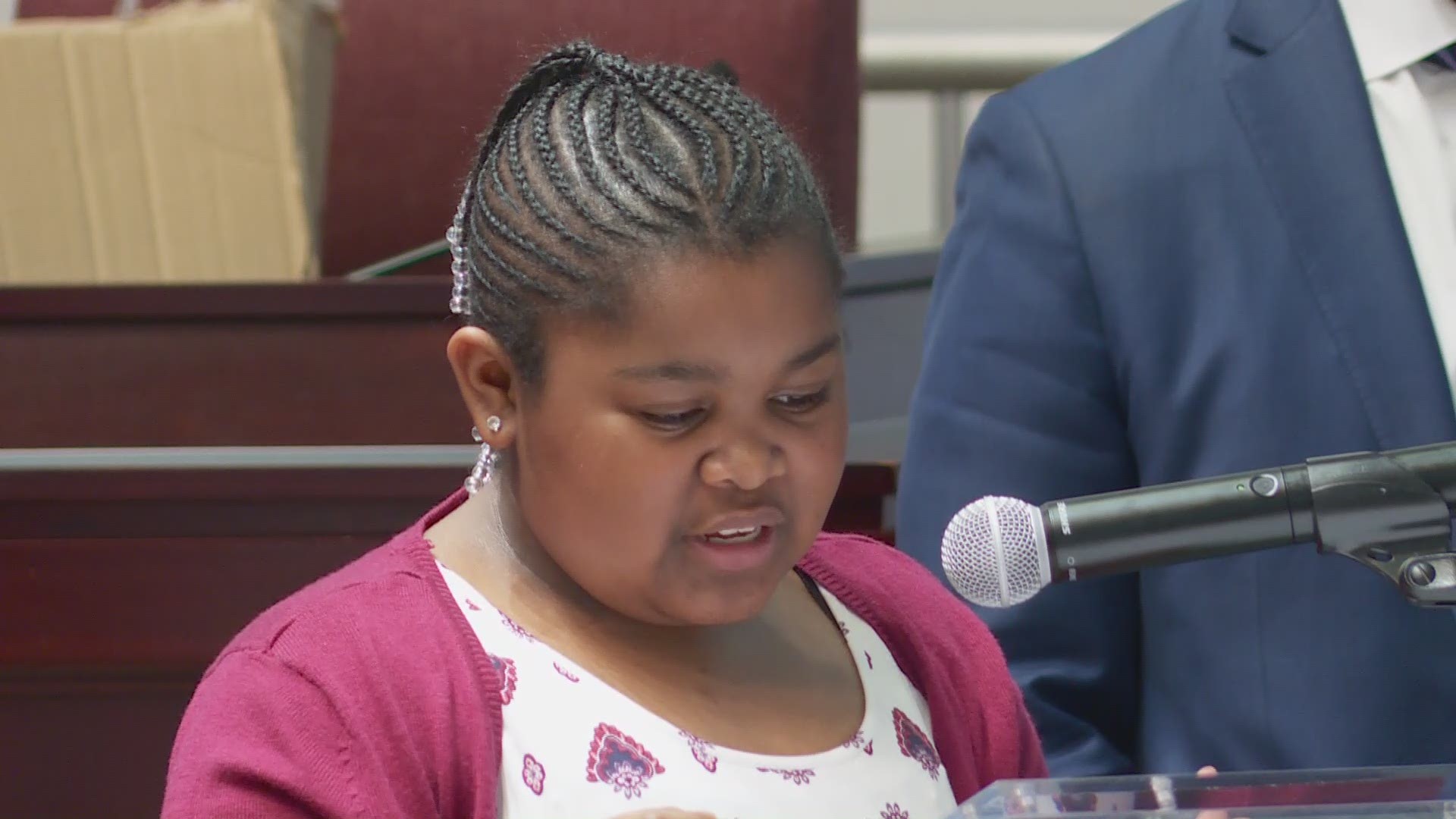 Michelle Marshall, of the Washington School for Girls in Southeast DC, reads her essay on ways to curb gun crime in the District.

Both Harrison and Marshall will join roughly 50 other ambassadors from across the country to participate in the national version of the Do the Write Thing Challenge this July in D.C. Racine said the group will get the chance to talk to members of Congress during the week-long event.