The popular comedy club had to close its doors because of Coronavirus in mid-March. Since then, it has offered fans an alternative to its live shows. 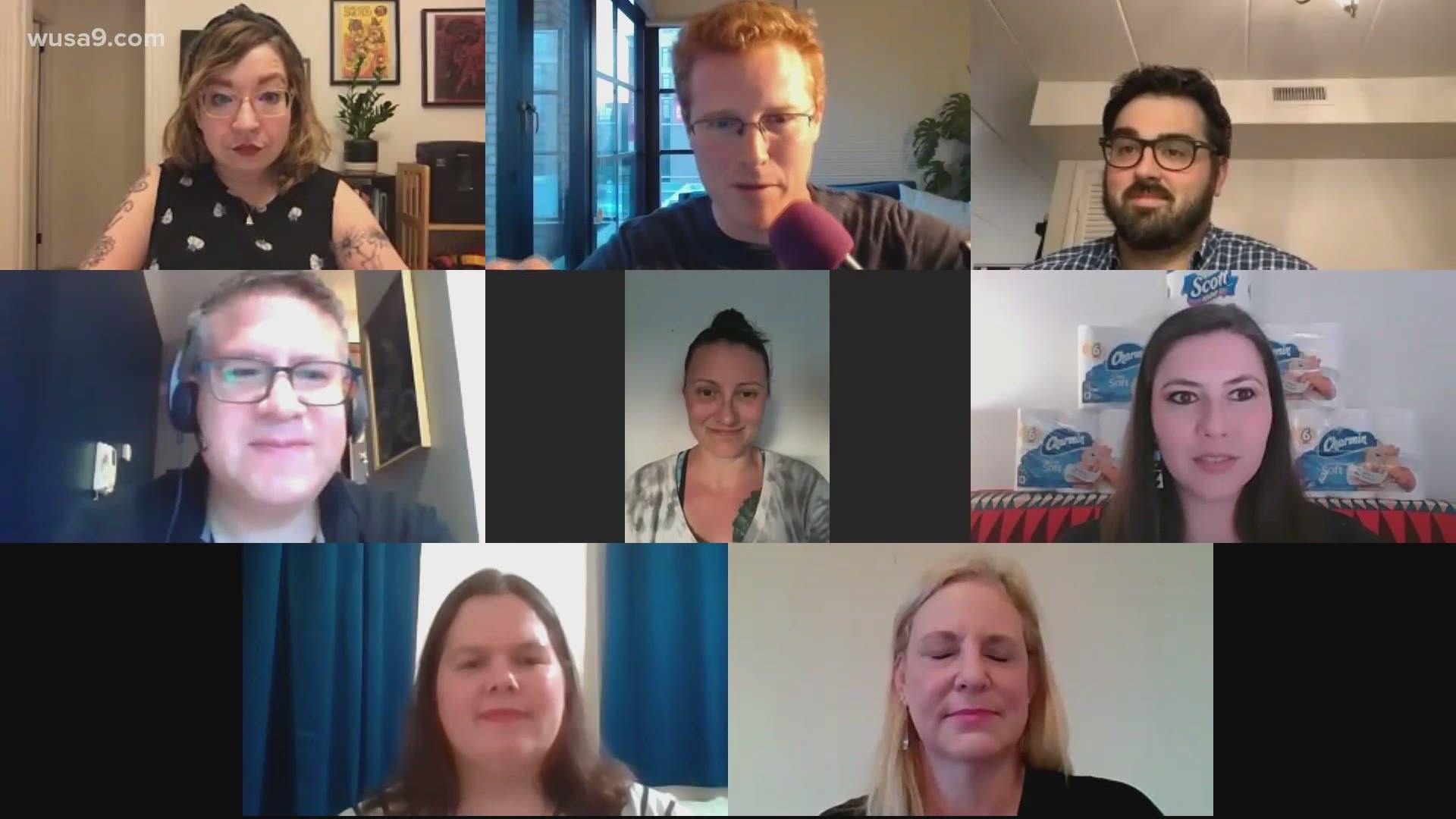 WASHINGTON — DC Improv Comedy Club was forced to close its doors in March because of coronavirus. The comedy club is a huge part of the city's comedy scene, hosting some of the biggest stars in the world on their stage.

"The first show was headlined by Ellen DeGeneres, the middle act was Brian Regan and the opener was a guy you may have heard of named Dave Chapelle," said Chris White, Director of Creative Marketing for DC Improv Comedy Club.

After closing its doors and canceling its shows, the club had no choice but to lay off its entire staff.

"It's been tough, but whatever way we can do what our core function is, which is helping people laugh, helping people have a good time and forget some of the craziness going on," said White.

That's when DC Improv decided to take things virtually, providing laughs through stand-up shows on Zoom for just $5. The new online venue is now known as the "DC Improv Virtual Showroom." Some comedy shows over the last few weeks have had anywhere from 200 to 500 people logged on.

"It really does mean a lot to us to know that we can help other people enjoy this and maybe take their mind off everything going on for 75 minutes," said White.

A big part of live comedy shows is interacting with the audience and hearing their laughter. With Zoom, you're not able to do that, so DC Improv has turned to a virtual audience where a few volunteers have their camera on, but their mics muted. That allows the rest of the virtual audience to at least see their reactions without interrupting the comedians.

The club's line up is updated on the website each week. Fans this weekend can enjoy everything from Couples Therapy: An online comedy show, to Comedy Kumite, a virtual take on a stand-up competition, where viewers can vote for a winner on Zoom. Saturday's Kumite show features comedians Natalie McGill, Winston Hodges, Elizabeth Norman, Tim Miller, Petey Steele, Jared Stern, Blaire Postman and Adrian Rodney.