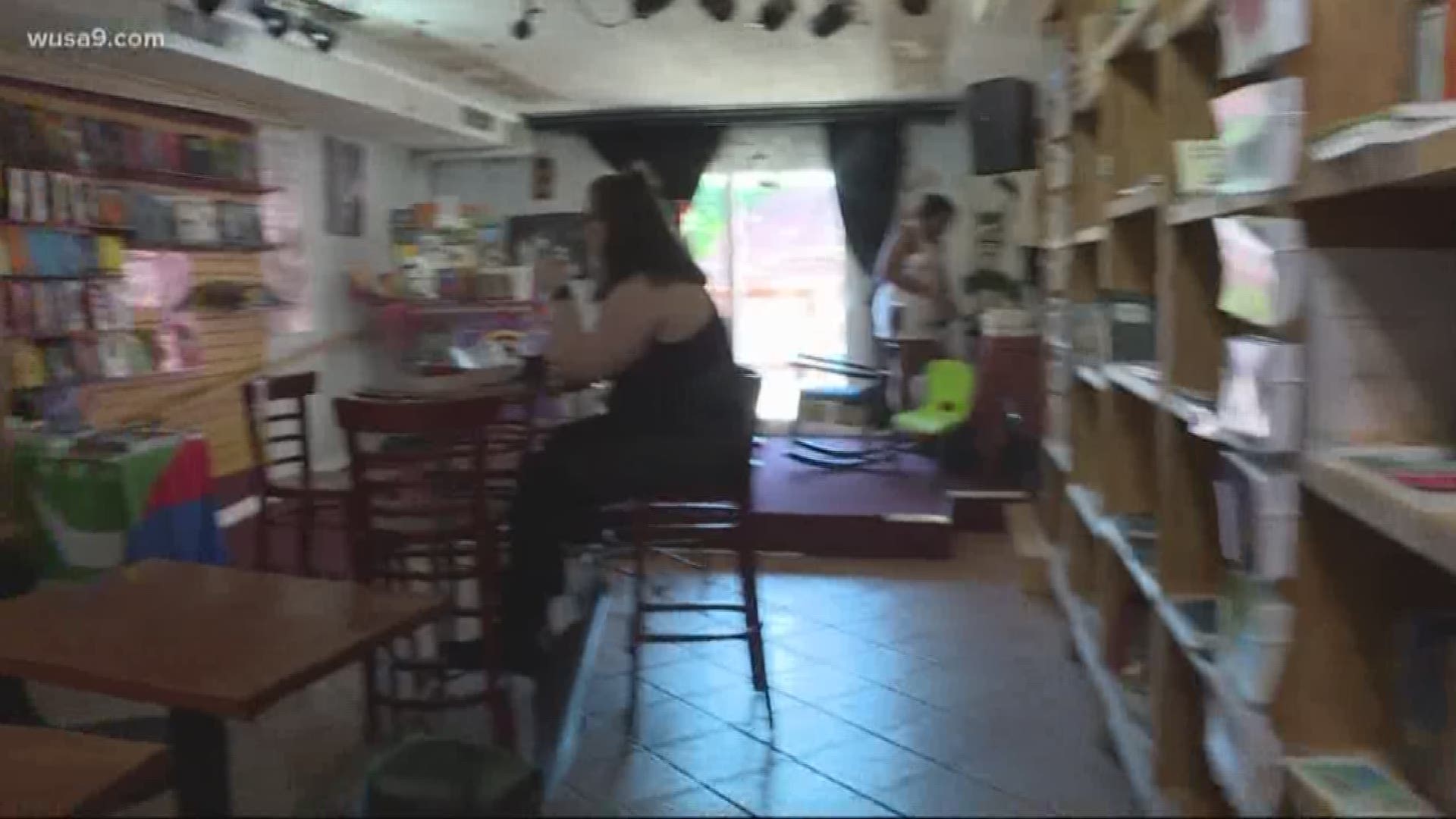 WASHINGTON -- A picnic table, a shady tree, and conversation over coffee: That's what brings Yohannes Yilma to this his safe place.

Sankofa in Shaw is a Georgia Ave., shop where patrons can hear different, African languages, have a drink, get a meal, get some work done or browse through the library.

“This is home base, we get together here,” Yilma said.

Sankofa, an African word from Ghana, in one translation means "it is not taboo to fetch what is at risk of being left behind."

But the African video and bookstore itself is at risk of being left behind. Sankofa is facing issues surrounding gentrification.

"One of the subjects we talk about is the neighborhood," Yilma said. "I love progress but at what expense?"

Sankofa was founded in 1998 and named after the famous film by its owners Haile and Gerima.

"Being in D.C. has been a lot of work in terms of our relationship with the city," Gerima said. "Now with gentrification, the relationship has become more hostile so that the taxes we have to pay each year – $30,000 – is completely outrageous."

The owners have taken their fight to the D.C. Council where a bill would free that tax burden for the next 10 years.

"What we’re facing now with gentrification is what we’ve been facing since we’ve been here," Gerima said. "On steroids."

It’s a move they hope will keep the culture they’ve worked so hard to preserve for the last two decades.

Sankofa is home for many, including those looking to learn about the African experience.

"There’s a lot of history to learn here at Sankofa," Sampson Meskel said.

"We are quite proud of what we have here," co-owner Shirikiana Gerima said.

The owners want supporters to show up and show out. The tax abatement bill to save Sankofa is scheduled for a public hearing at the Wilson Building Monday, June 3 at 10 a.m.

"I don’t want the city to feel like they’re doing me a favor," Gerima said. "They should be saying ‘thank you Lordy’ because businesses like this have contributed to the strength of the city."