The legislation takes several gun issues and puts it into one omnibus bill, according to Councilmember Charles Allen, who worked on it. The Firearms Safety Omnibus Amendment Act increases penalties for people who have extended magazine clips, bans bump stocks and introduces a red flag law. 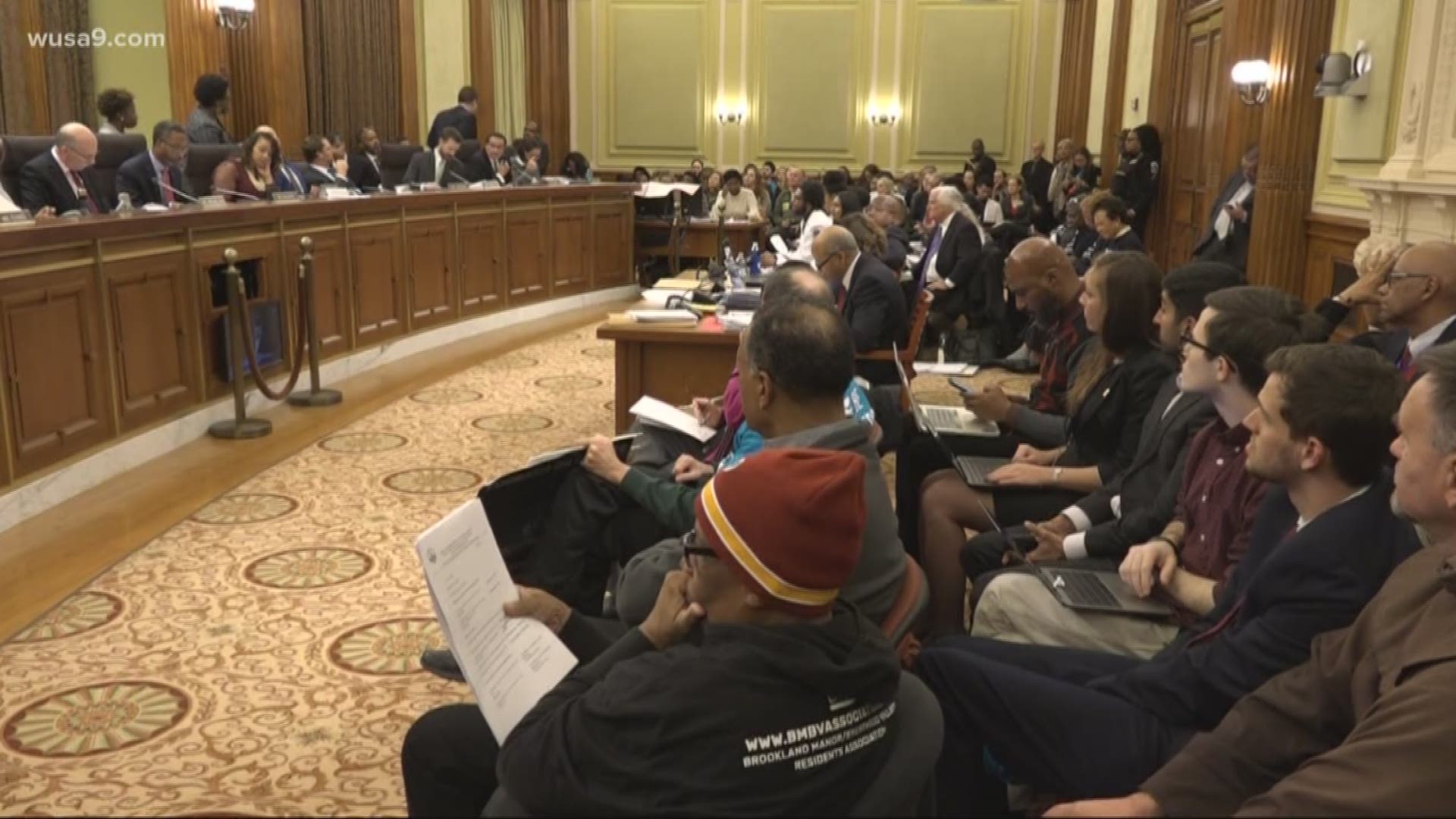 The legislation takes several gun issues and puts it into one omnibus bill, according to Councilmember Charles Allen, who worked on it.

The red flag law, which exists already in Maryland, gives family members, physicians, officers and others the ability to file a petition to have a gun removed from an individual they deem a danger to others or themselves. A judge can approve the petition and the firearm could be removed within hours.

“It gives a process through the courts where that gun can be removed temporarily to prevent them from doing harm to themselves or to others,” explained Allen.

He also said the red flag law could exempt someone from criminal punishment through an immunity provision if they are found to possess a gun illegally.

D.C. Police Chief Peter Newsham was critical of the immunity provision in a letter sent to the council recently, saying it will create an environment more accepting of illegal guns.

Newsham said in the letter, “by expanding the immunity provision to include felons, fugitives from justice, or anyone with a domestic violence conviction, the legislation will undermine efforts to protect the community and other potential victims of violence.”

“If that gun was used in a crime, immunity is gone,” said Allen responding to the chief’s concerns. “If they aren’t allowed to have a gun because they are under court supervision, they are prohibited – no immunity.”

“This is a very narrow, narrow piece that is the barrier between someone making a phone call because they’re trying to weigh, do I think they are going to do harm or do I want to have them get a criminal consequence? And we want to get the gun out of their hands,” said Allen.

“It’s a devastation that no parent should endure,” said Payne.

He has since become involved in Moms Demand Action and showed up at Tuesday’s meeting to support the bill.

“Living here in D.C., it’s a daily adventure when you wake up in the morning and somebody has been shot,” Payne explained. “But, that’s somebody’s child.”

She went on, “I know the pain. It’s something that will never go away. I carried my son in my womb. And now my son is gone from this world.”