By the next presidential election in 2020, 16 and 17-year-olds could be voting in the Nation's Capital. Advocates of the measure say they have the support of a majority of D.C. Council members. 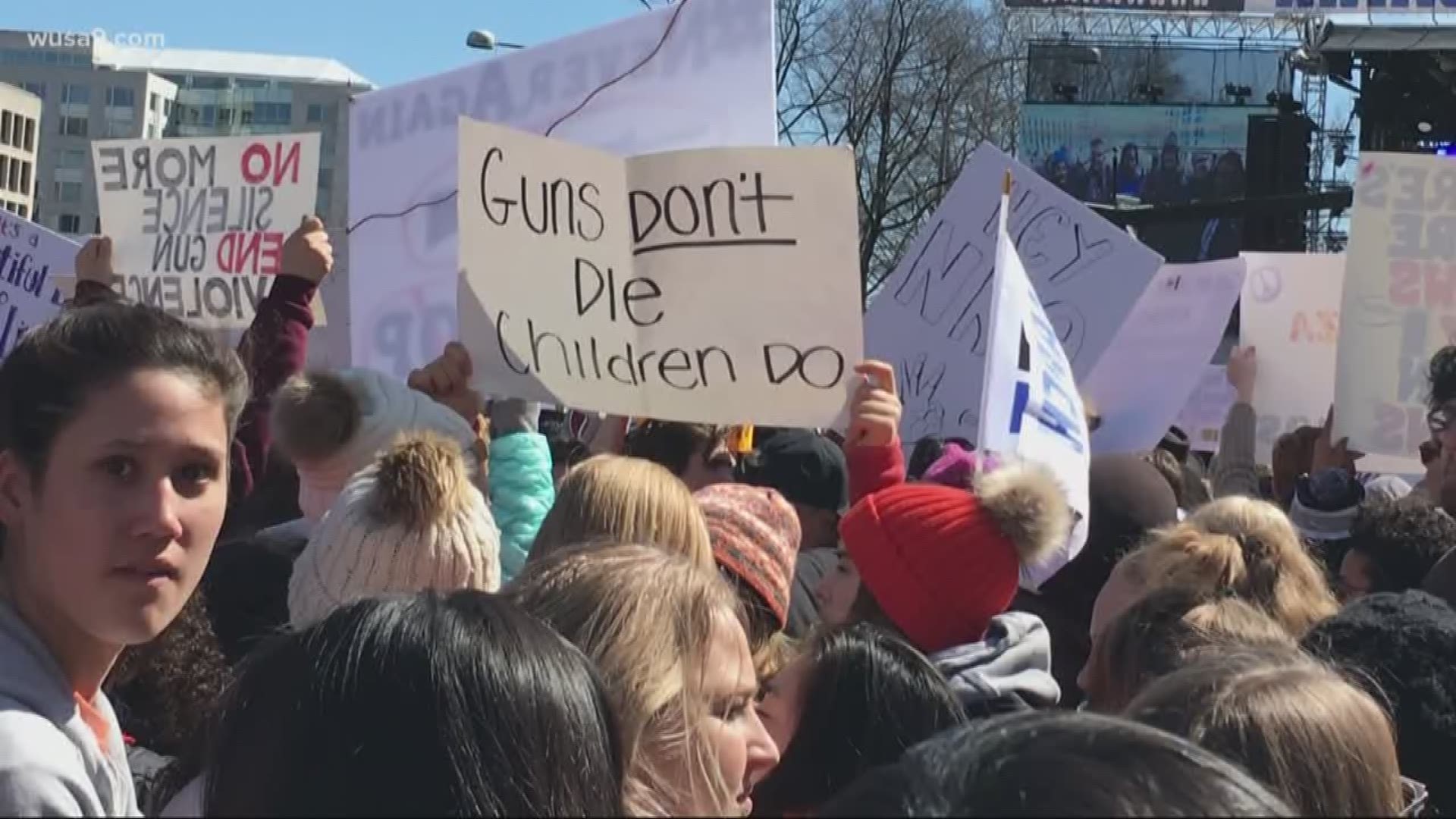 By the next presidential election in 2020, 16 and 17 year olds could be voting in the Nation's Capital.

Advocates of the measure say they have the support of seven of 13, a majority of D.C. Council members.

RELATED: VERIFY: What's being done to lower the voting age to 17 or 16?

"I think people are getting excited about this, especially with what's going on in the nation right now in terms of youth leading social change. So I think that people are going to be very excited about it and want to get on board," said Alisha Chopra, 18, a senior at School Without Walls.

The legislation was introduced on Tuesday by D.C. council member Charles Allen (D-Ward 6). He was inspired by the high schoolers we saw last month at the March for our lives campaigning for gun control. Hundreds of thousands of young people filled the streets.

The Parkland students who survived a mass shooting in February are already credited for changing laws in Florida.

Now, a group of young people in D.C. are working on getting the vote for 16 and 17 year olds.

"They contribute and are affected by the same things adults are, and they're having the same conversations about school and transportation," said Greta Jalen, 17, a student at School Without Walls.

"We work, we pay taxes, we care for family members, we can drive, we can do so many other things. So, adding voting onto that isn't going to be that big of a responsibility. We can handle it," said Alex Shyer, a 16-year-old Sophomore at Woodrow Wilson High School.

The last time the voting age was changed in this country was four decades ago. The Vietnam War was raging and students protested that it was unfair 18-year-old could be drafted but could not vote.

In 1971, Congress passed the 26th Amendment giving people 18 and older the right to vote.

It does not prevent states from setting a lower age.

RELATED: Is 15 too young to get married?

"Young people have such a powerful voice and the movements that they're creating are things that they really care about that they're able to express. I think voting will just be another step to increase that," said Abubakr Uqdah, 17, is home schooled.

D.C. would not be the first to lower the voting age to 16. Takoma Park, Md. was the first city in the United States to allow 16 and 17-year-olds to vote.

Then Greenbelt and Hyattsville, Md. along with Berkeley, Calif. have done the same.

At least two countries, Austria and Scotland, have lowered their voting ages to 16.

But, if D.C. passes the legislation, it will be the first time 16 and 17 year olds would be allowed to vote for for President of the United States.

Those jurisdiction that have lowered the ages are cities, not states. The District of Columbia takes on the role of a state, except when it comes to having a vote in Congress.

Supporters of the legislation are hoping to have a public hearing set up in June and then a vote on the measure before the end of the year.