DC’s queen of ‘Beat Ya Feet' dances for a cure

“Having the ability to move is like a check off in my mind that lets me know I'm still here. I haven’t lost it completely. I'm still grooving,” said Anthony. 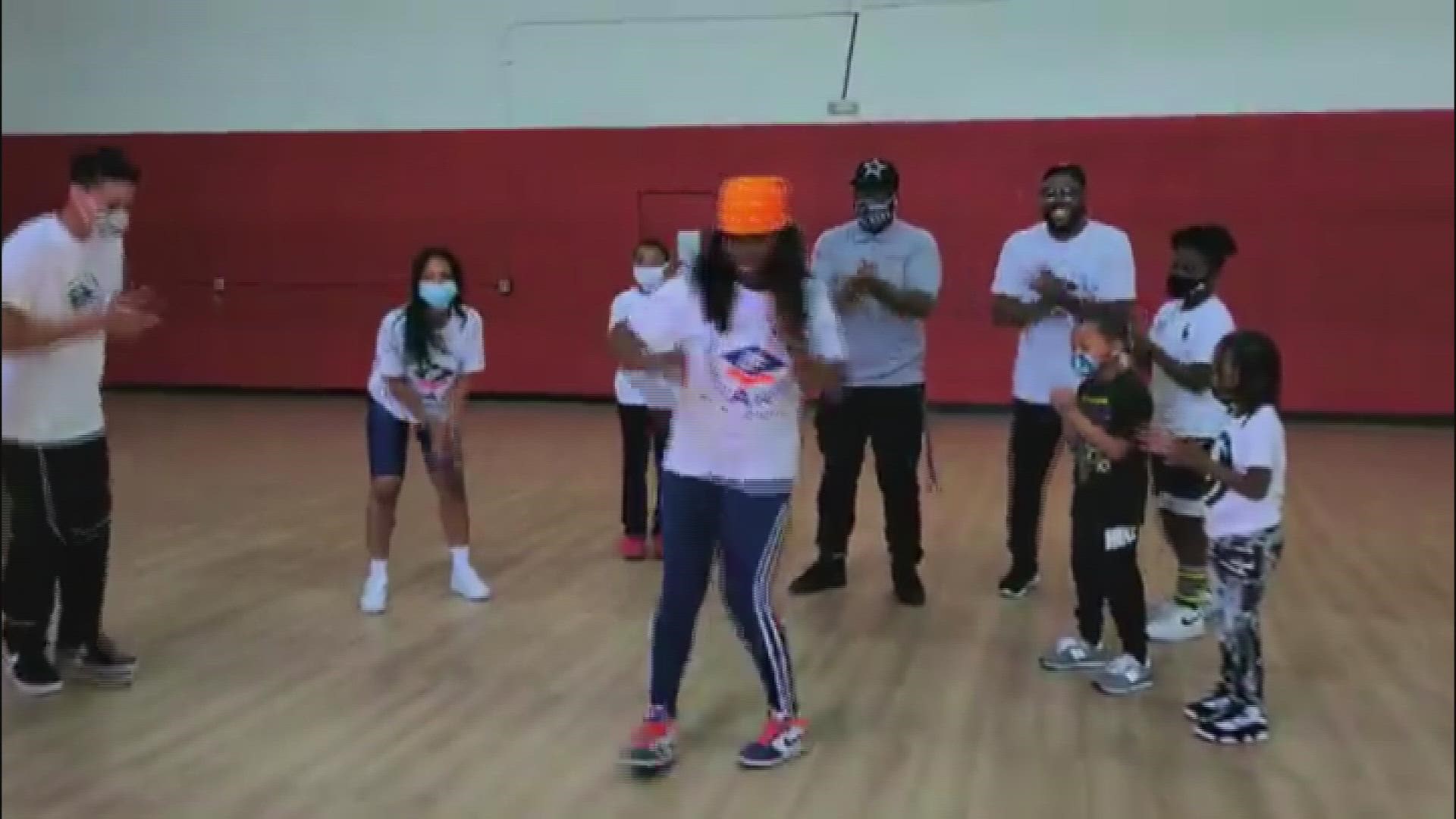 WASHINGTON — Porche “Queen P” Anthony is known by the DMV‘s dance community as the queen of "Beat Ya Feet." It's a dance style rooted in raw freestyle movement native to the D.C. area.

Beat Ya Feet is married to Go-go music like Salsa is to Latin music.

She was one of the original members of Beat Ya Feet Kings that competed on MTV’s America's Best Dance Crew. As the only woman on the team, she pioneered the landscape of the male-dominated artform. Her input moved the style of Beat Ya Feet from a freestyle movement to a choreographed dance expression that she now teaches all over the world.

But now she faces a new challenge.

Being a dancer requires her to be hyper-aware of the aches and pains in her body. In 2019, she went to the doctor to complain about a painful lump in her breast.

“They gave me some pain medicine and some follow-up information but I didn’t follow up,” admitted Anthony.

She went back to the doctor exactly one year later, only to find out that the same lump grew significantly bigger. After many tests, the doctor told her that she had triple-negative breast cancer and if she had waited any longer it would have been too late.

“A part of the reason why I didn't attack the situation was because I’m 30-something years old. If I was 40, I would have been like ‘let me check this out,' Anthony said.  “But at the same time they would have already set me up for the mammogram (if I were 40) because that’s the “appropriate” age for that next step.”

Anthony’s unexpected breast cancer journey inspired her to create a non-profit called Love Queen Cure. Her organization focuses specifically on young women. Through her experience she realized that young women often get breast cancer attention upon discovery but not through early detection. Instead of walking for a cure or running, Anthony is choosing to dance.

“Having the ability to move is like a check off in my mind that lets me know I'm still here. I haven’t lost it completely. I'm still grooving, I'm still moving,” said Anthony.

She had both of her breasts removed, completed radiation and all along it was her faith and dance that kept her anchored. She dances every chance she gets. Although she can’t dance for as long as she used to, it still lifts her spirits.

“Everything that God does, He’s going to turn that thing around but it’s going to be for His glory,” said Anthony. “And when I come out of this, I have a story to tell!”

RELATED: 'Beat ya feet' to keep kids off the streets: DC dancer inspiring his community