Community helps Southeast, DC elderly woman who struggles to get to nearest supermarket

Her two bus, two-mile, one wall journey to the grocery store left many frustrated but highlighted a clear food disparity in the East End. 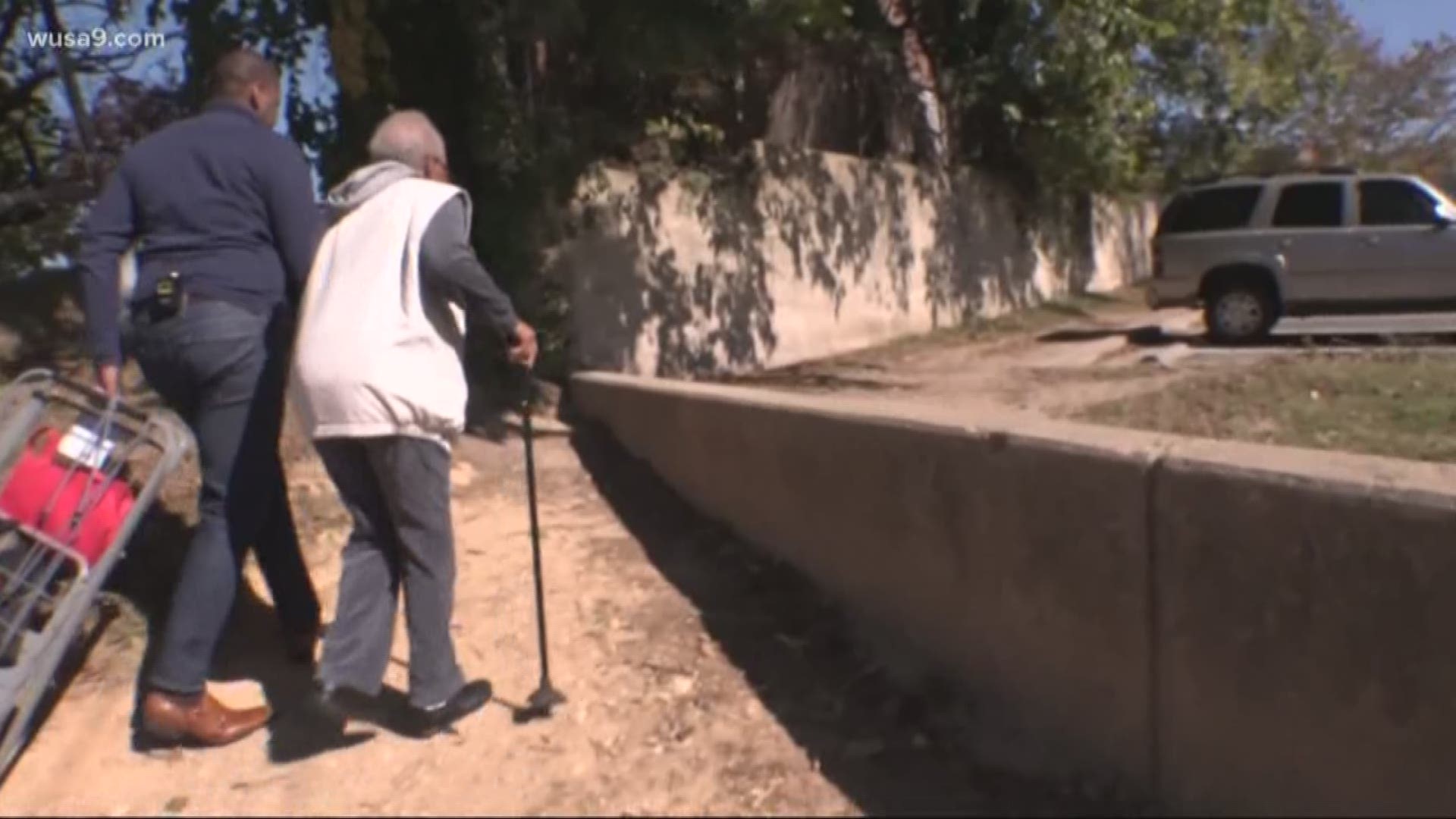 WASHINGTON -- An elderly woman from Southeast D.C., who only makes it to the grocery store once a month because of limited options in her neighborhood is getting love and support from her community.

Earlier this year we profiled the spry 82-year-old Ms. Lucille Tibbs who has lived in Southeast for more than 30 years. Her two bus, two-mile, one wall journey to the grocery store left many frustrated but highlighted a clear food disparity in the East End. The two-mile route is her typical trek to the nearest supermarket, a Safeway in Southeast D.C.

“We have been doing too much talking,” said David Street in a Facebook post. “We need action”.

Tibbs lives in Ward 7. Between Wards 7 and 8, there are only three grocery stores for more than 148,000 residents. The majority of residents in the area are African American and lower income, according to a report by DC Hunger Solutions.

Across town in Ward 3, there are nine grocery stores for nearly 80,000 residents; the majority of whom are White with a higher median income.

"The disparity in service is disgusting,” said Carmen Shamwell in response to our original story.

It's more than just food. It’s about the quality of life for residents on the East End.

The WUSA9 newsroom was flooded with phone calls, Facebook messages, and emails from people wanting to help. Some kind souls offered to drive Tibbs to the grocery store.

Others, like the DMV Justice Organization, now drops off free groceries to Tibbs once a month. DMV Justice has a simple mission: improve the lives of the community.

“It was heart-wrenching to see that,” said Latreace Paris, a volunteer with DMV Justice, describing her reaction to our original report.

Paris said she and members of her organization were deeply affected by Tibbs’ story and felt compelled to help.

“We all have elderly [people in our lives]. We can do something,” she explained.

We were there when Paris, along with her son, made their first donation to Tibbs. They had several bags of groceries filled with vegetables, fruits, meats, and rice. It was enough food to get Tibbs through the month.

"It’s so wonderful because it helps me a whole lot,” said Tibbs.

Community activists and entrepreneurs recognize the food disparity in the East End and are trying to help. In 2019, Philip Sambol will open a second location of his Good Food Markets in Ward 8. The new store location will give Ward 8 its second grocery store — widening food access to 30,000 people within the one-mile radius of the planned South Capitol Street store.

"For years, I heard all across the board from bank offices to the guy on the street, these people don't want that food,” said Sambol.

"We knew that was fundamentally wrong."

The D.C. Council recently passed three bills aimed at incentivizing large grocers to plant locations in the East End. Still, no large-scale grocer has signed on.

"I know there are a number of people who made the argument this may be racial,” said D.C. Ward 7 Councilman Vincent Gray in May.

“I think it's different in this instance. I think it’s a situation where the economics haven't induced some of these others to relocate in the East End.”

We asked Sambol if he thought race played a role. He responded, “I think it does and I think it's evident by how many organizations within D.C. and nationally are working to change that”.

Unfortunately, Sambol’s new store won’t be much help to Tibbs — but she’s thankful progress is being made.

“I hope one day a store will come in this community because it is a struggle,” she said.