If anyone else was involved, they have yet to be charged. 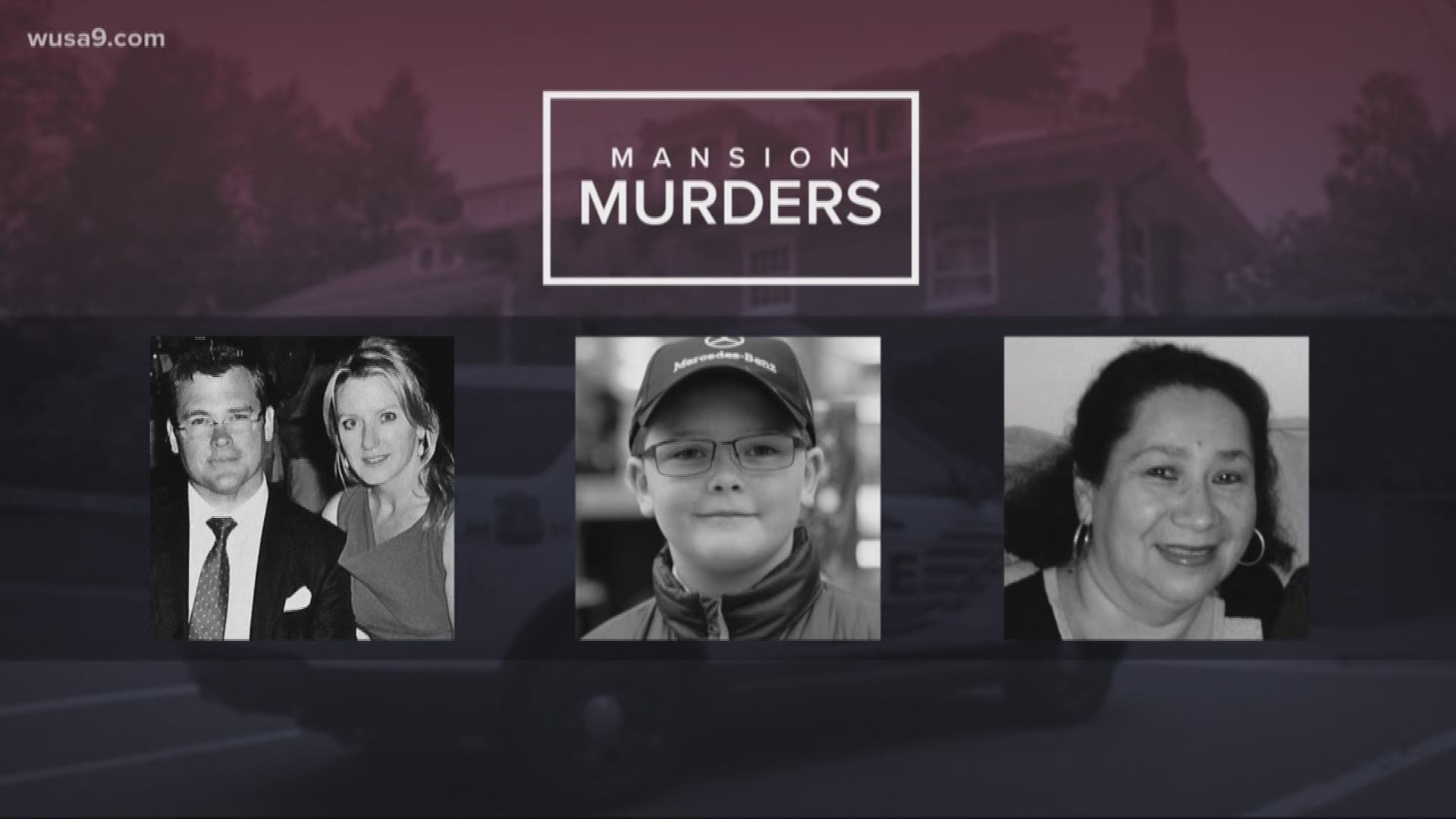 WASHINGTON -- Prosecutors just publicly released their evidence in the DC Mansion Murders trial -- and it's chilling.

The haunting voicemails, photos of the burned bedrooms, the bat, sword used to kill the four victims and the 911 call for the home on fire were released.

It's a massive amount of evidence against Daron Wint, who a jury just convicted of the killings in May, 2015. The jurors didn't buy Wint's story that his brothers duped him into going to the house. He said he knew nothing about the murders until he went to a relative's house later that night.

Housekeeper Vera Figueroa and 10-year-old Phillip Savopoulos were home alone when Wint broke in. When Amy came in later, he overwhelmed her. Then Savvas arrived. Prosecutors said Wint tied up all the victims with duct tape and zip ties, which he burned later to try and hide the evidence.

He forced Savvas to call the family's second housekeeper and tell her not to come in, and the US Attorney's Office released audio of that call.

Firefighters found the bodies, three in one room. Then investigators found young Phillip in his room, which was gutted by flames. You can hear firefighters calling out, "It's a crime scene," in another audiotape.

Detectives found a sword in a bathroom and a bloody bat in a bedroom, and prosecutors released photos of both. Wint left his DNA on a cold crust inside detectives found in a Domino's pizza box. They also found his DNA on a knife found stuck in a basement window.

He torched Amy Savopoulos' Porsche and his own minivan in an apparent effort to destroy evidence.

Wint couldn't get away with murder. If anyone else was involved, they have yet to be charged.

Sentencing for Wint is slated for February 1. Prosecutors want him to spend the rest of his life in prison with no possibility of parole.