ResistBot is here to help you get your voice heard to your representatives. 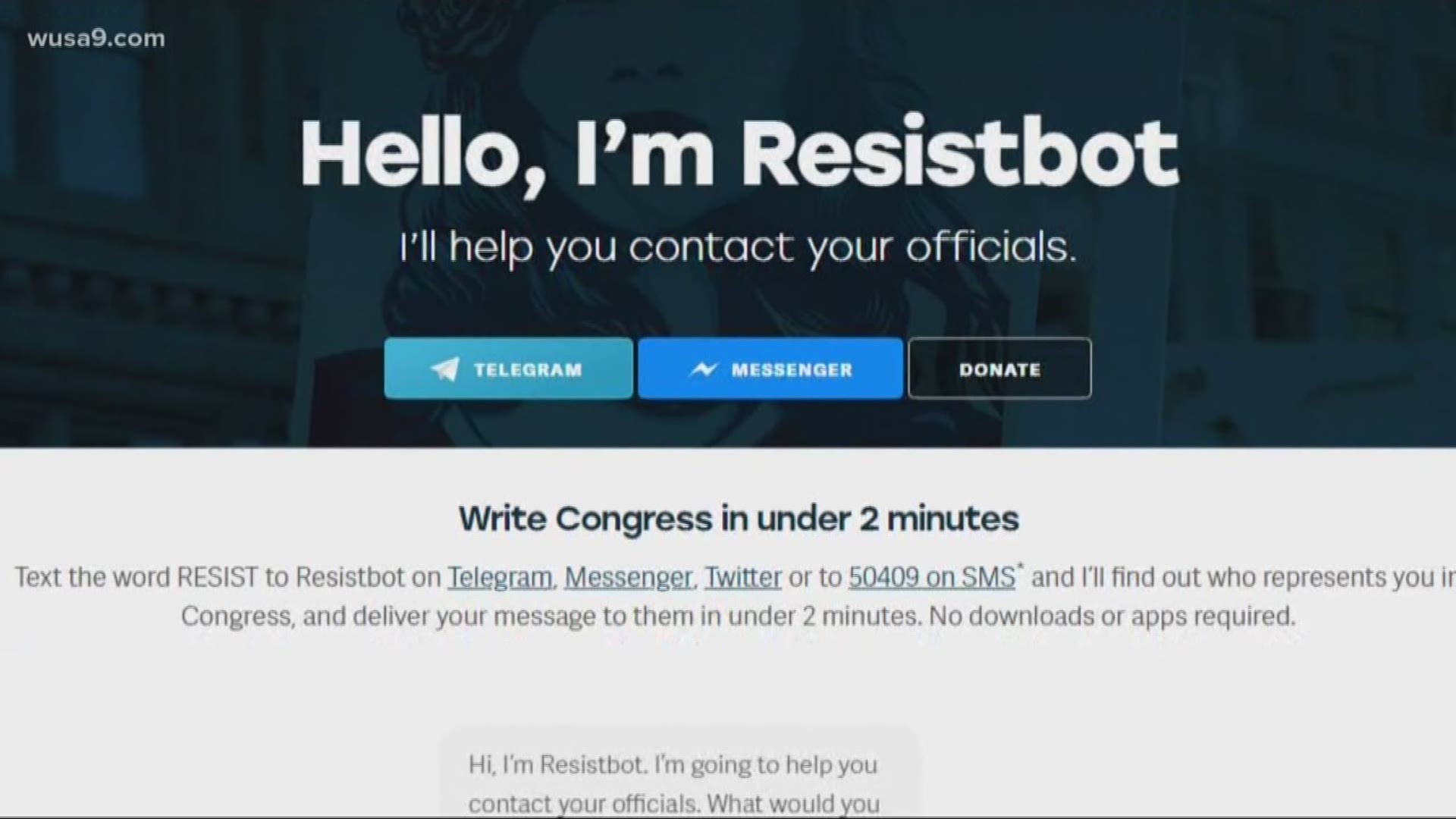 WASHINGTON — WASHINGTON -- It's social media's answer to a decades old problem: How can you make your voice heard once your representative leaves the campaign rally and heads to Washington?

"A lot of the time the elected officials tend to forget who they are there to actually serve," said Athena Fulay.

Fulay lives in the District and volunteers with ResistBot, a system that helps citizens coast to coast craft message for their elected officials in just a few minutes.

"It sort of cuts out a lot of the logistical issues of doing things and being able to have your voices heard," she said.

Launched in March 2017, ResistBot has gained media attention from Teen Vogue to the Miami Herald to local blog The DCist. It started with faxes and has broadened to even helping constituents write opinion articles and sending them to local newspapers.

ResistBot helps users reach out to members of congress and state governors. Co-Founder Jason Putorti told WUSA9 they plan to add state legislators to the list of recipients.

Putorti said in a matter of months, use of the bot exploded. They've counted roughly 4.5 million users so far and generated about two million pieces of content. Celebrities such as Khloe Kardashian and Debra Messing have tweeted about ResistBot's impact.

"We really had no idea it would get so large," Putorti said. "We basically built it in a weekend."

According to ResistBot's webpage, the organization admits it was founded by people who are "deeply opposed to a number of the current administrations actions..."

We asked if it's a bot for all, or for some.

"We want everyone to be heard and we will faithfully deliver letters regardless of position or ideology," Putorti said.

Fulay said she's marched the halls on the hill for up to 21 hours total - usually giving up her own lunch break in the name of civic duty.

"I feel hopeful, because the more people we get doing this and talking about it and really seeing the value and the power of their role in this process, the better I think we will all be for it," she said.