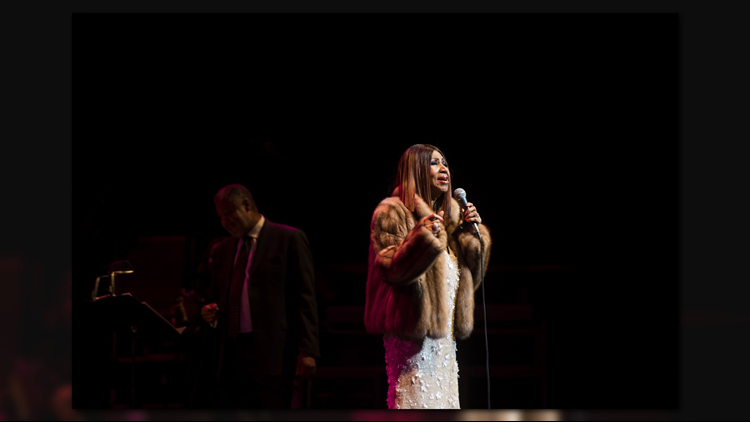 Aretha Franklin performs in the summer of 2017 during a concert at the Wolf Trap in 2017. PHOTO CREDIT: Traci Medlock/Lock and Co. for Wolf Trap

Aretha Franklin, friend of presidents and honored by Kennedy Center, throughout the years in DC

The Queen of Soul Aretha Franklin was reported “gravely ill” on Monday, just a year after she performed one of her most recent concerts at the Wolf Trap in Virginia.

Franklin took to the stage in July 2017, dazzling in a mink coat and floor-length gown. During the concert, she allegedly told fans that she had lost weight, dropping from a size 18 to 14.

Just a month earlier, during her 2017 Detroit concert, she told the crowd to keep her “in your prayers,” according to the Detroit Free Press.

Concerns of Franklin’s health began long before this year. In 2016, Franklin canceled an August concert at the Wolf Trap, citing “doctor’s orders.”

UPDATE: On the advice of doctors, @ArethaFranklin has cancelled her 8/26 show at #WolfTrap. Details + refund info: https://t.co/iwZ39xhpFT

Nonetheless, the Queen of Soul has been a prominent performer in the DC-area throughout the years, notably appearing alongside several presidents and earning many different honors along the way.

PHOTOS: Aretha Franklin throughout the years in DC 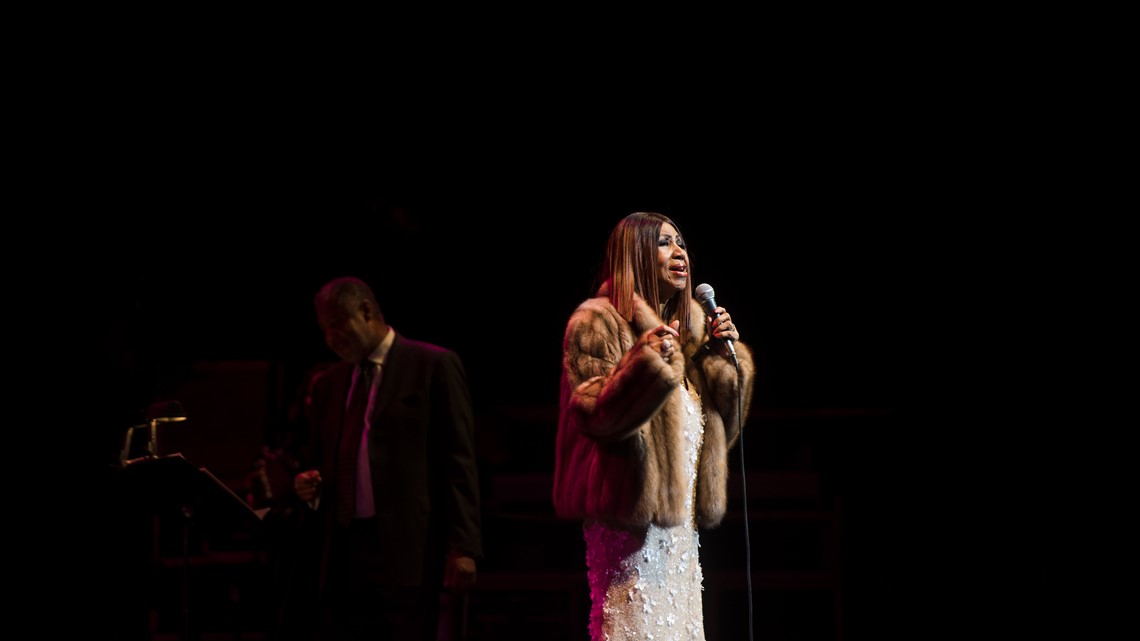 In April 2016, months before she would cancel her Wolf Trap concert, she sang at the International Jazz Concert on the White House Lawn. Also, there was President Obama and actor Morgan Freeman.

In 2015, she made honoree Carole King and attendees, including the Obamas, cry when she performed “(You Make Me Feel Like) a Natural Woman” at the 2015 Kennedy Center Honors.

The highly-viewed video shows Franklin first starting out at a piano, clad in a fur coat, before rising to the center of the stage. As she belts the song, she drops the coat, revealing a floor-length pink dress with gold embellishments. By the end of her final note, with her arms raised in the air, every person in the audience is on their feet.

Franklin has attended the Kennedy Center Honors several times in the past few years and was named an honoree in 1994.

Her closeness with President Obama was apparent during his presidency. She sang during a 2015 farewell ceremony for Attorney General Eric Holder and is pictured fist-bumping the president. In 2013, she performed at the White House Christmas tree lighting.

Alongside the Obamas in 2011, Franklin sang at the dedication ceremony for the Martin Luther King Memorial on the National Mall.

And, of course, she performed at President Obama’s inauguration in 2009, singing “My Country ‘Tis of Thee."

President Obama wasn’t the only president Franklin was recognized by nor was he the first president whose inauguration she performed at.

WASHINGTON -- Aretha Franklin wipes away her tears after US President George W. Bush presented her with the Presidential Medal of Freedom, the nation's highest civil award, in the White House in 2005. (MANDEL NGAN/AFP/Getty Images)
MANDEL NGAN

In 1999, President Bill Clinton, with First Lady Hillary Clinton at his side, awarded Franklin the National Medal of Arts and Humanities Award. That same year, she performed for the president and the press at the White House Correspondent’s Dinner.

In 1999, she sang “I Dreamed a Dream” at President Bill Clinton’s inauguration.

Long before that, she performed at President Jimmy Carter’s inaugural gala in 1977.

And, true to her nature, the Queen of Soul Aretha Franklin appeared and sang at many of these performances clad in her furs.

No further updates were provided on Monday regarding her health.