Protesters came out Monday to try make their voices heard against the recent ICE raids. 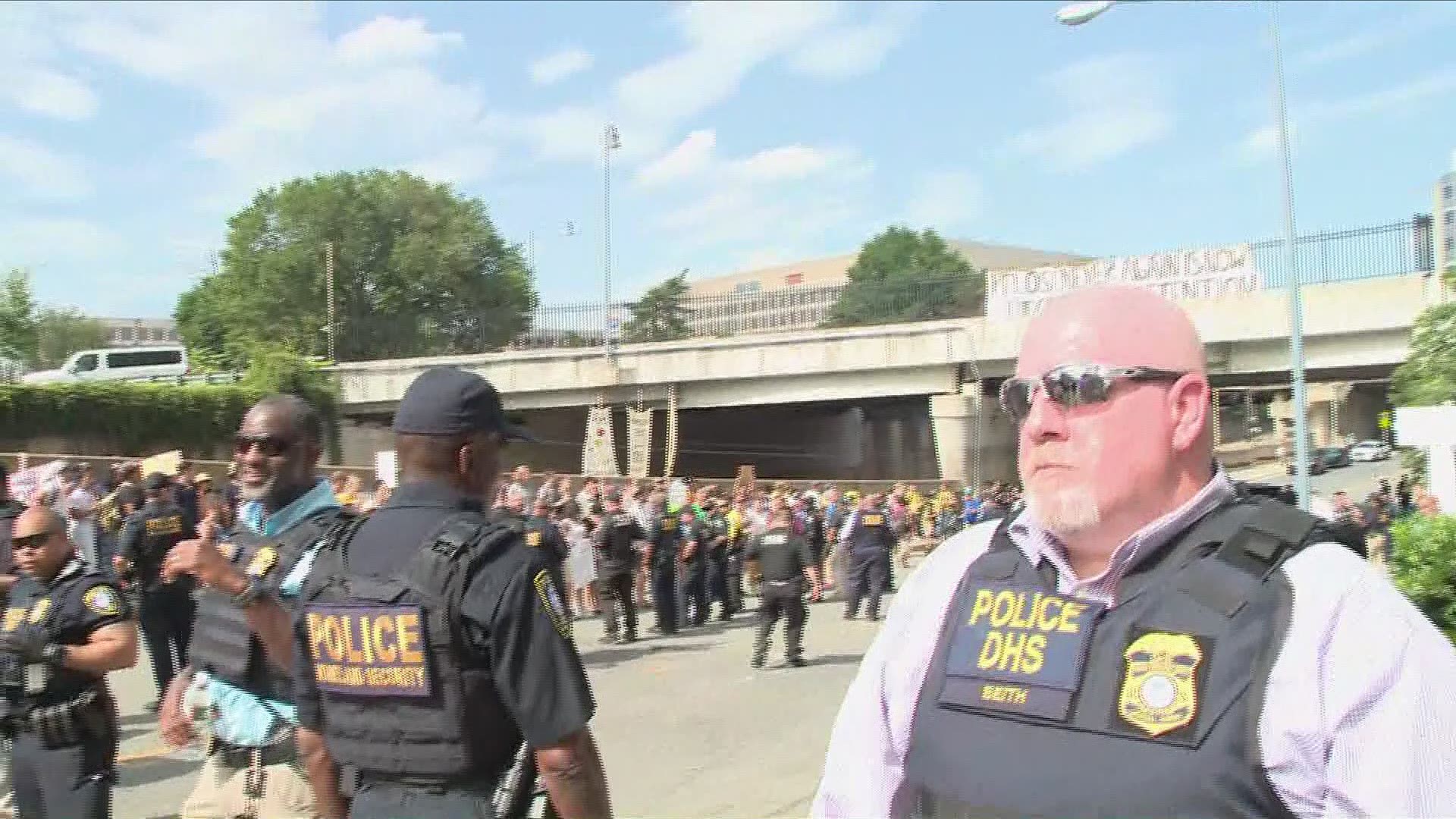 WASHINGTON — Protesters took to the streets of Washington D.C. Tuesday afternoon to rally against ICE and the recent raids on immigrant families.

Before the end of the protest, 11 people were arrested for going into the ICE headquarters, police confirmed.

Outside, protesters sang "which side are you on?" and chanted "never again means close the camps."

The protest was organized under the Never Again Action - a Jewish led group that calls for the shutdown of ICE - and Movimiento Cosecha, a non-violent group fighting for "permanent protection, dignity and respect" for undocumented immigrants in the U.S.

"Over one thousand Jews, immigrants and allies across the country will shut down ICE in downtown Washington DC," organizers wrote in a release. "Demanding that speaker Nancy Pelosi and all elected officials follow our leadership and take immediate action to end ICE's reign of terror as the first step in a comprehensive solution to the immigration crisis."

At the rally, people held signs in protest, including woman who held a poster that read "Never again means now, Jews say close the camps." It featured a drawing of a darker-skinned child with their arm around a black and white depiction of Anne Frank.

The phrase "Never Again" has been an important phrase for the Jewish community for years, said in hopes that people never forget what happened during the Holocaust. In recent years, it has been somewhat co-opted by victims of mass shootings, like the students in Parkland, Florida.

The Never Again Action group, led by young Jewish activists, use the phrase to draw comparison to Nazi Germany, and imply that the overcrowded cages of refugees at the southern U.S. border are a slippery slope toward something even worse.