According to DC Fire and EMS, the five-story building houses senior citizens. 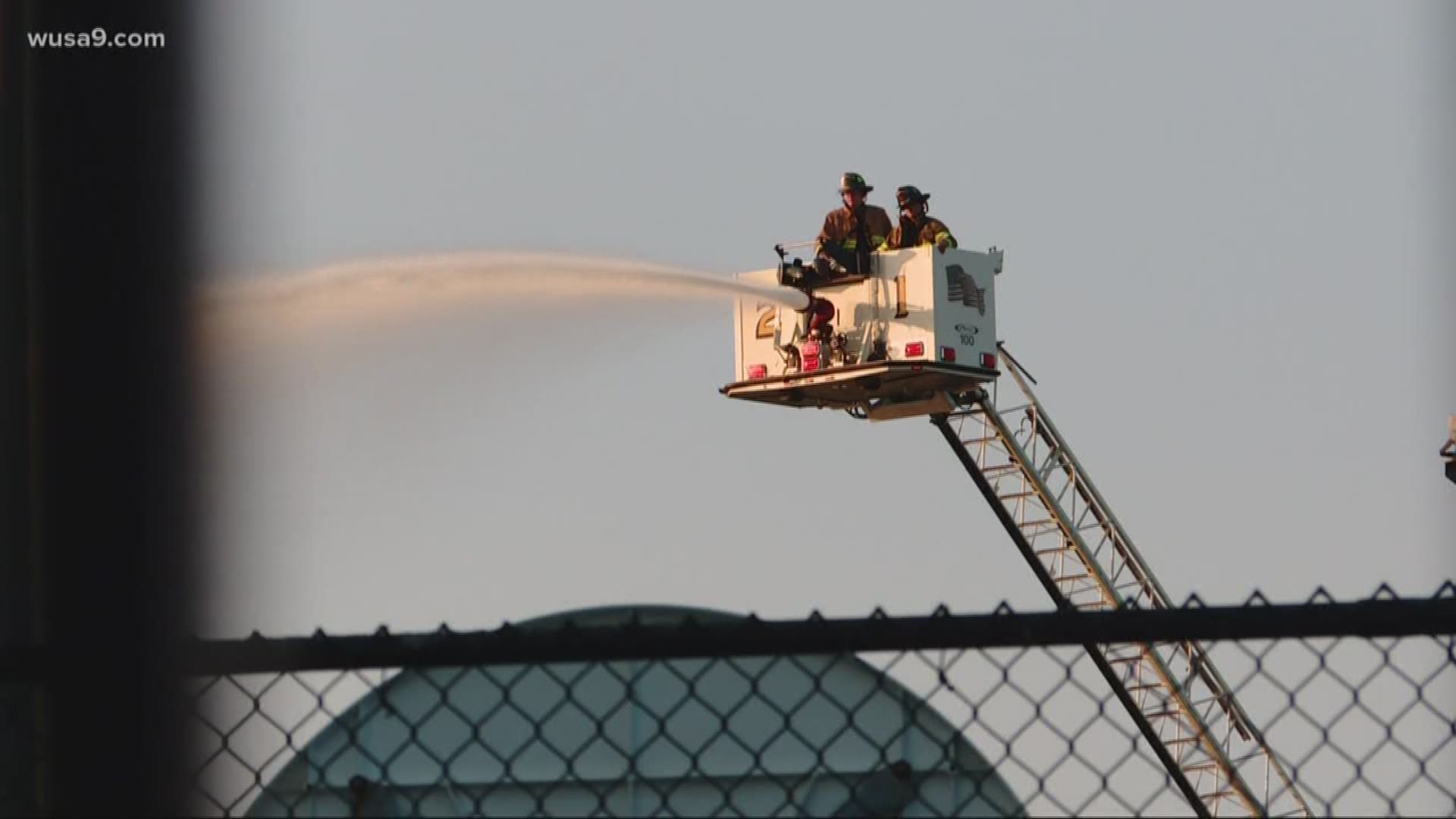 WASHINGTON – Firefighters continued to fight a fire at an apartment building in Southeast, D.C. on Wednesday night after seniors citizens living in the building were rescued.

The three-alarm fire started around 4 p.m. at an apartment located in the 900 block of 5th Street. According to DC Fire and EMS, the five-story building houses senior citizens.

At one point, a firefighter was seen climbing down a ladder rescuing a person trapped by the flames.

UPDATE: Along with @dcfireems and other agencies, U.S. Marines @USMC ran over to help rescue seniors from Arthur Capper Apartments on 5th St. @wusa9 pic.twitter.com/24OHaolEVJ

In a press conference on Wednesday, D.C. Mayor Muriel Bowser said all tenants in the building were accounted for and were able to make it out of the building. Fire officials and EMS crews will continue to search the building on Thursday after it's safe to enter the building.

About 100 Marines, the building's management team and neighbors showed up to help assist fire officials with evacuating residents from the building.

It was reported that the fire alarms were not working in the building and fire officials said they will continue to investigate the alarm system.

On Wednesday night, approximately 87 residents from the building were being cared for at the Greenleaf Recreation Center.

According to investigators, it appears the fire started on the roof.

Four people were transported to the hospital with non life-threatening injuries.

According to investigators, the building passed its most recent inspection within the last year.

The cause of the fire is unknown at this time.

Arthur Capper Senior Apartment is a new senior community in Capitol Hill that was completed in 2007. It has 162 units.

This is a developing story and WUSA9 will have more as information becomes available.