John McCain will lie in state Friday from 11 a.m. until Saturday morning, with members of the Capitol Police Honor Guard keeping vigil over the casket after visitors leave the Rotunda. 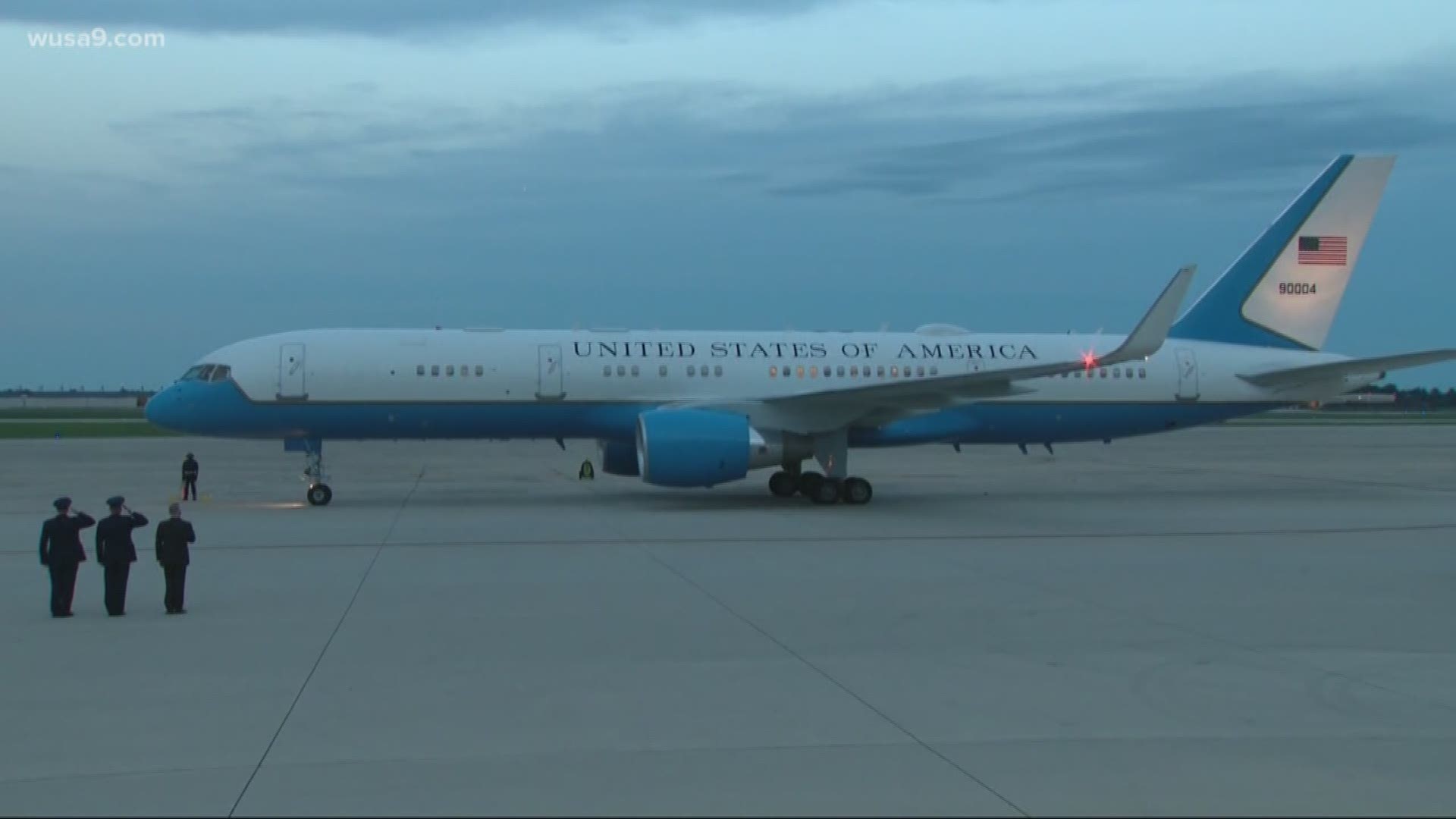 JOINT BASE ANDREWS, MD -- Members of the National Guard loaded the flag-draped casket into the familiar state blue and white aircraft Thursday, a symbol of American power serving presidents, vice presidents and first ladies for 20 years.

The aircraft normally designated “Air Force Two” carried John McCain and his family to Washington, D.C. on Thursday, as he made his final flight across the country.

The plane arrived with clear airspace just before 8 p.m., as President Donald J. Trump held a campaign-style rally in a different time zone, 700 miles away.

RELATED: John McCain's Memorial at the National Cathedral: Everything you need to know

But McCain’s Air Force Boeing C-32A is indeed equipped to carry the president on short-range trips, and is usually reserved for the vice president or first lady.

The trip marked the first time McCain returned to the Washington area since he left for Arizona, a week before Christmas 2017.

McCain will lie in state Friday from 11 a.m. until Saturday morning, with members of the Capitol Police Honor Guard keeping vigil over the casket after visitors leave the Rotunda.

After a deeply personal memorial service in Arizona Thursday morning, the Rotunda ceremony is expected to take a decidedly more stately and political tone.

The chaplains of the House and Senate will also deliver remarks, with Cindy McCain then leading the procession of politicians, family members, dignitaries and the public past the casket.