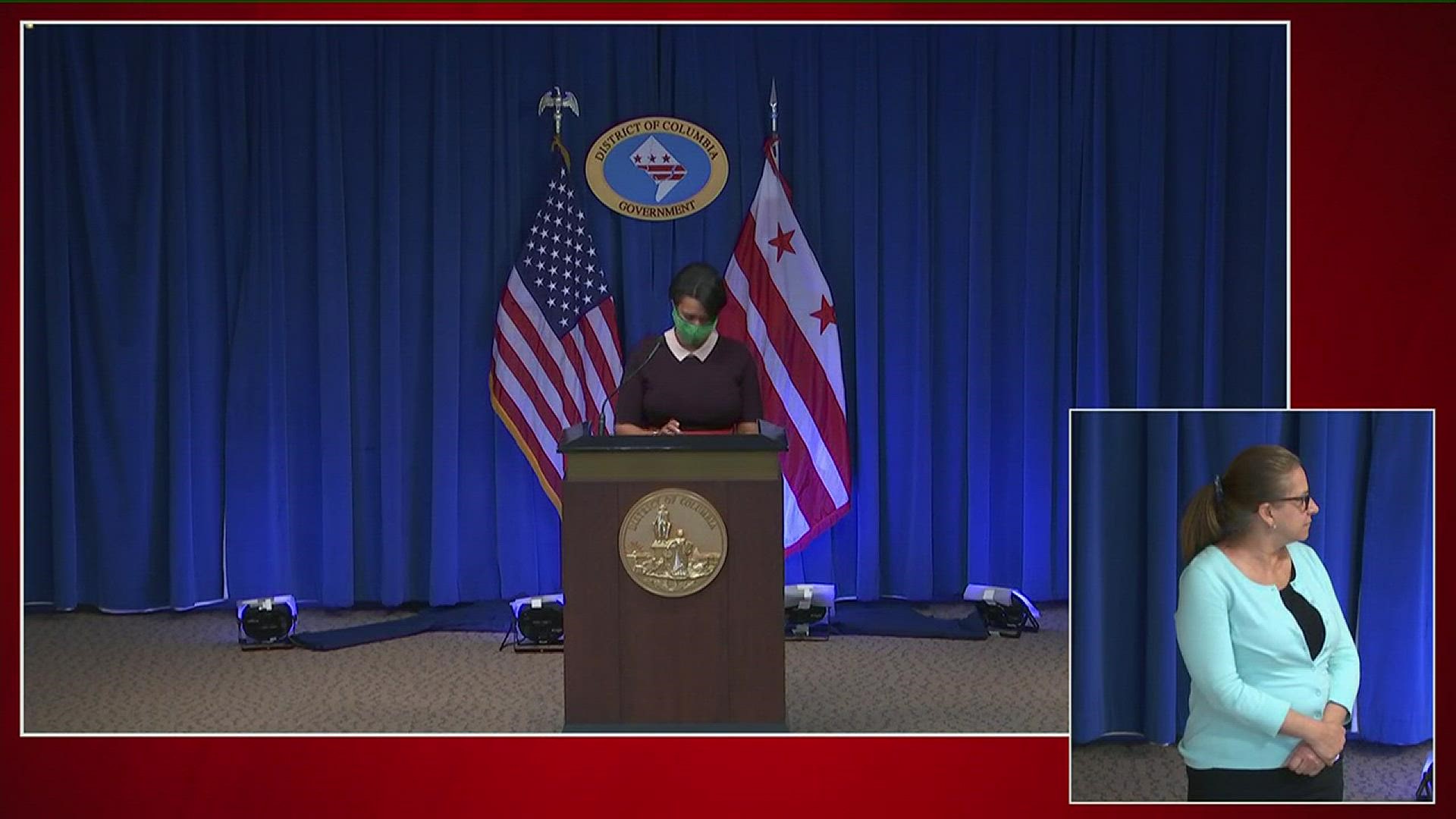 WASHINGTON — More than 300 people, a majority of whom for violating the curfew, were arrested Monday night across the District, officials said Tuesday morning. This comes after the fourth day of demonstrations in D.C. over the killing of George Floyd in Minneapolis.

Metropolitan Police Department Chief Peter Newsham said the arrests were made for a three primary reasons: Violation of curfew, burglary and rioting.

The arrests were all made after multiple warnings, and Newsham explained some arrests were made to prevent extreme violence and destruction that occurred the previous nights during protests.

Two officers were injured, one police car was set on fire, and some property destruction, including smashed glass and graffitti, were also reported, Newsham said.

Newsham said munitions, including pepper spray and sting balls, were used to break up a group of 300 protesters at Metropolitan Police Headquarters who had became "aggressive." Injuries to that group, if any, were not discussed.

Around 9 p.m., people in the NW 2400 block of 14th Street were arrested for "aggressive behavior consistent with behavior that preceded with the two nights before," Newsham said. He said they were trying avoid the looting and destruction seen in previous nights.

The largest arrests came from a group of about 200 people in the 1400 block of Swann Street, who were arrested for violating curfew, Newsham said.

Some protesters were funneled by police into Swann Street off 15th Street Monday night. Residents there let them into their houses as police waited for them to come out to arrested them for defying D.C.'s 7 p.m. curfew.

When curfew lifted at 6 a.m. Tuesday, dozens of protesters safely left the Logan Circle home where the homeowner provided refuge, helping them escape arrest. Newsham said that police there were in constant communication with the homeowner and that "Those people were ultimately not arrested."

Curfew implemented by Mayor Muriel Bowser was set from 7 p.m. to 6 a.m. and continues Tuesday into Wednesday.