According to data collected by Long and Foster, the number of units sold in Capitol Hill Southeast nearly tripled this September compared to 2019. 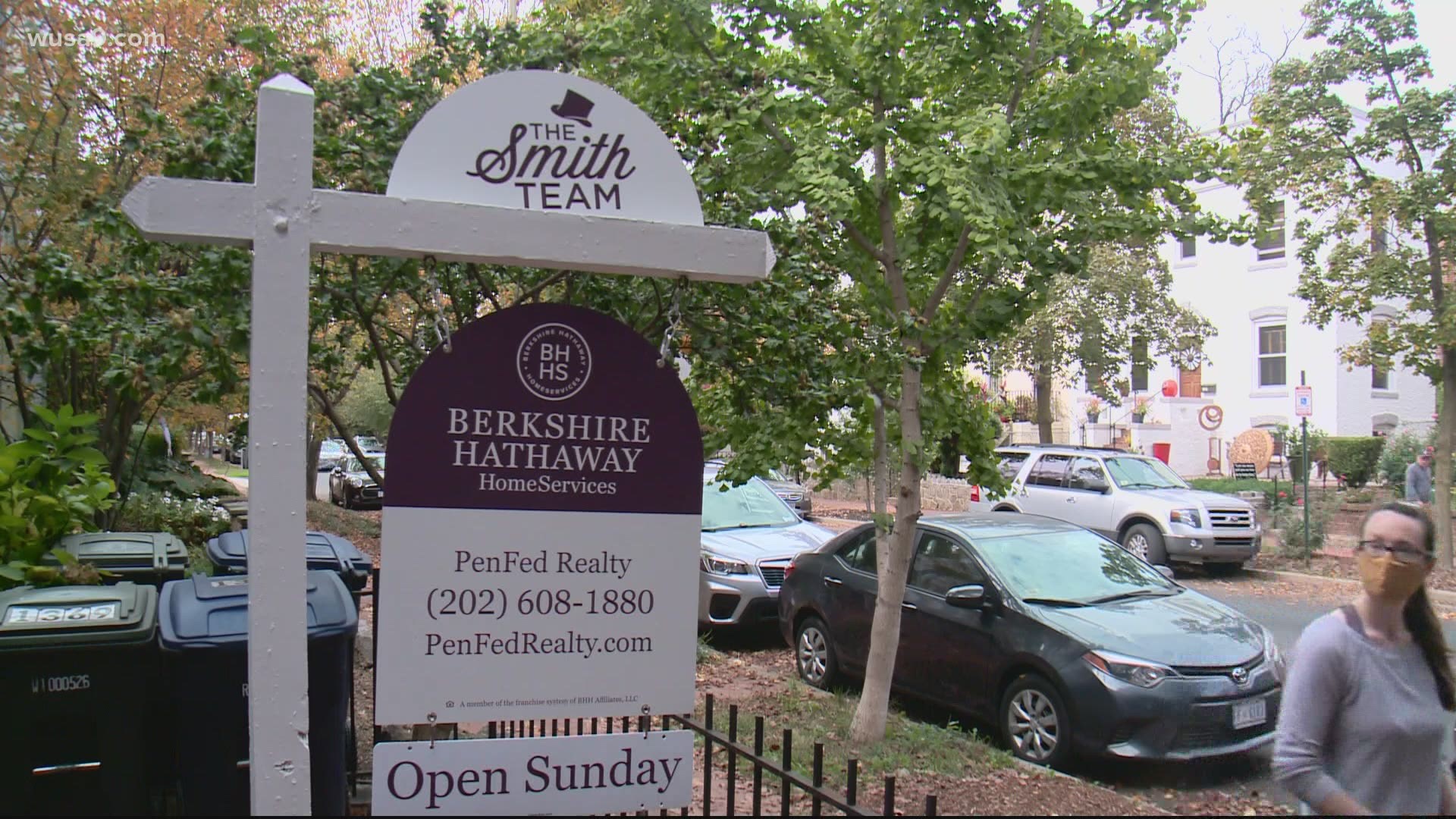 WASHINGTON — Nearly 15,000 people have left the District since the start of the pandemic, according to an analysis by ‘My Move’ -- based on USPS address change requests.

But plenty of people are moving within the area, too — and that’s keeping real estate as hot as ever in our area.

Dan Ryan has been on the hunt for a new home for months, after years of renting in the district.

Ryan said his realtor warned him to be ready when he sees something he likes.

“To be prepared to come in with a strong offer and move quickly," Ryan said.

“Five to seven days from listings to contracts," Grimm said

Grimm has sold properties in the neighborhood for more than a decade — as he describes the current market as, “dynamic, robust, certainly hot is a good word for it.” Grimm.

According to data collected by Long and Foster, the number of units sold in Capitol Hill Southeast nearly tripled this September compared to 2019 — an increase of 196%.

Grimm thinks all that activity is being driven by low-interest rates- and a quest for more space.

“More are moving around inside town," Grimm said.

Long and Foster president Boomer Foster said D.C. is largely bucking a trend happening in other major US cities.

“We have expected a flight away from density," Foster said. “The only major MSA where that’s not happening is Washington, D.C. We see a very strong market in the District.”

Still, Foster said suburban markets are growing in their own right.
Across the D.C. Metropolitan area, sales volume in dollars was 50% higher this September compared to last.

Foster said not only has the pandemic not slowed sales. So far the month of October has also exceeded expectations. He says closed cases this month are 40% higher than last year despite the uncertainties of the upcoming election.

“2020 is essentially a year of exceptions for us," Foster said.

According to data from Long and Foster: the median sale price across the DMV was 14% higher than the same time last year.

RELATED: Looking for your dream apartment in DC? One District realtor answers your questions about moving during a pandemic

RELATED: CDC halting evictions for some people due to coronavirus