DC statehood hearing held for the first time in 26 years

It's the first step in the process to accomplish the passing of H.R. 51, or the Washington, D.C. Admission Act. 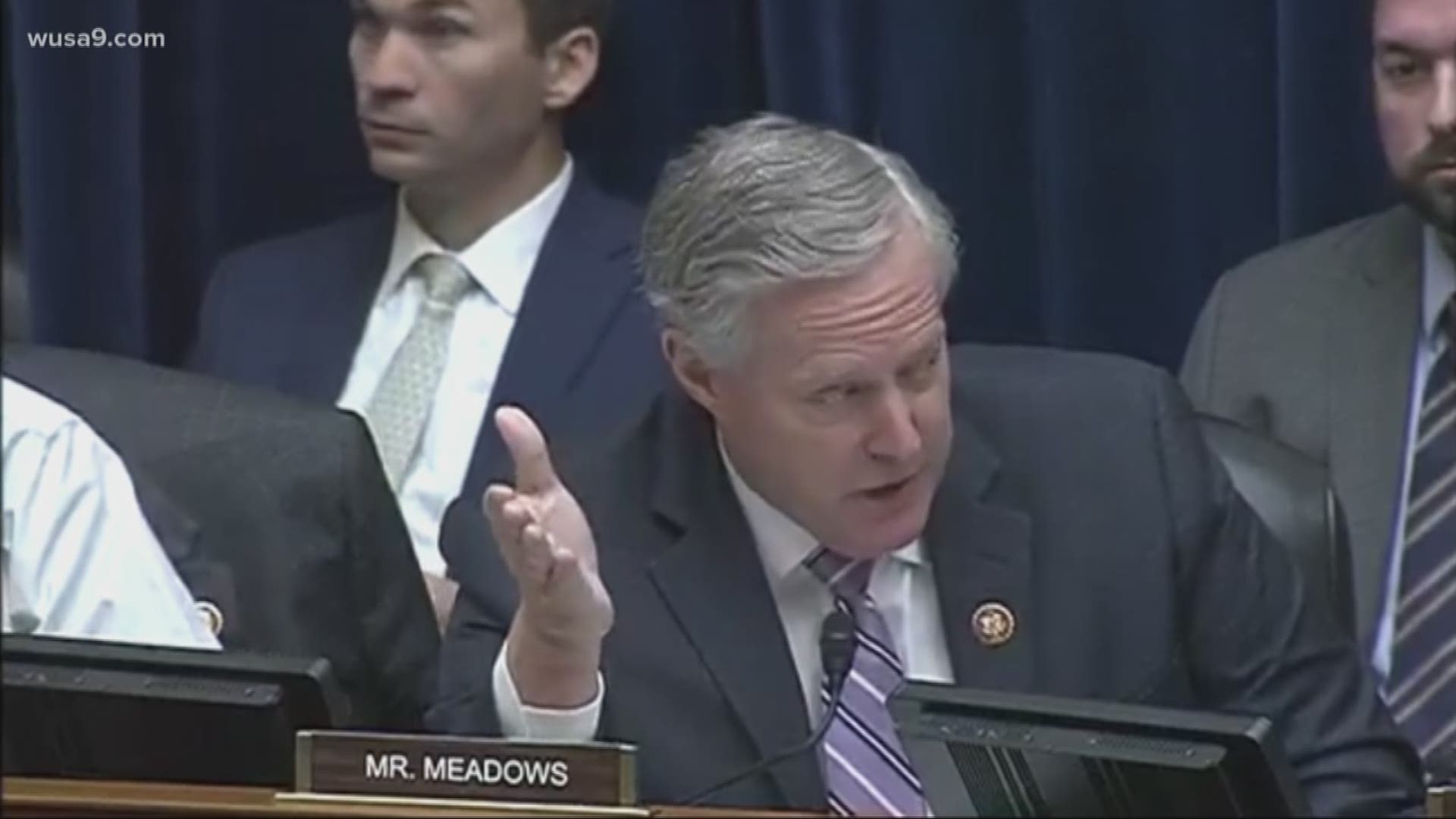 WASHINGTON — The U.S. House of Representatives held the first hearing on D.C. statehood in 26 years. It was the first step in the process to accomplish the passing of H.R. 51, or the Washington, D.C. Admission Act.

More than 700,000 D.C. residents pay federal taxes but don’t have equal representation in the national government. Here in the District, the majority of voters -- 86 percent, according to the D.C. Statehood office -- appear to support statehood. In 2016, D.C. residents passed a referendum supporting statehood.

The bill under consideration allows for people who live in the "new" smaller federal district to be allowed to vote for the president in the state they most recently lived in.

Roger Pilon, Director of the CATO Institute for Constitutional Studies, said it requires a constitutional amendment to make D.C. a state -- meaning it's not just Congress’ decision, but also the states.

"In states that are red, you will never get them voting for D.C. statehood,” Pilon said.

But during the hearing Thursday, Northern Virginia Congressman Gerry Connolly said there was no constitutional amendment to create West Virginia.

Mayor Bowser said she expects D.C. to have one million residents by 2045 and voiced her support behind the statehood initiative.

"I'm honored to be here today to ask Congress to act upon the request of my residents to admit Washington DC to join the United States of America as the 51st state," Bowser said.

A poll from Gallup found most Americans don't believe D.C. should become a state --  in fact, 64 percent said they oppose it. The survey called 1,018 people across the United States in June of this year and found 29 percent of people are in favor of statehood for the District, while 64 percent oppose it.

Of those surveyed, eight percent didn't have an opinion on the matter.

RELIVE THE HEARING: Follow along with WUSA9 reporter Adam Longo's experience at the D.C. statehood hearing.

Every Democrat running for president in 2020 has come out in favor of making D.C. the nation’s 51st state, Politico reported. However, the research shows the rest of the country isn’t on board.

The survey noted no major subgroups of Americans voice support for D.C. statehood, though left-leaning political groups are more likely to do so than right-leaning.

Part of the opposition to D.C. statehood stems from the fact adding the District as a state would all but guarantee another democratic representative and two democratic senators.

But representative Rashida Talib said she'd love to have a U.S. flag with 51 stars.

Representative Alexandria Ocasio-Cortez also spoke in favor of D.C. statehood, pointing out the irony in slavery and the descendants of slaves in D.C. now being disenfranchised. She said to turn our back on the issue is to now acknowledge our past history as a nation within slavery.

"This is a long fight, but I think we will be able to reach our goal," Ocasio-Cortez said.

But Pilon held that D.C. statehood is unlikely.

"There’s nothing that can be done," Pilon said. "The constitution is very clear."

Here are seven things you need to know about D.C. statehood. 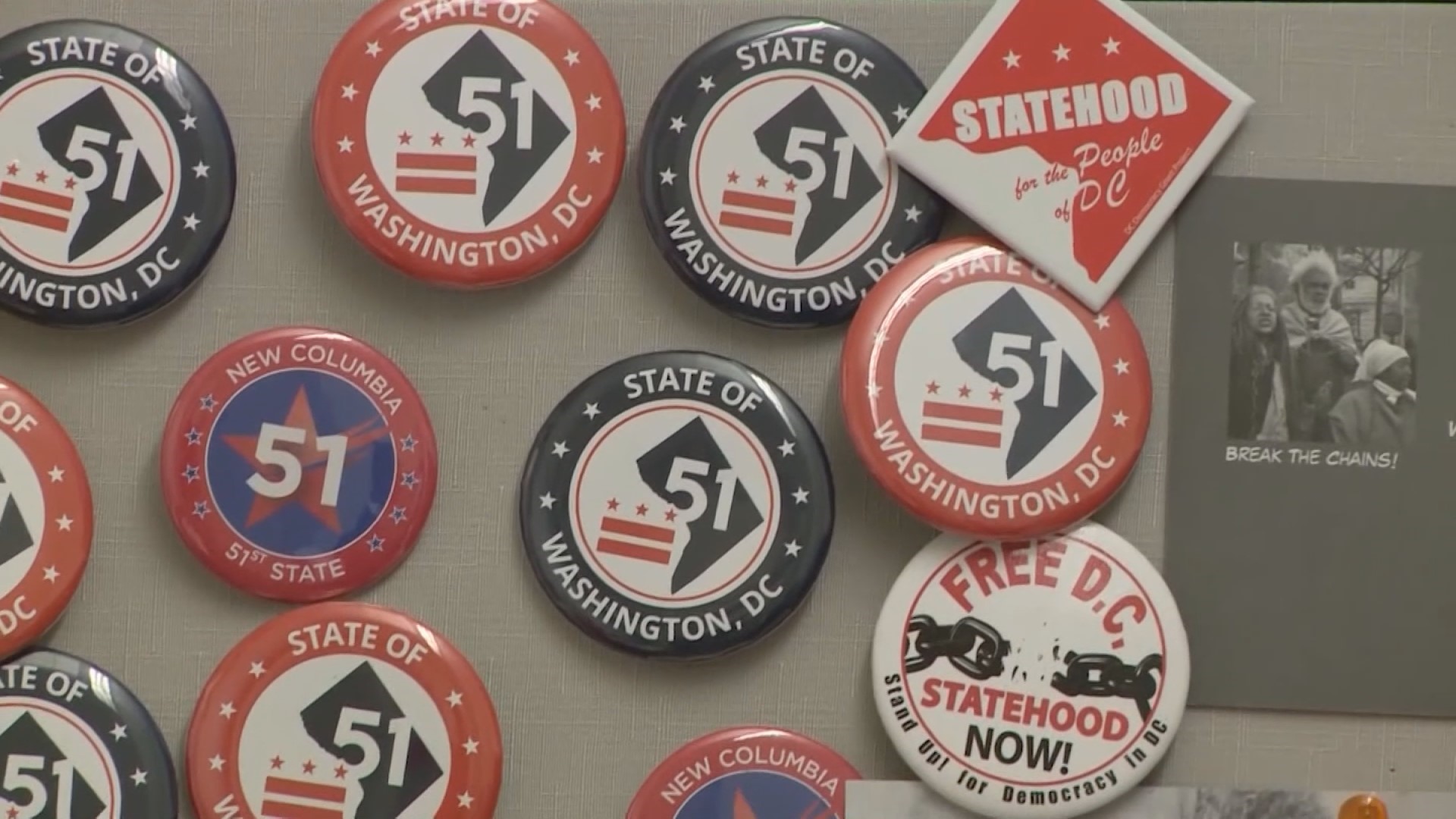