Changing times mean changing faces and races in Washington, D.C. The city's African-American population is down from 71 percent in the 1970's to just 47 percent in the most recent Census. 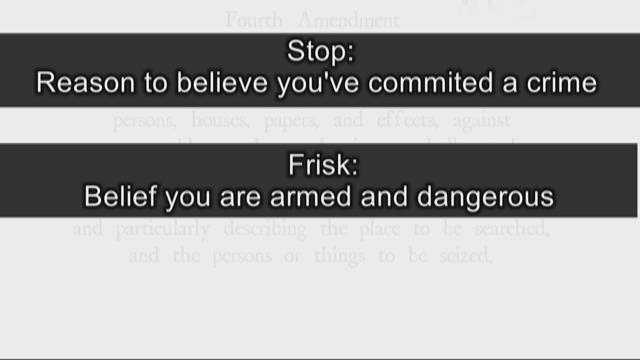 Changing times mean changing faces and races in Washington, D.C. The city’s African American population is down from 71 percent in the 1970’s to just 47 percent in the most recent Census.

Despite numbers changing in the city, African Americans still make up a huge majority of those stopped by D.C. Police. This is an issue D.C. Police leaders do not dispute.

In fact, D. C. Police acknowledge they sometimes stop and frisk innocent people, many of them black, in an effort to get criminals off the street.

The WUSA9 Special Assignment Unit began researching this report in August 2017, interviewing 12 people chosen at random about their experiences with police. Ten of the people interviewed told us stories about experiencing, or witnessing, what they believed to be racial profiling.

Racial profiling happens when people of color feel they are stopped and questioned by police because of the color of their skin.

“It’s based on what I see,” said 23-year-old Yanni Penn, who lives near Minnesota Avenue in Northeast, D.C.

The Special Assignment Unit found 8 out of 10 people who were listed as being stop and frisked by D.C. police were black.

Data obtained from the D.C. Police Department revealed that between 2010 and 2016, D.C. police recorded more than 22,887 “Stop and Frisk” interactions.

After analyzing those numbers, the Special Assignment Unit found 8 out of 10 people who were listed as being stop and frisked by D.C. police were black.

That’s an average of seven African Americans stopped and frisked by D.C. Police every day over that period.

Kelly O’Meara, head of the D.C. Police Strategic Change Division and an advisor to D.C. Police Chief Peter Newsham, said in an interview around half the people stopped over that period were questioned, but ultimately released, because they were not the person police were looking for.

“What we try and emphasize is that every stop should be respectful,” O’Meara said, noting the officer “should let the person know what’s going on. And so, a stop is not necessarily an antagonistic incident. “

“I don’t know how else we can investigate a crime to make sure we have good information,” O’Meara said.

“The whole time, I don’t know why I did this, I was just pleading my case,” he said. “I’m a pharmacist, I’m a pharmacist. I didn’t do anything. But they didn’t really care.”

Alexander Oladele has a doctorate in pharmacy. His fraternity brother, Isaac O’Neal, is finishing med school. Both told us they have been stopped by police on suspicion of committing crimes they were not guilty of.

Oladele told us his experience was particularly troubling.

“Two white cars, they come up to me, and they put me in handcuffs and I’m over the dashboard like this,” Oladele described, bending over with his hands behind his back.

“The whole time, I don’t know why I did this, I was just pleading my case,” he said. “I’m a pharmacist, I’m a pharmacist. I didn’t do anything. But they didn’t really care.”

Oladele said he spent 30 minutes in handcuffs before being released. When he asked why he was stopped, Oladele said police told him he “fit a description.”

The idea of fitting a description is important because O’Meara said officers only stop and frisk someone on the street in response to what’s known as a lookout.

A lookout is a suspect description given to officers and released to the public after a crime is committed. O’Meara said since roughly 8 out of 10 lookouts are for African American suspects, it makes sense 8 out of 10 people stopped by police would also be African American.

But a check of the D.C. Police Twitter page revealed many of the lookouts issued by D.C. Police are vague. In a number of cases identified by WUSA9, descriptions tweeted out by D.C. Police included scant specifics.

In a February 11 tweet after a shooting investigation, D.C. Police issued a lookout for a black male wearing a black jacket and blue jeans. That prompted one twitter user to respond: “Great description. I hope the entire male population at Howard University doesn't complicate things.”

Does that mean D.C. police are not being judicious enough in who they are looking for?

“I don’t think that is what the victims of crime would think,” O’Meara said.

O’Meara said police typically only stop those matching lookout descriptions in the immediate area of the crime, drastically narrowing the number of people who could potentially be stopped.

"Well officer do I have to live here to walk on the streets?”

The last time Paul Butler was stopped by police, he says he was walking in his Northwest, D.C. neighborhood.

“And all of a sudden, I saw a police car roll up, roll down their windows," Butler said. Butler says the officers asked him what he was doing there.

"Do you live here?" Butler said they asked.

"Well officer do I have to live here to walk on the streets?” Butler said he told the officers.

Butler told us he believes police thought he was a burglar or homeless. 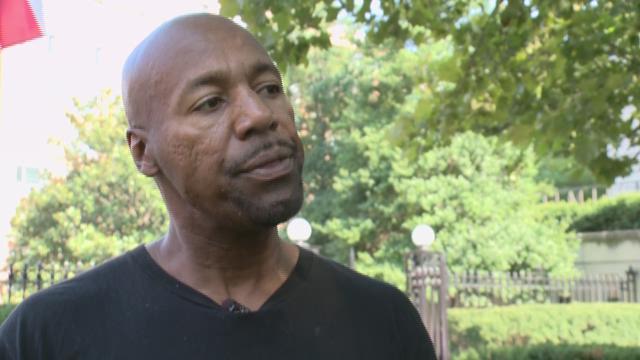 He is a professor at Georgetown Law and author of the book “Chokehold: Policing Black Men.”

“They just couldn’t accept that I actually live in this nice neighborhood,” Butler said.

D.C. Police tell us more than half of the department is African American.

“And here’s the punchline. These four officers were all African American.”

In fact, D.C. Police tell us more than half of the department is African American. The department provided the following breakdown of its officers, by ethnicity:

“We’re not talking about this enough,” Butler said. “Why hasn’t it gotten better?”

The investigative team spent 4 months attempting to sit down with Chief Newsham. Those inquiries were repeatedly put off, denied, or flatly ignored.

The investigative team spent 4 months attempting to sit down with Chief Newsham, formally requesting an interview with him more than a dozen times in more than two dozen email, text, phone calls, office visits and face to face meetings with the D.C. Police press office.

Those inquiries were repeatedly put off, denied, or flatly ignored. When a reporter tracked Newsham down during Washington, D.C.’s Martin Luther King, Jr. Day Celebration, Newsham said he was unaware of the multiple interview requests.

“So, you’re asking me, essentially jumping me out here trying to get me to say something that’s inappropriate when I have no idea what you’re talking about,” Newsham told WUSA9 Investigative Reporter Eric Flack.

Later in the conversation Newsham agreed to sit down for an interview with WUSA9. But the D.C. Police press office quickly reversed course, and a day later communications director Dustin Sternbeck told WUSA9 Chief Newsham would not be made available for that interview after all.

Instead, Sternbeck said the only person the department would allow to speak about “Stop and Frisk” was a person who had never stopped or frisked anyone.

Kelly O’Meara said anyone who feels like they have been treated disrespectfully by D.C. Police should file a complaint with the Office of Police Complaints

Kelly O’Meara was allowed to speak on the issue. She told WUSA9 she has never actually been a police officer.

O’Meara said that in her civilian role she helps shape the D.C. Police Department’s stop and frisk policy. O'Meara said the most important thing to consider is not how many African American people were stopped and frisked by Police but how those people were treated during the stop.

“One I would ask them, was it done in a respectful manner,” O’Meara said, adding officers should tell the subjects, “we appreciate your taking the time to work with us. We’re trying to protect the city.”

O’Meara said anyone who feels like they have been treated disrespectfully by D.C. Police should file a complaint with the Office of Police Complaints, an independent agency that investigates complaints against police. 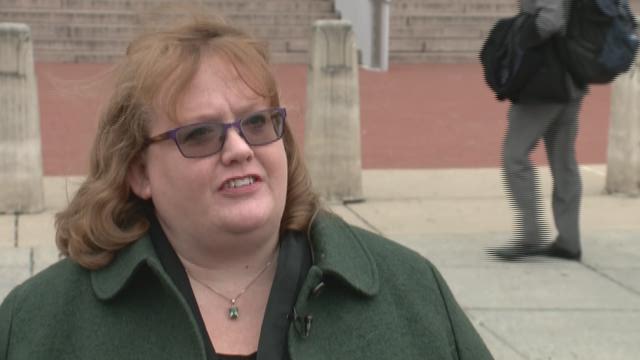 O’Meara said you can also request a meeting to view video recorded on an officer’s body cam. She elaborated in an email to WUSA9.

If we can show the video or a portion of it without violating the privacy of another individual, that can be done right at the district station. If editing is required in order to protect privacy rights, then they must request it through FOIA. Sometimes viewing the video with some distance from the incident and an MPD official present to answer questions about police practices can help to resolve any concerns.

WUAS9’s invitation to speak with Chief Newsham about stop and frisk remains open.