Head of Maryland's Board of Regents steps down, effective immediately

James Brady reportedly informed the board about his resignation during a closed meeting on Thursday. 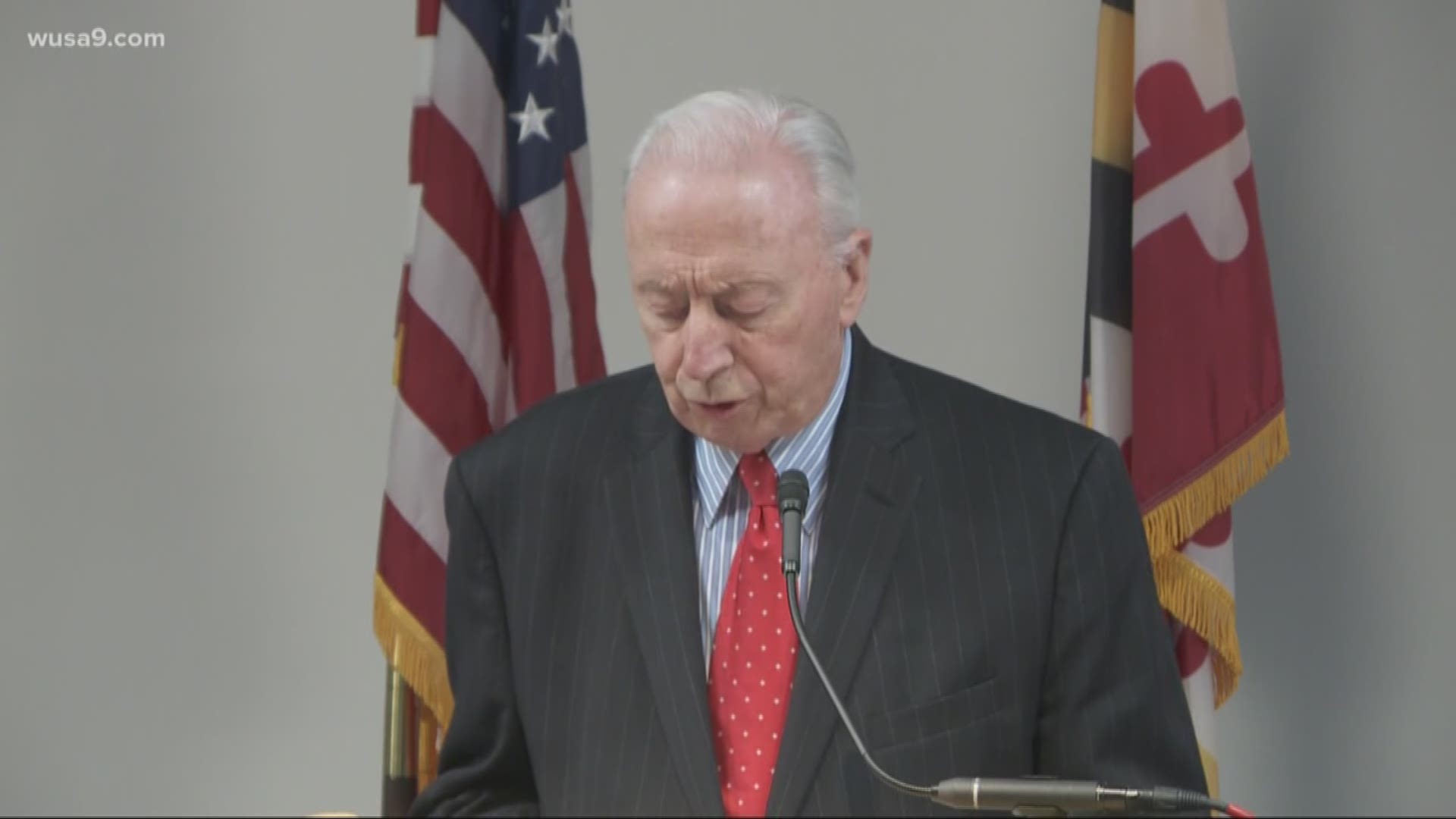 COLLEGE PARK, Md. -- The leader of the University System of Maryland Board of Regents intends to step down from his position, effective immediately.

James Brady reportedly informed the board about his resignation during a closed meeting on Thursday.

Brady announced on Tuesday that the board wanted to keep Maryland head football coach DJ Dirkin and Athletic Director Damon Evans following investigations into the football program and the death of football player, Jordan McNair.

McNair died after suffering a heat stroke during a workout earlier this year.

Durkin was fired Wednesday night after players, students, faculty and lawmakers called on the school to fire him.

"For the past three years, I have had the honor and privilege of helping to lead an incomparable group of highly talented and dedicated public servants, working collectively to support and improve Maryland’s system of higher education. In doing so, I’ve been able to work with brilliant students, scholars and staff at universities across the system. This role has been one of the most satisfying of my life.

Together, we have made a lot of progress. During my time as board chair, and during my time in previous years as a member:

The board is an extraordinary body that does important work for the people and the state of Maryland. And I am committed to ensuring that the progress made by the university system in recent years continues.

In recent months, the board has engaged in a deep and thorough process of responding to issues arising out of the tragic death of Jordan McNair. I am very proud of that process.

From the beginning, we were determined to get all the facts before making the judgments and decisions we believed were in the best interest of the University of Maryland, College Park and its student-athletes. We hoped the lessons we would learn would positively affect student-athletes at universities across the system, the state and the nation.

I am also proud of the seriousness with which every member of the board took this responsibility. I want to thank them again for their service and their commitment to Maryland.

And I respect the many people – including elected leaders, members of the public and members of the board – who disagreed with the recommendations a majority of this board ultimately made. These were difficult decisions, based on information included in reports stemming from two investigations and a great deal of thought and deliberation.

I understand that reasonable people could come to other conclusions. And even among our board, some did.

Going forward, however, I believe the board needs to be able to return to the important business of supporting and advancing Maryland’s public university system, for the benefit of its students and families, and of people across the state.

In recent days, I have become the public face of both the board and its decisions related to these matters. In my estimation, my continued presence on the board will inhibit its ability to move Maryland’s higher education agenda forward. And I have no interest in serving as a distraction from that important work.

Accordingly, I will step down from the Board of Regents immediately.

I do so with thanks again to my many colleagues and friends on the board, at the University System of Maryland, and at every institution in that system. I’ll always be proud of the work we have done together and look forward to observing the many things you will accomplish for the people of this state in the years to come."