"ICE knows what Maria went through. ICE doesn't care...I am here to stand up to this administration and do everything I can within the law and fight them and lob at them everything possible until Maria and all of my other clients are safe and free," said Alina Kilpatrick, Maria's attorney. 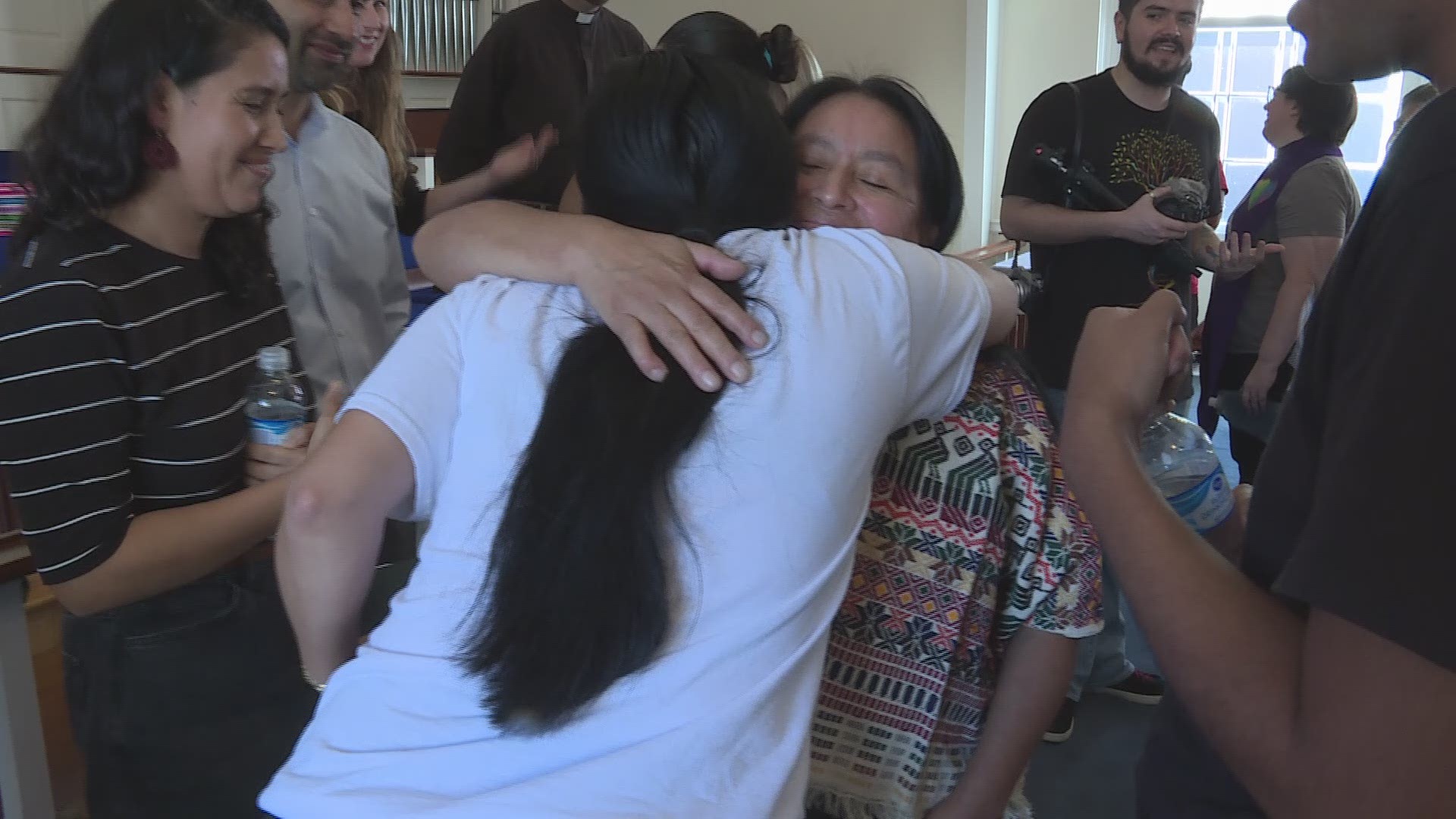 CHARLOTTESVILLE, Va. -- A church in Virginia is taking a stand on immigration. It is publicly declaring that it is providing sanctuary for a woman ICE is trying to deport.

Maria Chavalan Sut has a lot to smile about. Some 20 organizations have embraced her and are now helping Wesley Memorial United Methodist Church in Charlottesville, protect her from ICE and deportation.

"ICE failed to give her notice of her court date, on her notice to appear, and, as a result, she had no idea when her court date was. The law requires ICE to put a date and time on a notice to appear, but in this case, like in tens or thousands of others, ICE failed to do that. And as a result, Maria was ordered removed in absentia, because she had no idea when to appear," said Maria's attorney Alina Kilpatrick.

The Guatemalan mother of four says she fled death threats and came to United States in 2015. She says she's lived her whole life with violence and came here to escape it.

The church is providing Maria sanctuary, by allowing her to live here at the church.

Maria is one of 50 undocumented immigrants around the county who are in sanctuary from deportation.

So what does it mean to be in sanctuary? It has to do with an ICE memo about sensitive locations, which basically states ICE won't conduct enforcement and come and get the person they want to deport, if that person is in a sensitive location like a church, hospital or school. Unless that person is a danger to the community. In this case, Maria says it would be dangerous for her to be deported to Guatemala.

Maria is a from the Guatemalan indigenous community called Keqchikel. She's a survivor of civil war and attacks by those who believe native people like her have no rights. She believes she would be killed if she went back, according to her attorney.

RELATED: Faith and community leaders are calling for the release of a woman who was detained by ICE

"ICE knows what Maria went through. ICE doesn't care," said Kilpatrick. "I am here to stand up to this administration and do everything I can within the law and fight them and lob at them everything possible until Maria and all of my other clients are safe and free."

"White churches, we have the resources to create a massive sanctuary movement," said Pastor Isaac Collins.

Maria says living in the church is the first time she has not felt afraid. She's hoping her legal challenge will be successful and she'll be granted asylum.