DC will now have two statues in Capitol building, just like the 50 states do

D.C. Delegate Eleanor Holmes Norton sees the statue addition as a "potent symbol that D.C. equality and D.C. statehood are on the way." 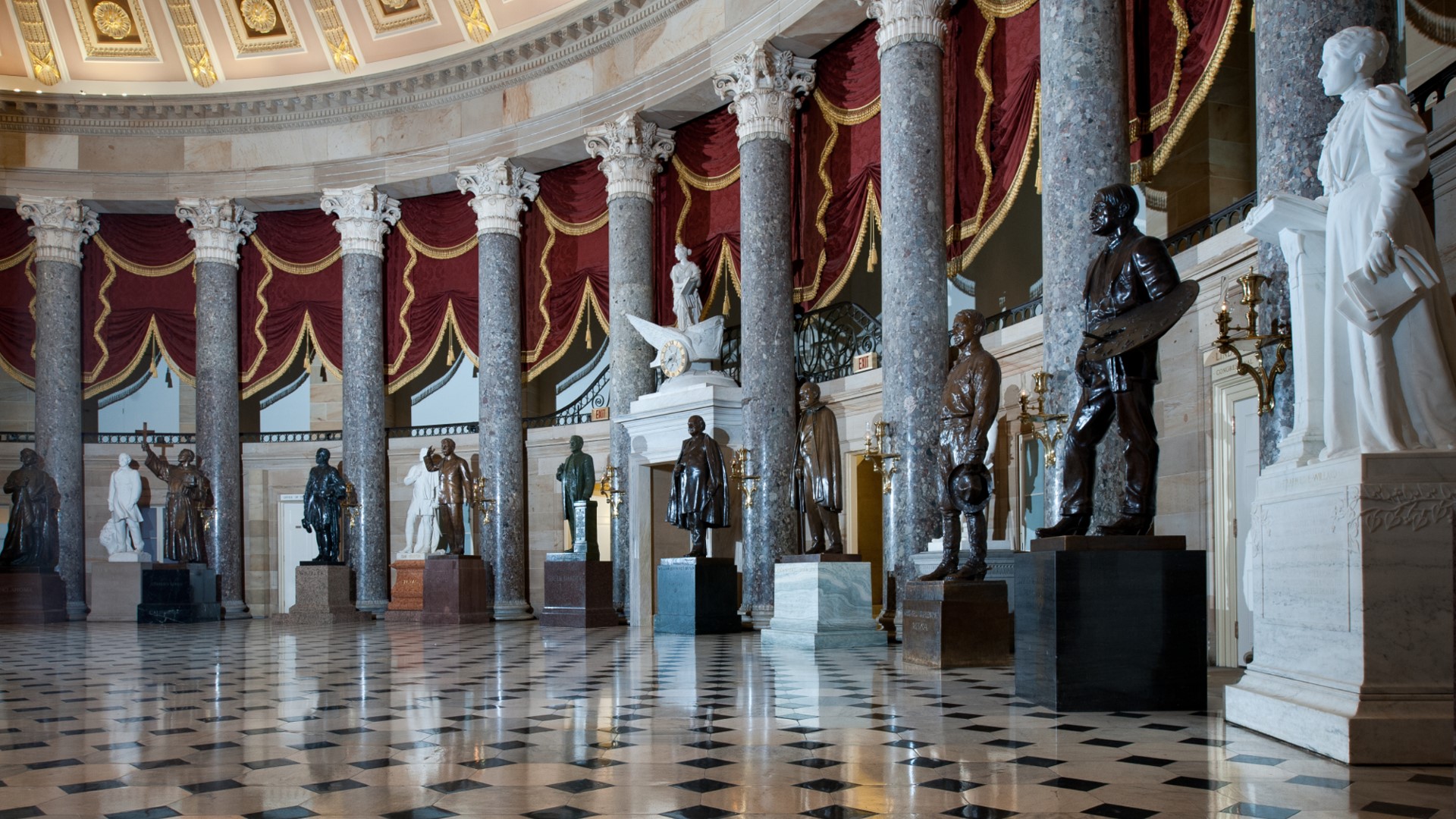 WASHINGTON — Each of the 50 U.S. states has donated two statues to be put on display in the U.S. Capitol building. The statues are likenesses of noteworthy people who those states feel represent them the most, or did at the time they were donated.

RELATED: House of Representatives will vote on making DC the 51st state

However, after a concerted effort lasting more than 10 years, D.C. will finally be on equal footing with the 50 states, at least where statutes are concerned.

Speaker of the House Nancy Pelosi announced Wednesday that she will accept a second statue to be displayed on the House of Representatives side of the Capitol.

Pierre L'Enfant, the architect of D.C.'s layout, will be memorialized among the Capitol's statue collection. L'Enfant fought for the newly formed United States in the Revolutionary War and designed the layout for D.C.'s National Mall.

"This statue will serve as a tribute to the generations of Washingtonians who have fought to right the wrongs of history, and ensure that the District has the voice in our democracy that it deserves," Speaker Pelosi said. "We are proud to take this step to ensure that the District’s equality is recognized in the halls of the Capitol."

"When the District of Columbia commissioned the Douglass and L’Enfant statues, it was always our intention to bring them to the Capitol as equal with the states," Norton said. "Now, with historic momentum as our D.C. statehood bill is headed to the House floor for passage this year, the L’Enfant statue is a potent symbol that D.C. equality and D.C. statehood are on the way."

In 2013, D.C. got to display its first statue in the Capitol. Famed abolitionist Frederick Douglass' statue is on display in Emancipation Hall at the Capitol Visitor Center.

Credit: Architect of the Capitol

The L'Enfant statue is currently on display in the lobby of 1 Judiciary Square, a D.C. government building. It will be the sixth statue listed under "other statues" that are on display at the Capitol.

Neither L'Enfant's or Douglass' statue will be considered part of the official "National Statuary Hall Collection."

Credit: Architect of the Capitol

Read HERE about the history behind the Capitol's collection of statues.

The official collection of 100 statues at the Capitol are scattered throughout the building, with 35 located in Statuary Hall, 13 in the crypt on the Capitol's first floor and 24 in the Capitol Visitor Center. Others are located in the Rotunda and the Hall of Columns.

You can discover which statues represent each state and their location in the Capitol HERE.

The timing of the L'Enfant statue announcement was no coincidence. Feb. 27 marked the 219th anniversary of the Organic Act of 1801.

That measure officially put the District of Columbia under the control of Congress, and District residents simultaneously lost the right to have a voting representative in the very government they were helping to create. District residents, at that time, also did not have the ability to cast a vote for electors in a presidential election. District residents were not able to vote for President until 1964.

RELATED: Legislators to vote on DC statehood for the first time since 1993

RELATED: House of Representatives will vote on DC statehood before the summer, says Steny Hoyer