The U.S. Coast Guard will no longer completely shutdown a busy stretch of the Potomac River when President Trump is visiting his Loudon County golf course 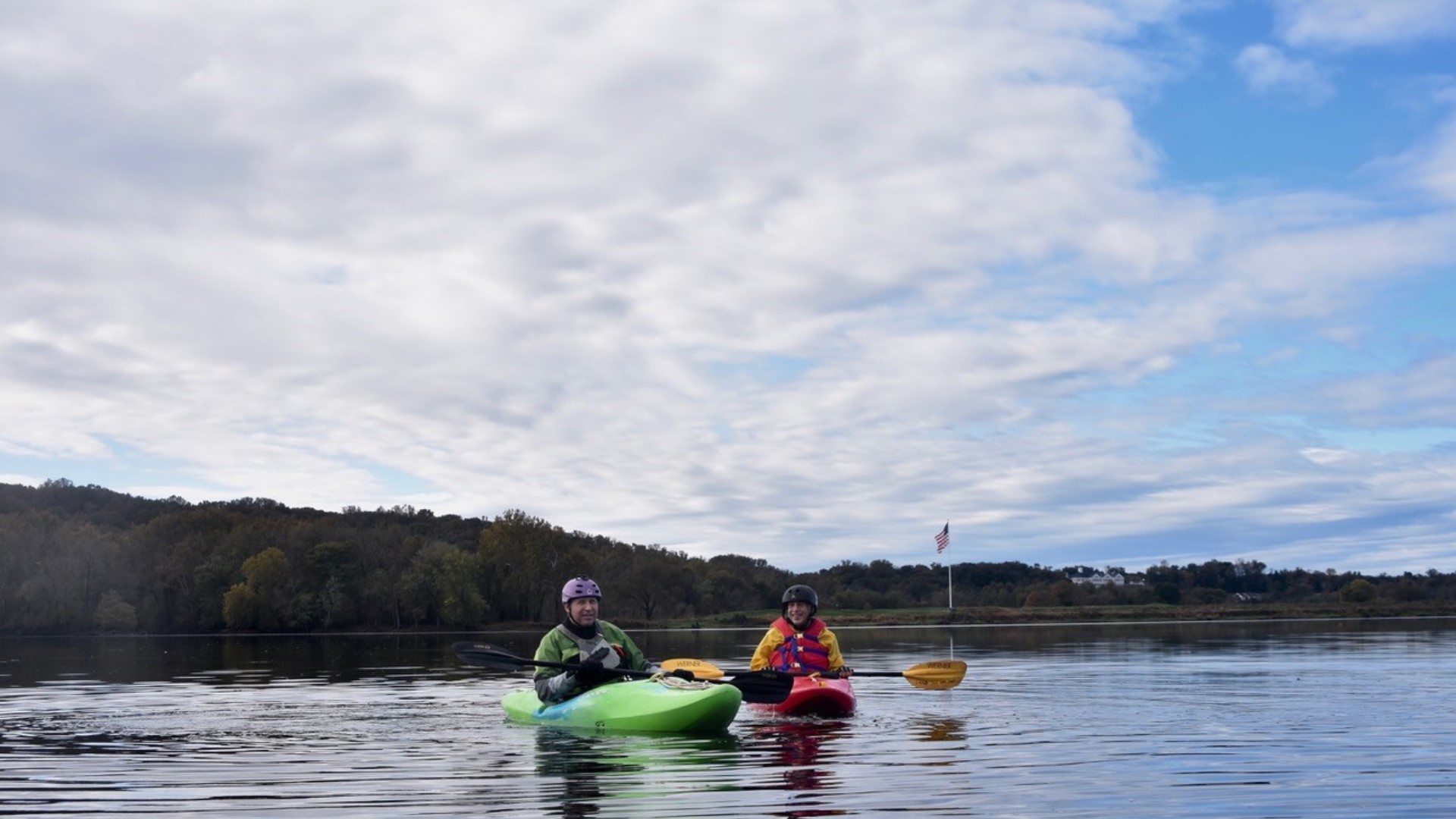 MONTGOMERY COUNTY, Md. — A local canoe club is claiming a major victory. The U.S. Coast Guard has changed its rules on the security zone created when President Donald Trump is visiting his Loudon County golf course.

Prior to this week, the Coast Guard would shut down a busy, two mile stretch of the Potomac River near Trump National Golf Course. The river, which is used for recreational purposes by paddling groups, summer camps, disabled veterans’ organizations and more, would be completely closed off.

With the help of a Democracy Forward, a nonprofit legal organization, the Canoe Cruisers Association brought a lawsuit against the Department of Homeland Security (DHS) in 2018.

“We’re basically being given the river back,” said Barbara Brown, Chair of the Canoe Cruisers Association of Greater Washington DC.

The Canoe Cruisers and Democracy Forward argued DHS created a permanent security zone that blocked the public’s legal right to access and enjoy the river while President Trump is golfing.

Democracy Forward and Brown have also said the Coast Guard failed to provide the public with notice or an opportunity to comment on the rule before it was issued.

“They were not giving any public announcement that we would have a problem,” explained Brown. “And they were closing the entire river from the golf course all the way over to this side. They we were patrolling it with armed boats.”

In court documents filed this week, the Coast Guard and DHS said they received more than 600 comments on the case, with many people expressing concern over the rule. As of March 21, 2019, the Coast Guard has created a new, interim rule which reduces the size of the security zone around the golf club.

The rule also creates a 250-yard-wide transit lane for kayaks, boats and more to travel through close to the Maryland shoreline. The Coast Guard will also notify the public via a website and recorded phone line if the security zone is going to be in effect. Court documents say there will not be any public signage warning of the security zone on land.

The case is not yet over. The Coast Guard is calling this an "interim final rule," which means they are still accepting public comment on the changes.