LatinX advocacy groups say the DMV isn't prepared to fully support thousands of immigrants when they get here. 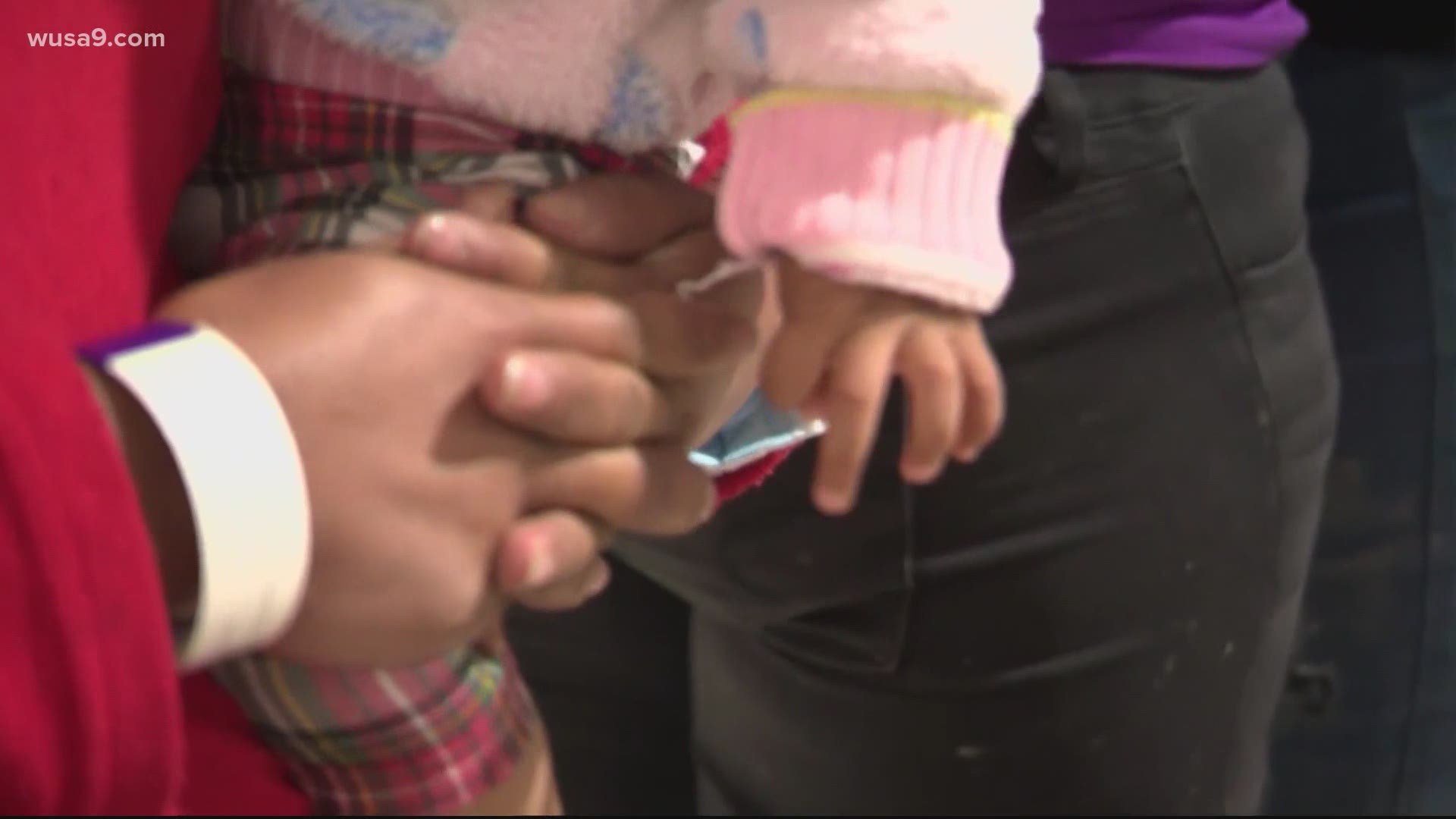 MONTGOMERY COUNTY, Md. — The Biden Administration has not only promised to reunite thousands of families who were separated at the border under the Trump Administration, but they also plan to quadruple the immigration quota.

"We could be among the top three recipients of the children that are right now, crossing the border," George Escobar, Chief of Programs and Services for CASA said.

He said the Biden Administration’s plan only scratches the surface of what these families will need since they won’t be given legal status nor access to many social services.

Under Biden’s plan, he says parents who were separated from their children at the border are being brought back to the United States under a parole status. They won’t be given legal status.

"It's a permission slip, to enter the country but it's not a commitment for anything else," Escobar said.

"What you're doing is you're creating a permanent underclass," said Escobar. "And you're just limiting their ability to move to move up in society."

Michelle LaRue is the Director of Health and Human Services for CASA.

"They're gonna need a lot of support," she said.

In addition to the physical and social resources, LaRue says emotional support is key for these families who, she says, have experienced profound trauma.

"We’ve seen case after case of trauma and mental health issues that the children experience, especially the children, but also the parents. Bringing that parent back into that nucleus, after being separated for so long, is a big challenge and it's something that really requires a lot of counseling," LaRue explained.

RELATED: US to limit immigration arrests at courthouses under Biden

But she said there’s a shortage of qualified bilingual and bicultural mental health professionals. Making this even more challenging.

"You have to form that trust and rapport with your patients and if you can't, it's very difficult to do through an interpreter," she said.

And then there’s the education component. Many of the children coming to the DMV speak indigenous languages and not the Spanish taught in schools in the US. So the advocacy groups say more work needs to be done to ensure these children can receive a real opportunity for education when they’re here.