Activists struggle to save piece of African American history

An old African American cemetery was covered by a high rise and a parking lot decades ago, but before the area can be redeveloped, activists are demanding some recognition for the freed slaves and their descendants who once lived there. 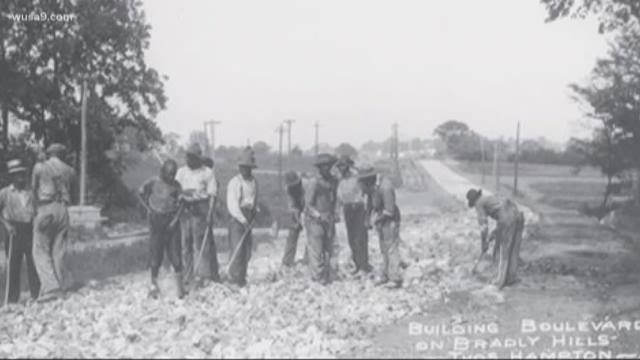 All across the south, African American burial grounds have been bulldozed, plowed over and forgotten. But in Bethesda, a group of activists is determined to save just a small piece of black history. After a year of frustration, they took their protests back to the Montgomery County Council to demand help.

The Macedonia Baptist Church is all that remains of what was once a thriving community of freed slaves and their descendants at River Road and Little Falls in Bethesda.

The cemetery where generations of African Americans were buried was apparently pushed into a ditch and covered by a parking lot and a towering apartment building. But a small group of activists is determined to remember the dead.

They've marched. They've argued. And now after a year of struggle, they've turned back to the Montgomery County Council for help. A handful of protesters stood at the back of the county council meeting and urged council members to help.

"I've been frustrated for almost a year and a half now," said organizer Harvey Matthews, 73. He remembers playing in the cemetery when he was young.

Montgomery County's Housing Opportunities Commission and a private developer had plans for a massive new complex of offices, shops and apartments at the site. But those plans have been held up in a lawsuit by neighbors who say they'd be hurt.

The activists wanted the Housing Commission to set aside a plot of land for a memorial and a museum to the African Americans who once lived there.

"A museum where we can have people come from near and far to learn the history of the Black community that was once on River Road," said Matthews.

The County Council continued its meeting, while the protesters stood silently.

Council members have already voted unanimously to protect and inventory historic cemeteries. But negotiating a deal for a memorial and museum with the Housing Commission has stalled.

We've yet to hear back from the Housing Opportunities Commission on the issue.