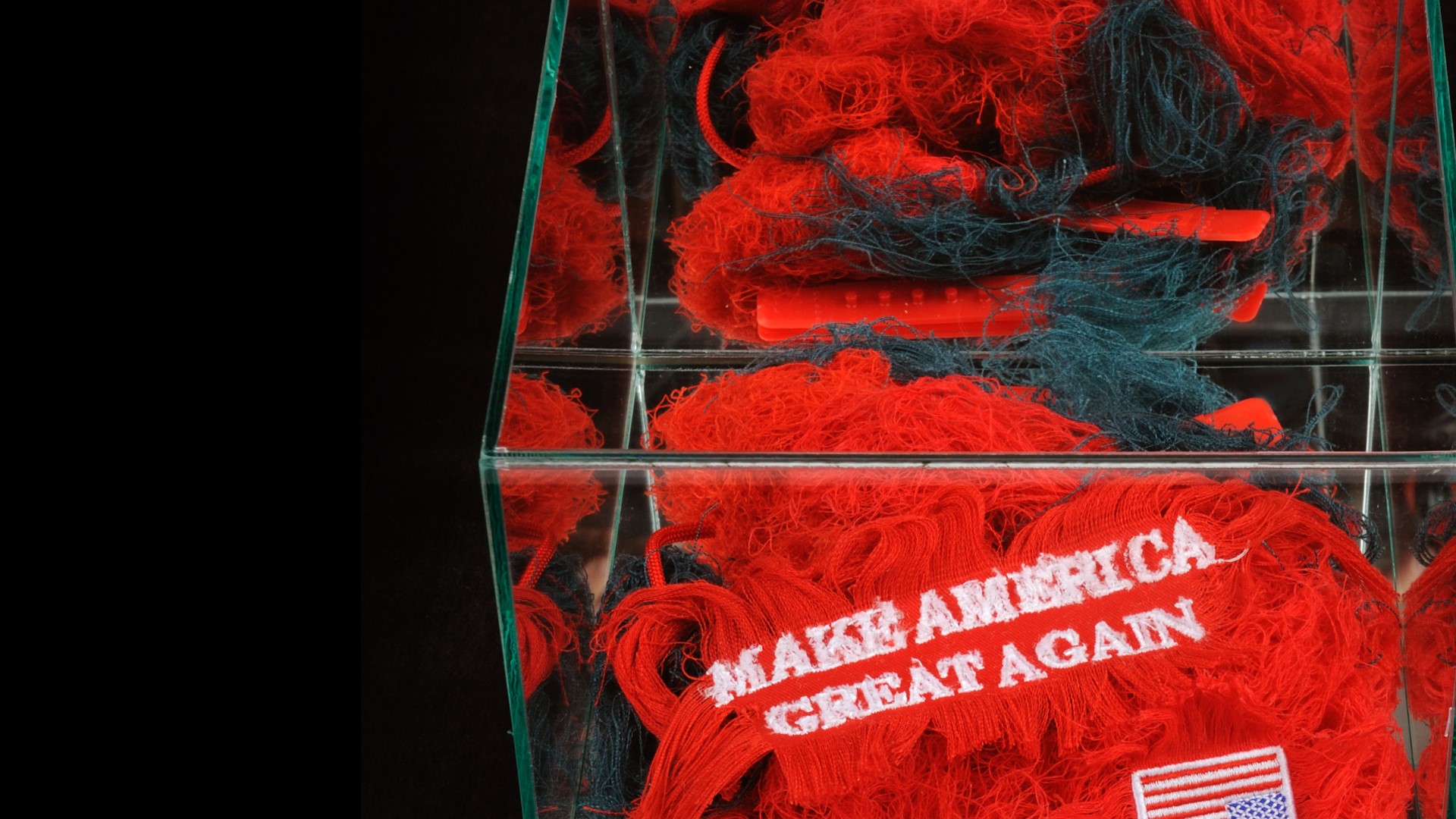 A Maryland-based artist reconstructs MAGA hats into identifiable symbols of hate -- turning them into recognizable symbols such as a Nazi arm band, or KKK hood.

The artist, Kate Kretz, uses Facebook as a platform to support her work, but said she was recently banned from Facebook because of this controversial MAGA art.

“I read a lot about people who are wearing these hats, and they say that they’re harmless, they’re innocuous, and this series is a way of calling them out," Kretz said.

She rips apart the hats and re-sews them into the symbols of hate that are instantly recognizable.

“The arm band is actually titled, ‘Only the Terrorized Own the Right to Name Symbols of Terror,’ and so if people are afraid of people that are walking around with MAGA hats, because they’re afraid of violence," Kretz said. "It’s not really up to the wearer to say 'oh you shouldn’t feel afraid of me.'"

When Kretz posted a picture of the arm band on her Facebook page, she said she got a lot of positive feedback from users. But Kretz said Facebook took it down within four to five days, saying it "violated community standards."

She appealed the decision and posted the image again, with the following text: "This is not hate speech. This is an art piece addressing hate speech."

Kretz then filed an appeal, but Facebook has yet to respond.

"I understand doing things for the greater good," Kretz said. "However, I think artists are a big part of Facebook’s content providers, and they owe us a fair hearing.”

Kretz said that being able to maintain a Facebook page essentially supports her livelihood, but now she can't access her thousands of contacts who look out for her art shows or new pieces.

Kretz also said the community needs to see art like this series now more than ever.

To see more of her work, you can check out her website here.