Disabled workers in Va. strike for better pay and right to unionize

"They take advantage of us. They give us more and more work. We can't even sit down when we need to sit down." 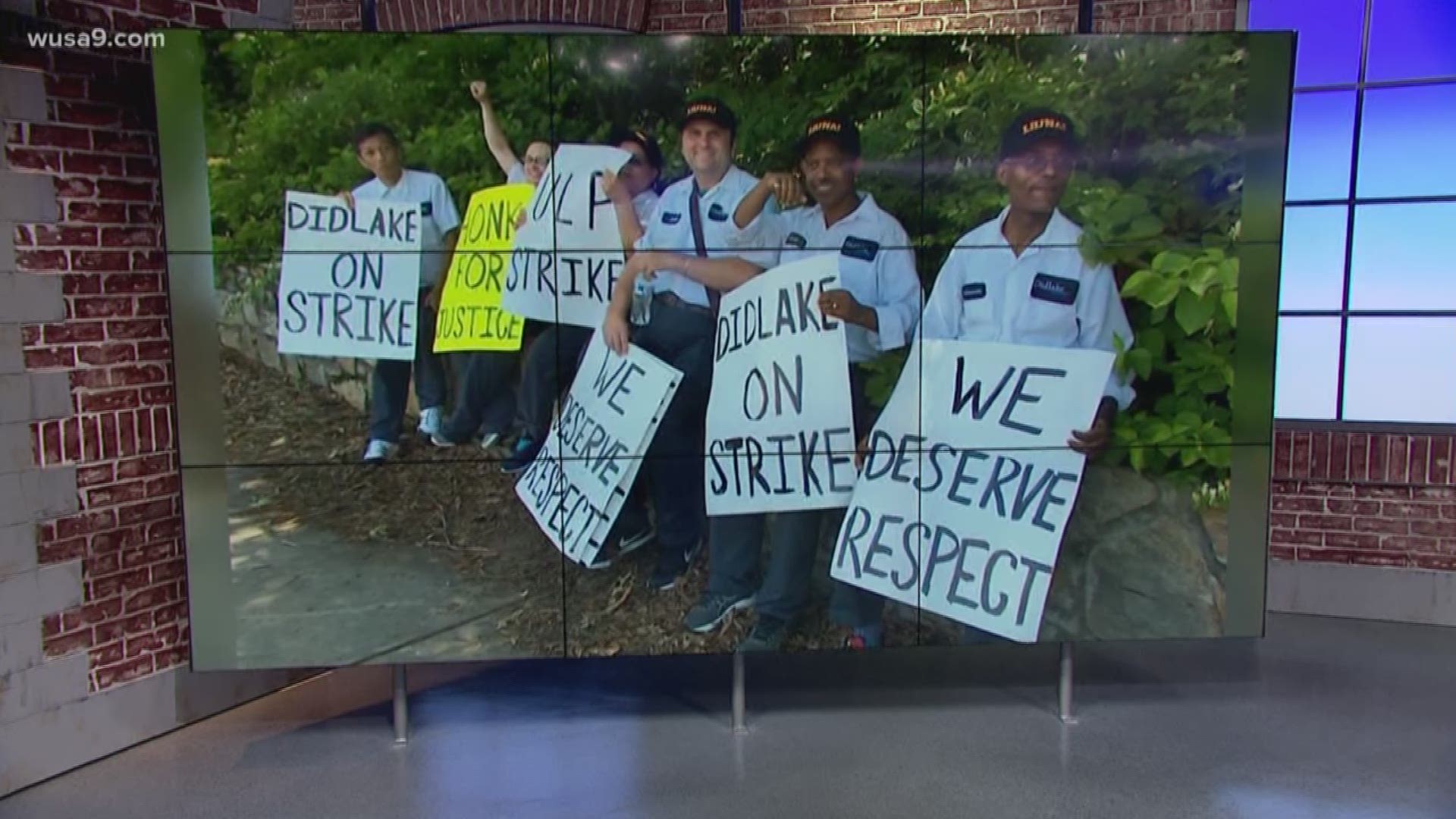 Arlington, VA -- A protest in front of the Army National Guard building in Arlington, Va. caught some people by surprise on Friday. For the first time, the custodians who clean the building went on strike.

All of the people on strike at the Army National Guard building are all people with disabilities, dealing with deafness, epilepsy and debilitating affects of polio.

They are all custodians and are responsible for cleaning every inch of the building, including the bathrooms. One thing they want is better pay.

RELATED: Las Vegas casino workers could strike for the first time in more than 3 decades

"Not enough for me, because I have a lot of bills to pay," said Lazo.

"They take advantage of us. They give us more and more work. We can’t even sit down when we need to sit down. We have to nonstop work,“ said Samantha Ulloa who suffers from seizures with epilepsy disease.

A year ago, the custodial employees voted to unionize with LiUna union which is promising them better and more affordable health insurance.

Samatha Ulloa said she was paying over $300 for herself and the same for her husband, for a "total of $800 a month."

Too much for her to afford, so she had to drop her husband from coverage.

They are employed by Didlake, a 54-year-old nonprofit out of Manassas, Va., that provides employment opportunities and rehabilitation for people with disabilities.

Because the employees are hired through a special federal program Didlake, has prevented them from unionizing. The organization said letting the employees unionized could threaten those rehabilitative services afforded under the program.

Union members said workers would be better off with them.

“The company should come to the table go she ate the contract for them cause they deserve to have the same equal rights for all the workers," said LiUna organizer Xiomara Vasque.

The case is in review with the National Labor relations Board. A ruling is expected by the end of the year.