ARLINGTON, VA – Tucked away in a quiet corner of Arlington's Central Library, dozens of children every week practice their reading skills alongside tutors who offer nothing but their silent support, and occasional tail-wags. 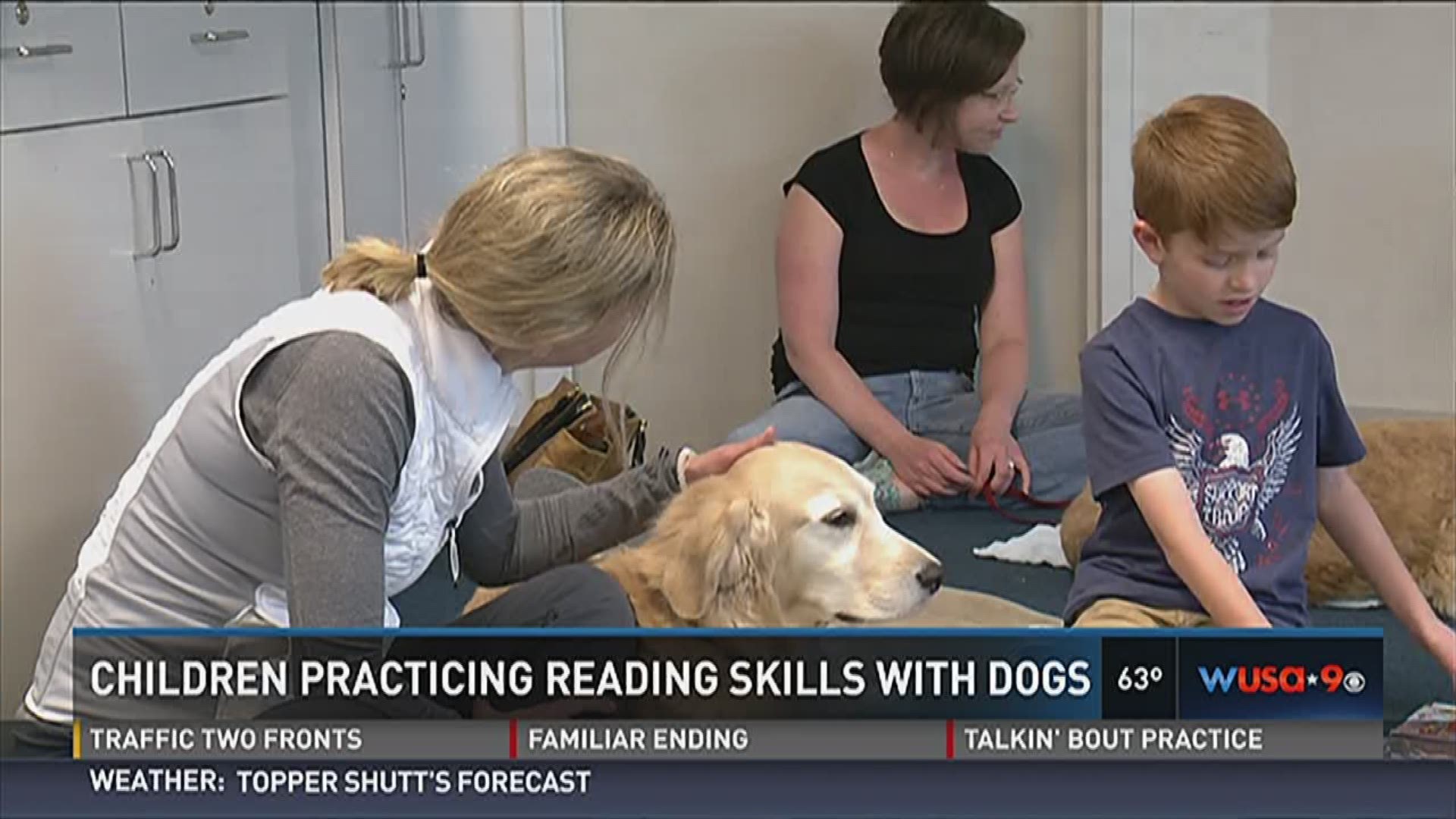 ARLINGTON, VA – Tucked away in a quiet corner of Arlington’s Central Library, dozens of children every week practice their reading skills alongside tutors who offer nothing but their silent support, and occasional tail-wags.

The “Paws to Read” program is the brainchild of kindergarten teacher Cynthia Power, who started it five years ago in one Arlington library, after reading about similar efforts in other states. Now her passion project has grown to serve seven libraries, as word travels in (library-appropriate) whispers from one appreciative parent to the next.

At Paws to Read’s weekly sessions, children (or their parents) sign up for fifteen minute slots to read a book to one of a half dozen or so trained dogs, and their volunteer handlers, certified by DC-based People Animals Love.

“Its just a chance for kids to have fifteen minutes to read and just no one is correcting them,” Power told WUSA9 in an interview last month. “They love being with the dogs.”

And the dogs love it too, at least according to the children.

“I think Gossip [a golden retriever] learned lots of cool facts about old England,” second grader Graham Williams said after his first experience with the program.

Power’s program has inspired some readers to become weekly regulars –arriving at the same time, often with the same books, to read to the same dogs.

“I like to pet her, and it is fun to read,” Kindergartener Sofia declared, after finishing her weekly appointment with a Collie mix Cami.

Although the field is relatively new, already some scientific evidence has emerged, suggesting that children do benefit from reading aloud to animals – uninterrupted, uncorrected and comfortable.

Power told WUSA9 she doesn’t know how or why reading to dogs seems to help children improve their skills, but every week discovers new evidence that it does.

“Some of the kids think the dogs need a story,” Power said. “They’re doing something helpful. Instead of raising money or bringing in canned goods, we’re going to go read to the dogs. That’s fine with me. As long as they’re reading.”