Five of the nation's largest and most influential veterans organizations are calling for action from the Department of Defense, the Department of Veterans Affairs and Congress. They want to know how many veterans were ordered to take an antimalarial drug called mefloquine, and whether they are suffering from any lasting side effects. 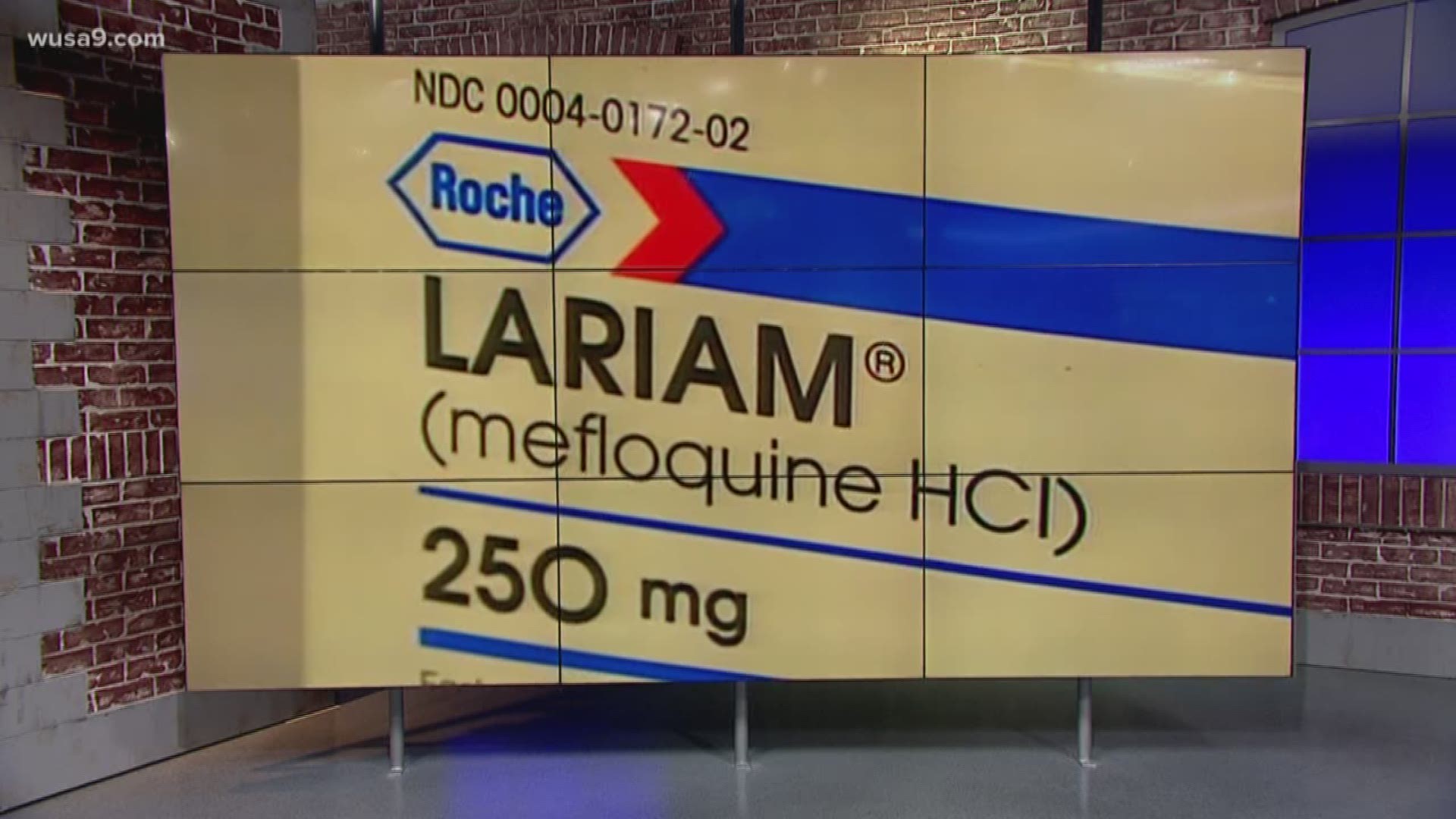 They want to know how many veterans were ordered to take an antimalarial drug called mefloquine, and whether they are suffering from any lasting side effects.

Their battle cry comes in the wake of our WUSA9 investigation into side effects caused by the weekly pill. Tens of thousands of American service members were ordered to take it between the 1980s and 2013 to prevent or treat malaria.

"This is not the first time veterans experience severe side effects on being exposed to something," said Lana McKenzie, the Chief Medical Executive for AMVETS. "We’re talking about Agent Orange and we’re not learning our lessons?"

Agent Orange was the powerful herbicide sprayed by U.S. military during Vietnam War. It caused serious health issues, including cancer and birth defects.

Echoed Carlos Fuentes of the VFW, "Learn from past mistakes to make sure that you don’t jeopardize the lives of our brave men and women in uniform."

He added that top military officials should have taken the drug too.

"If you’re making troops take anything, the SECDEF and every other civilian appointee and military brass, in the chain of command ought to take the same damn thing at the same time," he said.

"Many of them don’t even know that it’s connected to their use of mefloquine when they were over in Iraq or Afghanistan," said the VFW's Fuentes.

The Department of Defense has never acknowledged that the drug was the cause of these wide-ranging ailments.

"The DoD first needs to acknowledge that these drugs are very harmful," said Melissa Bryant, of IAVA.

"If the government does something to harm an active duty service member, then the American people have more responsibility to make that veteran whole, or as whole as they can, for the rest of their lives," said Joe Plenzler of The American Legion.

The Department of Veterans Affairs has no diagnosis or treatment for mefloquine side effects. The five organizations interviewed by WUSA9, representing millions of veterans, believe our government can take some basic measures to make this right. They suggest starting by asking veterans whether they took mefloquine. In many cases, our investigation revealed it was never logged in their medical records.

"Every veteran should be asked. A lot of people took it even if they were on a stateside base or they were stationed in South America or someplace else. Certainly, the Philippines," said Weidman of the VVA.

Added McKenzie, "I always question the reason people don’t want to jump on board and do the right thing. For me, as a society, we pay one way or another."

Every one of these organizations agrees, it will take Congressional action to effect any change. They believe there should be hearings on Capitol Hill to determine how many veterans are suffering and how best to get them the help they need.