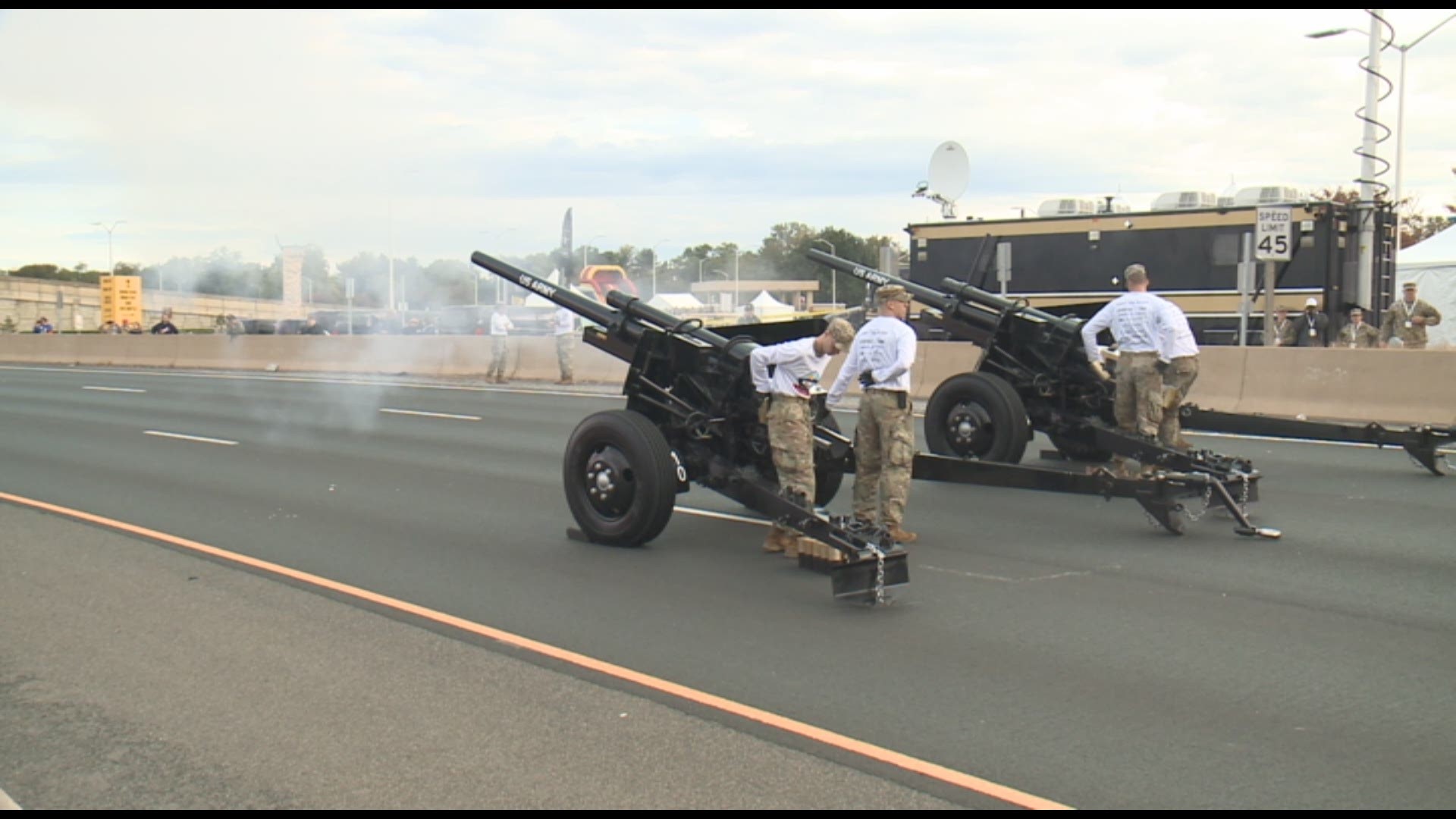 WASHINGTON — Over 35,000 people gathered near the Pentagon Sunday to take part in one of the biggest races in the world -- The Army Ten-Miler -- an Army spokesperson said.

This year marked the 35th year of the race, which highlights the important work over one million soldiers around the world do every day.

The Ten-Miler started off with fanfare, and the Golden Knights -- Army parachuters -- descended from the sky. They landed right outside of the Pentagon.

"It really is a feeling like any other, you feel weightless," Specialist Skyler Romberg said. He's been jumping for the Golden Knights for the past year.

The Ten-Miler has grown in its 35th year. Over 420,478 runners have ran in the race since its inception in 1985, the website said. Runners came from all over, from Germany to Korea.

The race was lead by wounded warriors, and 10 teams of 2,6000 people participated. The winner finished the race in under an hour.

"We have over a million soldiers in uniform, over 10 percent deployed around the world today," Army Commanding General Omar Jones said. "This race is all about them. It reminds us what our soldiers do every day for our country and to give back to our community."