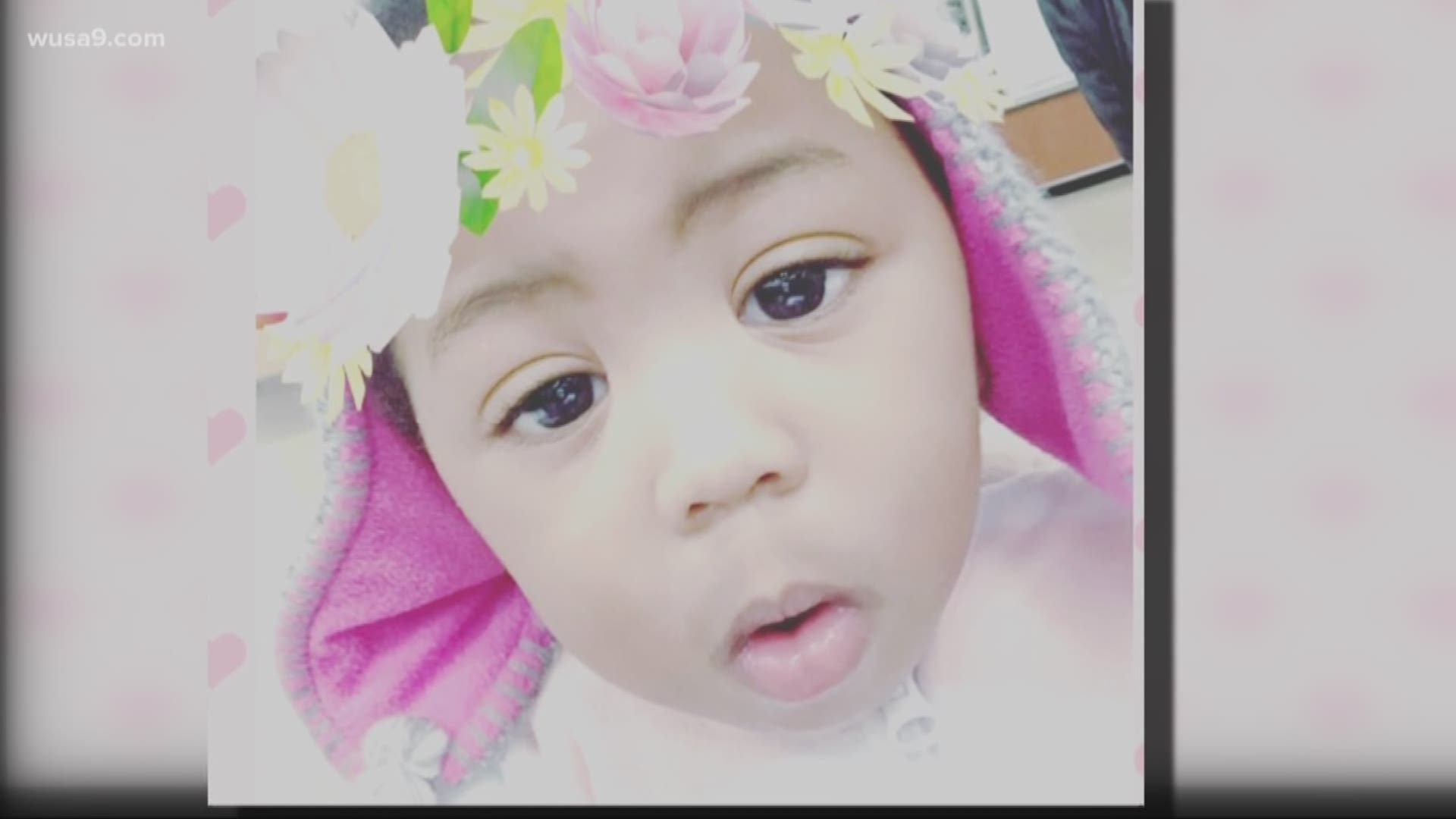 WASHINGTON, DC (WUSA9) — A 28 year old mother is facing a lifetime behind bars charged with beating her 16-month-old baby to death.

Faneshia Scott pleaded not guilty in court and was ordered to take a mental evaluation. Prosecutors said she willingly tortured her daughter, Rhythm Fields, for 3 months leading to her death.

On March 21, 2017 emergency crews were called to the mother’s apartment on C Street SE for an unresponsive child. She was lying on the living room floor while neighbors were performing CPR. According to charging documents, the girl’s body was cold and she was deceased “nearly 3 hours.”

The medical examiner ruled her death a homicide nearly 10 months later discovering 23 old and new rib fractures and cuts all over the girl’s body as well as bleeding in the brain. Scott allegedly admitted to police she gave her daughter adult cold syrup. A sippy cup/bottle was found inside the home that contained the syrup that was found in the child’s system.

WUSA9 has learned the abuse hotline was called twice about this family. The last call came in March of 2017. But a counselor never visited the home because “the reports did not rise to the level of an investigation,” said Mindy Goode with DC Child and Family Services. Baby Rhythm died later that month.

Candice Glass said she feared for her god-daughter’s safety and called Child Protective Services anonymously. She said just days before her death, the baby had a “split lip.”

“I wish I was there and could have done something, but I also needed proof,” Glass said. Glass sat in the courtroom Wednesday watching as the child’s mother sat rocking back and forth in her defendant’s chair. She could be seen talking to herself and shaking her head. She was heard crying on the courtroom microphone.

“I can’t even explain to you how I felt looking at her mother today,” Glass explained, “I mean hurt, disgust. It was an honest child and her own child. Yes, she was crying, but tears of fear, not anything else.”

Scott’s family was also in court but declined an interview saying simply they are a grieving family and asked for privacy. Scott is also charged with beating her then 2 and 4 year old children (a boy and girl) with a belt. They are now safe and living with their father. The children’s father and paternal grandmother were also in court but declined to talk at this time.

Scott will return to court Thursday. The judge ordered her to have a mental evaluation.