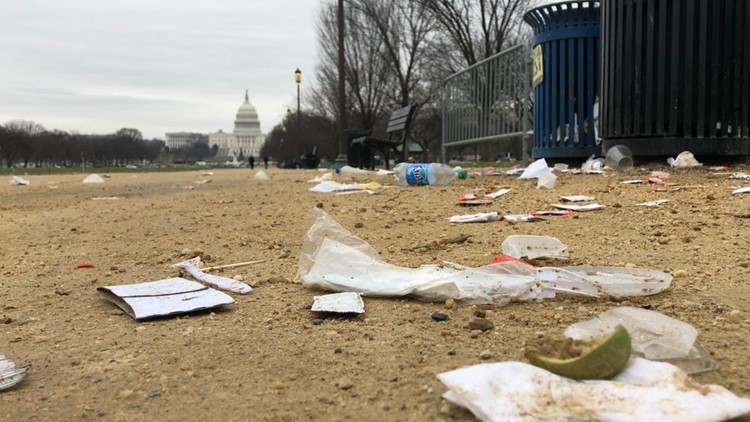 Trash is piling up on the National Mall after the government shutdown enters day ten.

Wrappers, overflowing trash bins, and more now litter the grass. “It’s a national disgrace,” said one tourist from Texas, who is visiting D.C. with his family.

Under a partial government shutdown, the National Mall remains open, but under limited staffing. This means services, including restrooms, trash collection, and more are limited.

However, on December 22, Mayor Bowser announced that D.C.'s Department of Public Works will collect litter in the national parks until the shutdown is over.

On December 26, Bowser released an additional statement, urging Congress to end the shutdown on behalf of the 702,000 residents in D.C. According to Bowser, there are 170,000 federal employees in the District.

The statement reiterated that the D.C. government would continue to cover services on federally-owned parks, such as trash removal. According to Bowser, the budget for trash removal is $46,000 a week.

Other groups like the Capitol Hill Business Improvement District are also pitching in to help during budget stalemate.

It announced plans to expand its clean team services in and around several neighborhood parks that are normally managed by the National Park Service.

Since the shutdown, every morning Sunday through Friday, employees of Capitol Hill BID have been sweeping and cleaning the parks, emptying trash cans and picking up loose litter. This is a job that would have normally been maintained by NPS employees.

Meanwhile, the Smithsonian museums and the National Zoo closed on Wednesday, January 2. This comes the end of the funds needed to operate. The zoo says they’ll continue to maintain staffing to ensure the care of the animals. However, like essential employees, they will be working without pay.