She couldn't wait to be a mom, but now her twins will never know her

Mothers are dying in the United States after giving birth at an alarming rate higher than any other developed country. Each year, between 700 and 900 women pass away from pregnancy-related causes, with black women three to four times as likely to die than other races. 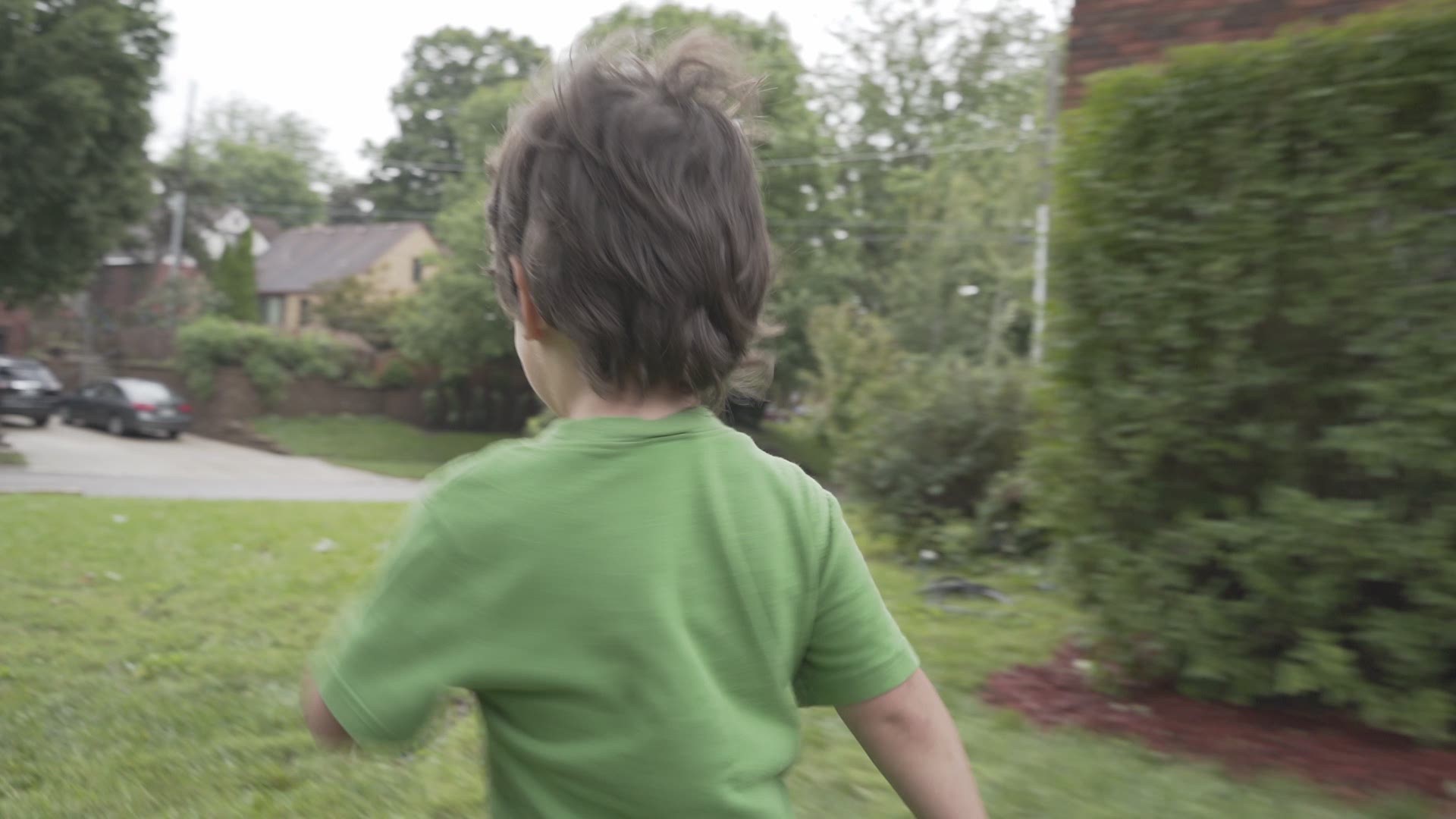 Jordan and Dylan live on a large corner lot at the end of their suburban street.

The trim brick houses and well-kept lawns were quiet as a mild summer storm rolled in. But inside their home, the two young twins were loud and rambunctious.

Jordan is more of a wild child, loose and rowdy. Dylan is more reserved, but like any young kid, can be reduced to tears or prone to outbursts at times.

They have a room full – overstuffed, actually – with toys and a dad that loves them.

The only thing they are missing is their mom.

Dylan and Jordan pose with their dad Michael in front of their Omaha home. The trio moved out of Gaithersburg after their mother passed away post-childbirth.

Lisa Swinton McLaughlin spent years trying to get pregnant. She was a career woman – a lauded doctor and lawyer – who eventually went to work for the Red Cross as an executive.

She loved children and eventually – with the help of in-vitro fertilization at the age of 56 – was able to get pregnant. She was delighted to find she would be having twin boys.

Lisa Swinton McLaughlin on her wedding day almost 15 years ago.

Her husband, Mike McLaughlin, now 70, said the happiest he has ever seen her was the day they brought the twins home.

She was not feeling well in the days that followed. She complained of level 10 pain and stayed in bed.

After speaking with her doctor on the phone, he told her to get up, move around, and drink water.

Moments later, as Michael helped her walk from the bedroom to the bathroom, she collapsed.

“She turned to me and said ‘help me Mikey,’” Michael recalled.

After they made it to the hospital, she was gone.

Maternal Death in the U.S.

The United States is one of the few places in the developed world seeing an uptick in pregnancy related deaths. Black women – like Lisa Swinton McLaughlin – are three to four times more likely to die after giving birth than white women, data from the U.S. Centers for Disease Control shows.

Maryland - where Lisa passed away - recently was labeled the 11th worst in the country based on its maternal mortality ratio, according to the American College of Obstetricians and Gynecologists.

“When we talk about what is the reason for the disparity, I can't tell you what that reason is except for the fact that the only thing that we conclude with any kind of reasonable certainty is that the experience of being black in America is so fundamentally different from the experience of being white in America that it translates to health outcomes,” Dr. William Callaghan from the U.S. Centers for Disease Control explained. Callaghan is the chief of the CDC’s Maternal and Infant Health Branch in the Division of Reproductive Health.

In Washington D.C., 17 of the 18 women who died from pregnancy-related causes between 2012 and 2016 were black. According to the D.C. Department of Health the maternal mortality rate eighth worst in the nation for pregnancy-related deaths when compared to all 50 states and Puerto Rico.

Jordan and Dylan do not remember their mother or even notice her absence on a day to day basis. However, the man shouldering the responsibility of raising the two, their father Michael does.

Now, Michael admits he is more the age of a grandfather than a father to two young kids. He says he is hoping to live long enough to see them graduate from college.

“I’m just trying to make it to 88/90 some place in there,” he explained. “They’ll be able to handle themselves then.”

Michael said Lisa had to have a Caesarian section when the boys were born. The surgeon twisted or nicked her bowel, he said, and she died from sepsis a few days later.

“While we were at the hospital, the doctor called back… and asked if everything was ok,” Michael said. “I told him she had died."

Michael said the doctor wrote up in his notes he told Lisa to go to the hospital.

“And he never did,” Michael said, showing a flicker of anger behind his generally calm demeanor. “He never told her that."

Holy Cross Hospital sent this statement, in part, in regards to Lisa's death.

At Holy Cross Health, we are committed to providing the best care, striving for excellence in quality, safety and experience...Any death is tragic. Truly, that of a new mother is even more so. As a religious organization we make great effort to support families and our caregivers through these difficult times. We share our compassion and respect for the dignity of each life. Our sympathies are with Mr. McLaughlin and his family.

When Lisa died, Michael moved the family back to his hometown of Omaha, Nebraska. Lisa had been the breadwinner in their family – he is retired – and he could no longer afford their house in Gaithersburg they had built together.

“In Omaha, I have a little village. I have all these people that… sort-of watch over the kids a little bit,” he explained. “I have a son in Omaha, I have brothers, sisters.”

It is unclear what exactly contributes to the high number of black women who die each year after or during childbirth.

Most experts and medical professionals we spoke with agreed it is a host of factors: the care women receive before giving birth, predisposition to certain health issues like diabetes, and so on. But many doctors and experts in the community said they believe the high maternal mortality rate for black women is deeply tied to discrimination when it comes to race and sex.

“I think without a question, there is racism, there is sexism,” explained Dr. Barbara Levy, American College of Obstetricians and Gynecologists’ VP of Health Policy. “Those implicit biases [are] both against women, so the problem with women dying after they go home after childbirth is a problem of having a voice.”

Medical studies have also shown chronic stress created by a lifetime of exposure to prejudice and discrimination could also play a role in the birth outcomes of black women.

“People are now talking about the stressors, the micro-aggressions in life that may increase stress hormones, cause high blood pressure, and we talk about people not having a voice and not trusting our system,” Levy explained. “We often put the blame on the women who are disadvantaged and that’s completely unfair. No wonder they don’t trust us.”

Levy said another issue is the big business of running a hospital.

“Maternity care is not very well paid, so hospitals are not very well paid for the works that it takes,” she explained. “When you think about it, a single nurse or a couple of nurses are taking care of two patients - the mother and the baby - either of which could be critically ill at any one moment in time. So, it’s an intensive care unit kind of environment.”

For Michael, he is not sure it was his wife’s race that played a leading role in her death and believes it was because the hospital missed something along the way. But he said he knows it happens.

“I think if there is a problem with black women dying in particular - dying at high rates - I think it's because a lack of hospitals in certain areas, the lack of money that individuals have,” he said.

And if it happened to Lisa – with the best medical care available - Michael wondered, what could happen to women less fortunate?

It’s that disparity between white and black, ever present in so much of American life, that both medical professionals and regular people across the United States are trying to correct.

Famous women, like Serena Williams, have told their stories about not being heard when complaining of intense and dangerous pain. TV judge Glenda Hatchett’s daughter Kira died after giving birth to her second son after hemorrhaging at the hospital; her husband has continued to raise awareness by speaking out on the issue across the country.

At the federal level, several bills have been proposed in Congress to combat the issue. A bipartisan bill suggests funding maternal mortality review committees in states that do not already have them. Those committees would review every maternal death - regardless of race - to determine causes of death and what, if anything, could have been done differently.

A Democratic-led bill aims to reduce the racial disparities in maternal mortality and morbidity by giving young people going into medicine more training in recognizing implicit bias and by funding up to 10 state pregnancy medical home (PMH) programs. Those programs aim to connect providers with more resources to help low-income pregnant women on Medicaid.

The American College of Obstetricians and Gynecologists started a program called AIM, which works with many provider groups to develop care “bundles,” which are a set of activities that they hope will help to improve the quality of care delivered in a hospital, even when staff are exhausted or distracted.

Communities across the U.S. are also organizing, providing care and getting people educated about the issues. In Washington D.C., dozens of organizations exist to help the underserved get access to care. But the nation’s capital has its own host of problems when it comes to access to healthcare in a still-somewhat-segregated city.

RELATED: Expert | Washington D.C. ‘most dangerous place to give birth in the U.S.' for black women

One of the twins holds a cookie given to him at the local grocery store.

Back in Omaha, Michael said he is not trying to criticize all OBGYN doctors, but he just hopes everyone learns from his loss.

“I think when you run a baby mill, you’re saddled with errors because you can’t … assure that the last [mother] had the same care as the first one going into that process. You’d like to think that you could but it’s a matter of numbers,” he explained. “Even with Lisa, the reality was that they did something because they were going too fast, not watching what they were doing, and they caused an action that caused another action. And that action would be that Lisa would never be able to watch her children grow up.”

And her children are growing up.

The two regularly help their dad with the grocery shopping at a store near their home, Baker’s. As the trio walks the organized aisles under the stark florescent lighting, they are greeted with smiles and waves from the store’s staff.

“Hey guys, here you go!” one staffer said as she cheerfully handed the boys two cookies at the bakery counter.

A light moment in an otherwise airy store, darkened by the fact their own mother will never have the chance to do so herself. 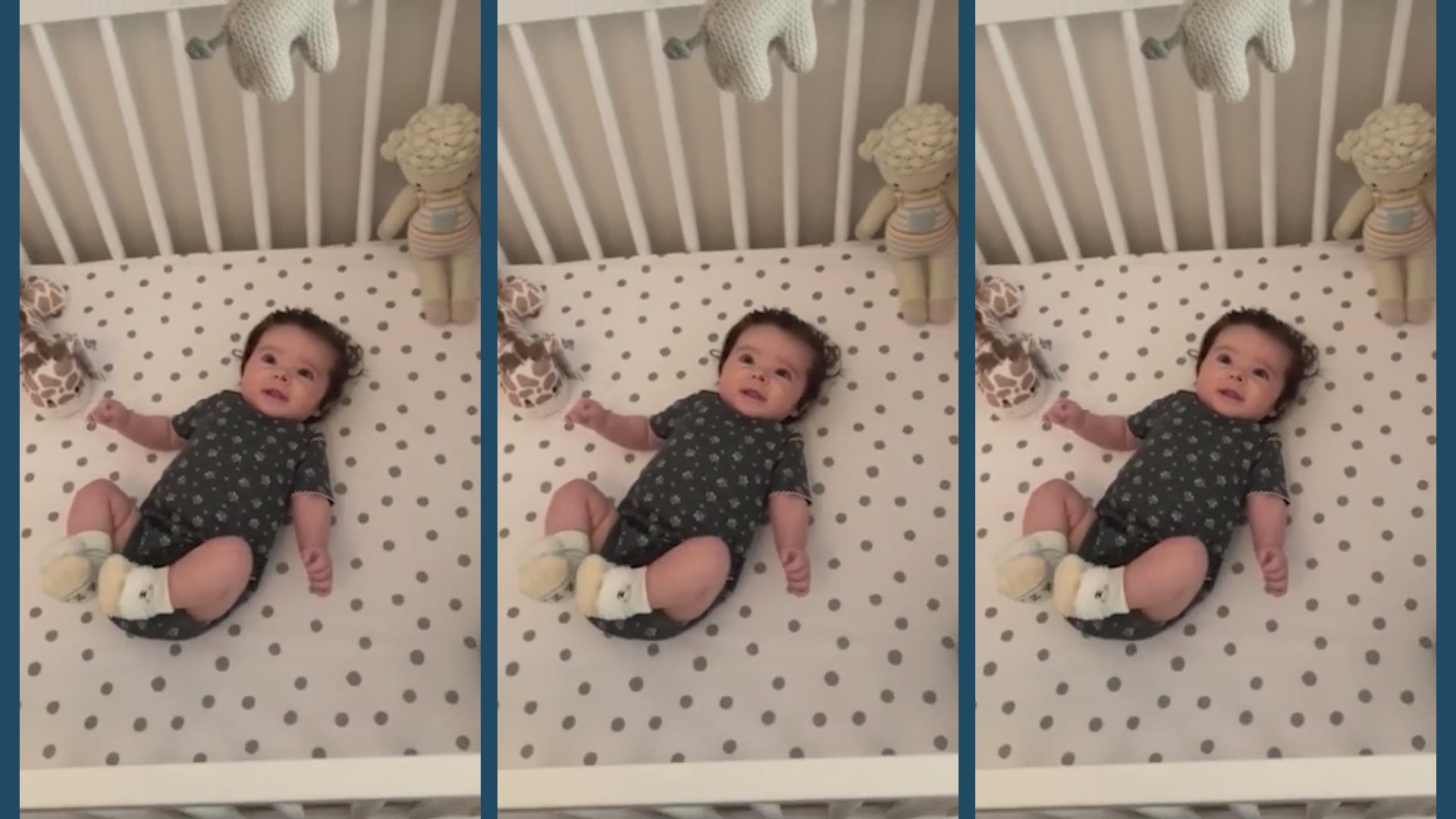 Separated at birth for four days: What new moms endure during the pandemic