Maryland will become a 'destination for the exploitation of girls' if underage marriage laws aren't changed, advocates say

In Maryland, not only can you marry at age 16 with the consent of one parent, you can marry at 15 if you're pregnant or have already given birth. 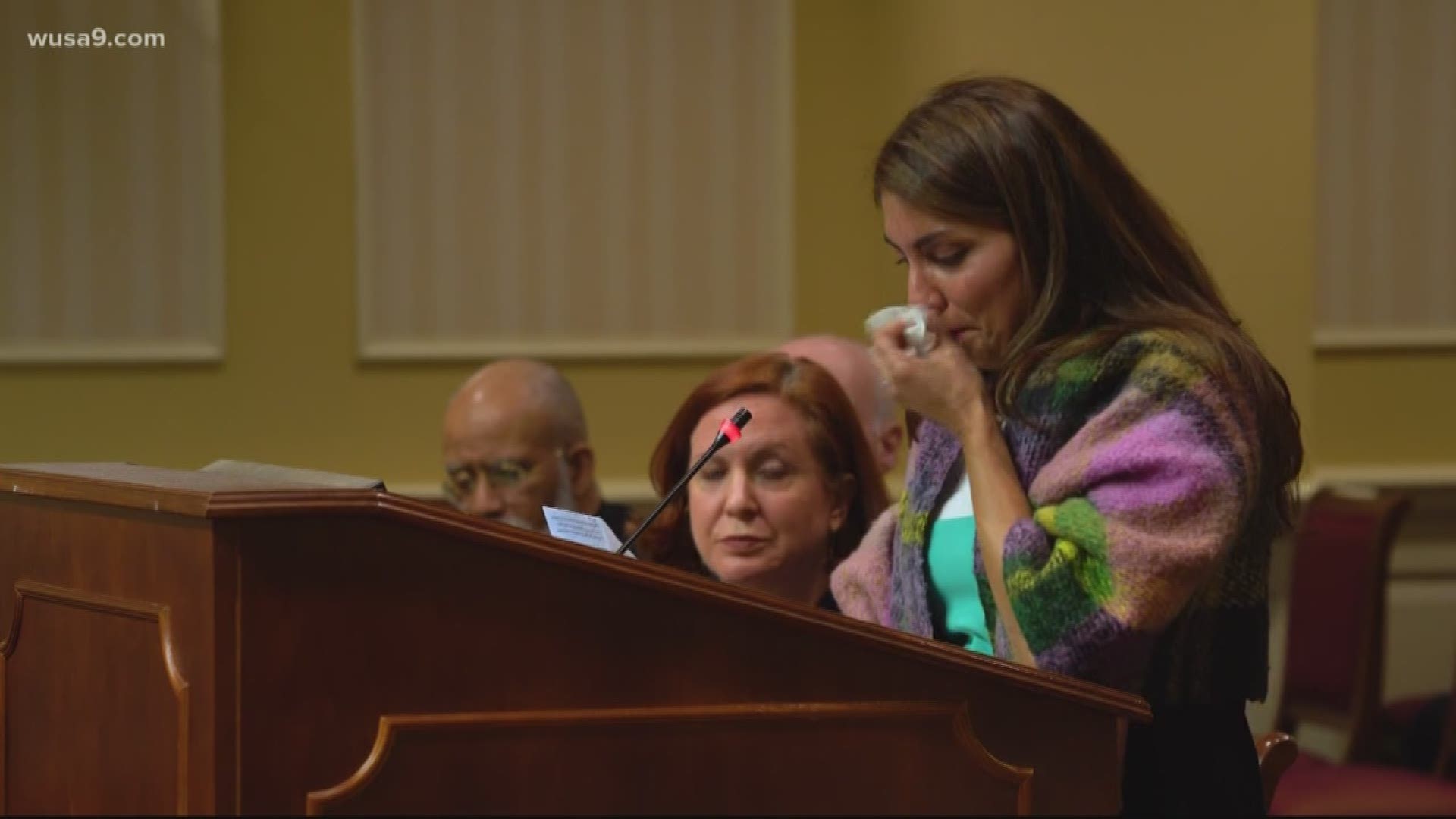 WASHINGTON — Right now, girls as young as 15 years old can get married in the state of Maryland. As other states pass landmark reforms to stop child marriage, Maryland has failed to act.

And that’s troubling for women like Sasha Taylor, who tries to block out the memories of her childhood – which, she says was taken from her, way too soon.

Taylor only has two photos left from that time in her life growing up in Arizona. The rest she destroyed – trying to wipe away the pain of a forced arranged marriage when she was just 15 years old.

Taylor says her home life was abusive, and her mother decided arranging a marriage to a 22-year-old man as her daughter’s only way out.

“I had never met him before,” Taylor said of the man she was forced to marry. “The night I was engaged to him I didn’t know who this human being was. I had never met or spoken to him.”

“I don’t know how to explain it. Scared was not the word. You’re just silenced into submission,” Taylor said.

She was a sophomore in high school missing classes to be married inside an Arizona courthouse where, in 1991, marriage was legal for minors as young as 15 years old.

“I don’t even know what day it was,” Taylor said. “We all just went to the court. And I’m just sitting, waiting for my turn to walk up and the judge called us up and I just repeated what I was told to repeat.”

Research and cases worked on in Maryland and other states by the Tahirih Justice Center shows child marriage happens for a variety of reasons, from cover-ups for rape or abuse to unfit parents just looking to pawn a child off on someone else.

Child marriages also include arranged marriages based on cultural traditions that can become forced marriages, and teen girls who are preyed upon by older men.

Jeanne Smoot, senior counsel for public policy and strategy at the Tahirih Justice Center, said once young girls are pressured to marry, they are then left without any resources to escape the relationship if and when things go bad.

And in some states like Maryland, minors are still considered children who have limited legal rights even after they are married – meaning it’s unclear whether they can even file for their own protection orders or divorce.

Credit: WUSA9
Maryland is one of just six states left in the U.S. with a so-called "pregnancy exception" for underage marriages.

“It actually can twist the arc of a girl’s life into a terrible downward spiral,” Smoot said. “With dropping out of school, having more children in rapid succession, at a younger age, no opportunity to gain work experience or employment, and the likelihood of facing divorce down the line.”

“She’s essentially trapped,” Smoot said. “And the laws should be designed to protect vulnerable girls, not to trap them in potentially lifelong harm.”

Jeanne Smoot said since 2016, 21 states have passed laws to end or limit child marriage, including Maryland’s neighbors, Virginia and Delaware, both of which now require you to be a legal adult to get married.

But year after year, Maryland lawmakers have failed to enact similar legislation.

Not only can you still legally marry in Maryland at age 16 with the consent of just one parent – Maryland is now one of only six states that still has what’s known as a “pregnancy exception.” Such an exception allows a 15-year-old girl to get married if she is pregnant or has already given birth to a child and has consent from a parent. Even if the man she’s marrying is considerably older. Even if that pregnancy is, in effect, evidence of statutory rape.

“And so, where the criminal law would punish that, and would protect that 15-year-old, the civil law is handing out a marriage license effectively to subject that individual who is already at risk to potentially lifelong repeated harm," Smoot said.

We dug into the most recent marriage statistics in Maryland and discovered that since 2016, when Maryland lawmakers had their first chance to pass child marriage reform, more than 250 minors have gotten married in the state.

That includes a 17-year-old who married a 41-year-old; a 15-year-old who was brought across the border from Delaware in 2018 to take advantage of Maryland’s lax laws and marry a 22-year-old under that pregnancy exception; and a 16-year-old and a 33-year-old from Pennsylvania who crossed state lines to be married in Maryland in 2019.

“Maryland, unless it changes its laws right now, this session, will increasingly become a destination for the exploitation of girls to be brought across state lines at young ages to marry older men in predatory and abusive situations,” Smoot said.

Credit: WUSA9
More than 250 minors have been married in Maryland since 2016, according to a WUSA9 analysis of available data.

Right now, Maryland lawmakers are once again considering a bill that would limit child marriage by prohibiting marriage under age 17, and set a maximum age difference of four years when the marriage involves a minor.

It would also require a judge’s approval of all marriage petitions involving a minor and include some other safeguards against forced marriages and other abuse.

That bill is expected to come up for a vote later in March.

“I still cannot believe I’m writing a statement about laws that should not even exist,” Taylor said to lawmakers at a committee hearing on the proposed legislation.

Taylor, who moved to our area to escape her abusive past, said it was a chance to show lawmakers firsthand the toll child marriage can take. She says, it took her three devastating years before she was finally able to get out.

If you want to get involved, here’s how:

If you live in Maryland call your State Senator and urge them to pass a law to stop child marriage in Maryland. To find out who your senator is, click here: http://mdelect.net/.

And if you’re a survivor – a former “child bride” yourself – please contact the Tahirih Justice Center at policy@tahirih.org since survivor stories are the key to convincing lawmakers to act.

If you’re wondering about the way things work here in the District, D.C. laws prohibit anyone under 16 from getting married, and the only thing needed for a 16- or 17-year-old to get married is parental consent.