Charlotte Newman, who remains at the company and is based in Washington D.C., claims Amazon has a history of 'down-leveling' Black employees. 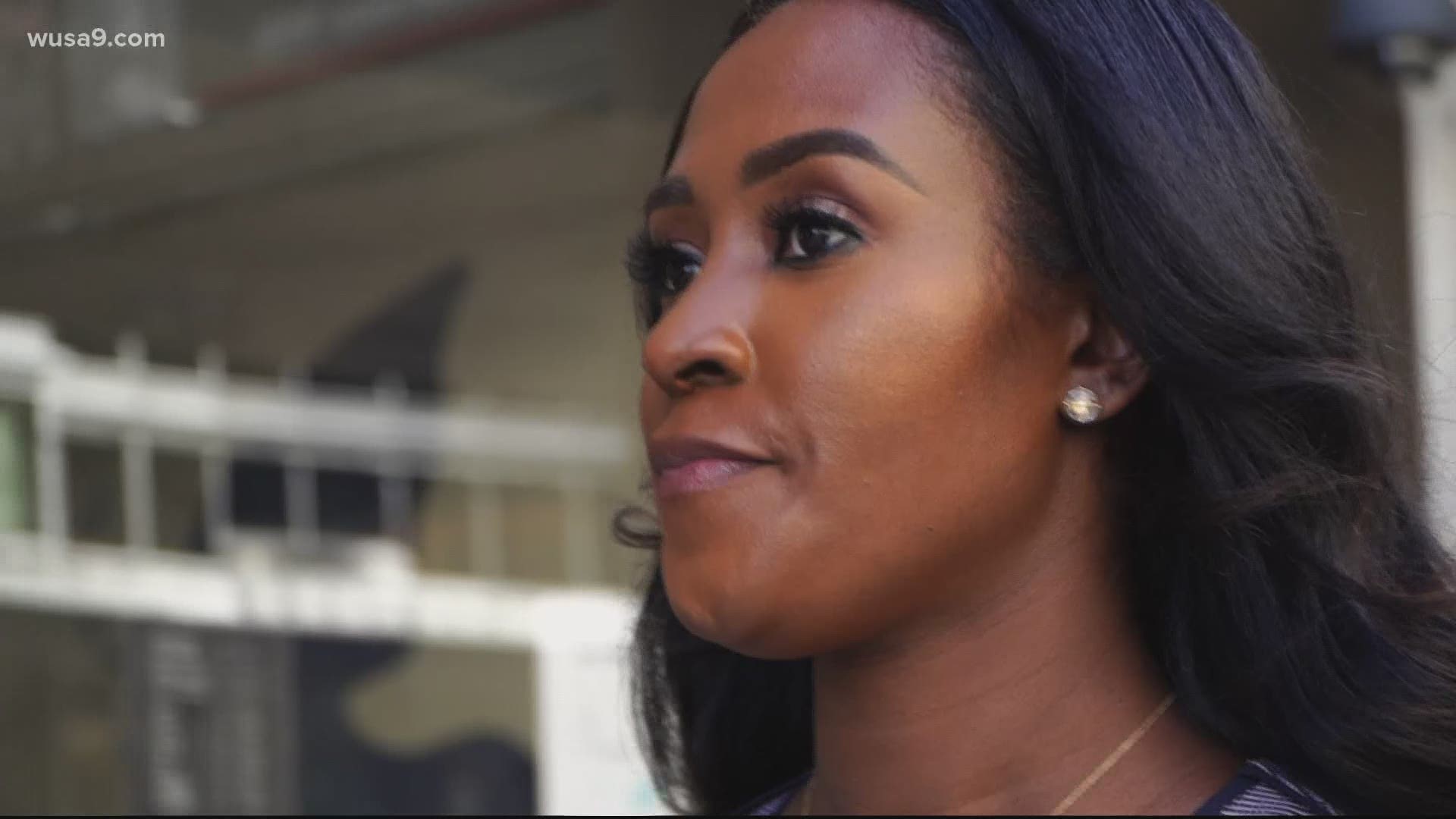 WASHINGTON — Charlotte Newman still holds back tears when she recounts a work dinner that “spiraled” in January 2018.

The former economic policy advisor to Sen. Cory Booker had already been employed at the Amazon Web Services (AWS) department for a year, when she alleged a director put his left hand under the table and pressed on her lap “in proximity to her genitalia” before he grabbed and groped her upper thigh.

Newman described the events in a lawsuit filed last month against Amazon and three defendants, including that same director. She said he repeatedly begged her to go home with him to have sex even though she denied him each time. When Newman announced going home at a different post-work outing, she accuses the employee of yanking her long braids and saying, “You can leave this behind.”

“Just to have someone treat you in a manner that shows clear disrespect, it’s been something that’s been very difficult to process and live with,” Newman told WUSA9 in a sit-down interview. “I started ensuring I stay at a different hotel, fly at different flights intentionally and made sure I wasn’t in a private space around this individual.”

Since filing her lawsuit, Newman said a number of former and current female employees at Amazon have reached out to her claiming they’ve been sexually harassed as well.

Newman said she was forced to be in the same team calls with her alleged assaulter despite filing a formal complaint last June, a decision she found easier to make after she began working from home due to the pandemic and witnessing the racial injustice movement.

An Amazon spokesperson confirmed the company fired the senior colleague four months later, but Newman claimed she was never updated.

Newman said she felt it was difficult to share her concerns to managers including an AWS executive, who Newman said relied on her alleged harasser for impressions and feedback about her. The lawsuit also claimed managers complained about the personalities of female employees and allegedly characterized a woman as “very intense,” without apparent basis.

“We do not tolerate discrimination or harassment of any kind,” an Amazon spokesperson said in a statement. “We immediately investigated Ms. Newman’s sexual harassment claim and fired her harasser. The investigation also resulted in corrective action and additional training requirements for those in her reporting line.”

The attorney for Newman alleged problems within the company started when she was first hired in January 2017 for an AWS public policy manager position, even though she applied and felt she was more qualified for a higher-level position. Newman was considered “Level 6” when she was offered the job to focus solely on U.S. policy affairs, but a few months later, she said her job responsibility quickly expanded to cover other countries.

Newman, a Harvard Business School graduate, claims she was doing the same duties as a senior manager in “Level 7,” but was still getting paid significantly lower.  Newman said other employees told her this practice of "down-leveling" was prevalent among Black Amazon employees and other workers of color.

Newman said she felt “dismissed or gaslit” when she pushed for a promotion even if managers told her she was in the appropriate level. Despite being passed up on promotions, she was eventually elevated to a different position more than two years later.

Amazon responded to the allegation by saying Newman was “properly placed in her role at the company.”

“It was demoralizing to do work that I knew should have come with a higher title and greater compensation,” Newman said. “Maybe if I looked differently then I might be paid, and been slotted in, differently.”

Newman’s attorneys estimate “down-leveling” has cost her $100,000 and as much as a couple hundred thousand dollars of Amazon restricted stock units per year.

“As the value of the company’s stock goes up, the value of that shortfall in equity and stock compensation only gets larger,” attorney Lawrence Pearson said.

The lawsuit blamed the tech company for tendencies to down-level new hires who are Black, and stated Amazon failed to hire any Black employees to the team in Level 7 from the mid-2010s until December 2018 and didn’t hire or promote a Black Level 8 employee from 2017 until 2019.

Chanin Kelly-Rae was the global manager of diversity in Seattle for only 10 months and suggests the practice of “down-leveling” was widespread. She said she even had leaders who identified as white try to help her in the process of creating a cultural change after witnessing gender bias and gender discrimination and listened to leadership principles “weaponize.”

Kelly-Rae was the only person to go on record in a recent Recode investigation that revealed Black Amazon employees are promoted less frequently and rated more harshly than non-Black peers.

Kelly-Rae said lack of budget was one example.

“I shared how much money I was given in terms of budget, and I had other leaders tell me that they had more money to buy t-shirts than I had for my program,” Kelly-Rae said. “What does that tell you about the culture? That a business team or an engineering team could have more money for swag than a Global Diversity Inclusion leader could have for their programming.”

Amazon said it’s not uncommon for people of all different backgrounds coming from companies with higher senior levels to join Amazon with a lesser role. The company said the hiring process uses leadership principles that ensures it hires and develops the best employees. Part of the interview process is to determine the level where the candidate is most likely to succeed, according to Amazon.

In another case, Newman’s boss is accused of using stereotypical racial tropes when he allegedly criticized Newman in a meeting by calling her “aggressive,” “too direct,” and “just scary.” The lawsuit said Amazon’s investigation found that he had made stereotypical comments, and only underwent training.

Newman chose to stay with the company for a variety of reasons.

The lawsuit is seeking an award in damages for several things including punitive damages, emotional distress and lost wages. The amount will be determined at trial.

“We work hard to make Amazon a company where our Black employees and people of all backgrounds feel included, respected, and want to grow their careers,” another Amazon statement read. “We care deeply about the experience of our more than 1.3 million employees around the world and recognize that they face the same challenges society grapples with, including the structural and systemic racism that has shaped the experience of Black people for generations.”

RELATED: Amazon founder Jeff Bezos to step down as CEO later this year