Va. Sen. Mark Warner is proposing an advisory group to create 'systematic change' with problems in base housing. 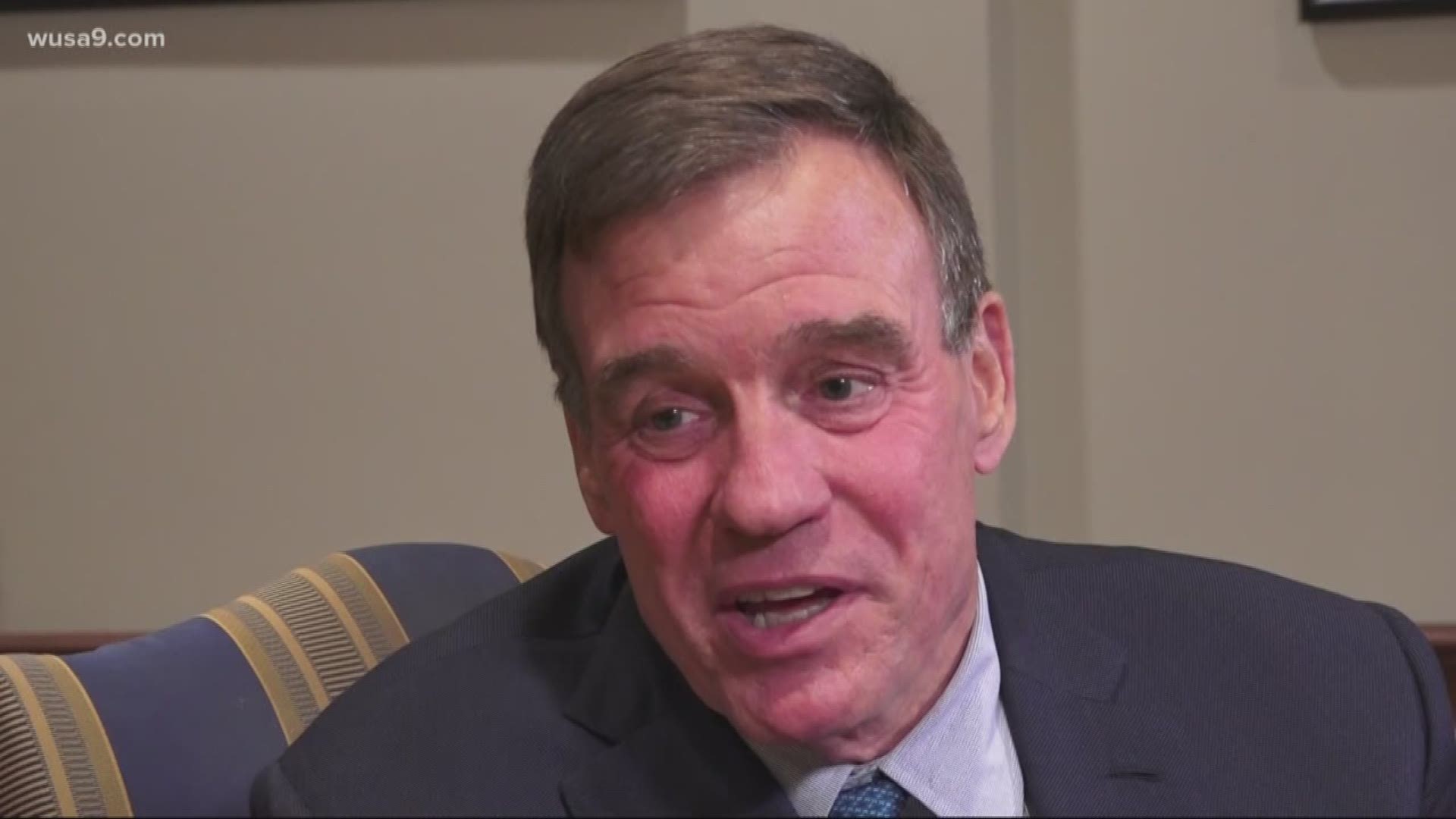 WASHINGTON -- A U.S. senator is calling for outside experts to help fix the widespread health and safety issues occurring in military housing. Almost all of that housing is managed by private contractors. Virginia Sen. Mark Warner is asking the Department of Defense to create a group that could advocate for military families.

He also filed an amendment to the defense spending bill to establish that advisory group. Lawmakers are currently debating the National Defense Authorization Act for FY20.

Sen. Warner puts it bluntly. He told WUSA9 housing is not part of the core expertise of Pentagon leadership. He sent that message directly to those officials because really, no one goes into the military to become an expert at overseeing housing.

“To me it's outrageous that we have treated so many of our military families so poorly,” Sen. Warner said. “My feeling is neither has the DoD nor have the private companies moved fast enough.”

Credit: Photo submitted by military family who did not want to be identified
Mold appears inside hole where ceiling collapsed inside military base housing.

"I write today to strongly encourage the Department of Defense to convene a temporary housing advisory group of outside experts to assist you in determining the best long-term solutions for addressing pervasive health hazards in private military housing across the military services,” he wrote in a letter to Acting Secretary Patrick Shanahan.

Army wife Darlena Brown knows about pervasive health hazards like lead paint all too well. Tests revealed the toxin inside their Fort Benning home. The Browns now live in Northern Virginia where every day, they're reminded of the consequences of their time in base housing. Medical records show their young son has autism and "intellectual and language impairments" "likely due to High Lead Levels."

“In our home it's like we have a constant four-year-old,” Darlena lamented. “He's almost nine. But it's as if he's three or four. I worry all the time about who will take care of him if something happened to my husband and I.”

Worry is something Sen. Mark Warner hears about a lot when it comes to housing on military bases. He's met with families who live in conditions with mold, rodent and rodent feces and structural concerns.

Since WUSA9 started investigating this issue, families sent us new photos of issues in their homes. They saw our story and wanted to share the pictures of theirs.

Since WUSA9 started investigating this issue, families sent us new photos of issues in their homes.

1 / 12
Photo submitted by military family who did not want to be identified
Ceiling that collapsed inside military base housing appears to have mold on it.

Despite what he’s seen and heard, Warner is still hopeful it is possible to fix this system on a large scale. To ensure that, he wants DoD to get together 10 to 15 independent experts to examine the Military Housing Privatization Initiative.

“My concern is someone might be head of an installation as part of their career, but they never gain the level of expertise to go toe-to-toe with these private companies,” Warner worried.

He is looking for recommendations that could strengthen accountability and offer perspectives on everything from environmental hazards to public health.

The Senator's letter also urges DoD to renegotiate contracts with the private companies. When the program was first put in place in the late 1990s, those contractors were given 50-year deals.

“Listen, I was a business guy longer than I've been in politics and the notion that you would grant anyone a 50 year lease, particularly in an area that's as important as housing your young soldiers and sailors, who are there to protect our nation, I think this was a decision that maybe in the short-term in the late 90s when the decision was made, made some sense,” Warner explained. “But I think they didn’t build into the contract the kind of oversight and the kind of, frankly, basic level of fair treatment that our military deserve.”

WUSA9 asked Warner what needs to happen so the situation never gets back to where it is now.

“We need to make sure that Congress keeps the eye on the chain of command, that the chain of command has the powers to hold these private companies accountable and frankly, if we don't see that level of accountability, I think some of these contracts need to be voided and we need to bring in replacement parties,” he responded. “This isn't rocket science. This is ‘basic management 101’ and we need to bring it to these contracts.”

Bills in both the House and Senate would give the Secretary of Defense the responsibility of rescinding the contracts if the housing companies don’t hold up their end of the deals.

As Warner waits for follow-through on his letter, at the Brown's house Darlena realizes this is going to take time to fix. She hopes leaders understand the stakes are high.

“Military readiness starts at home,” she added. “You should be able to know that your family is safe and healthy. That should be the last thing you worry about when the service-member leaves in the morning, leaves to go to work or deploy.”

Warner's office told WUSA9 DoD said it will send a comprehensive response from the acting secretary by the end of this month. When we asked a DoD spokesperson for more info, she said as with all letters like this, they'll respond directly to the senator.

Members of the public can ask their representatives to support addressing the military housing problems in this year’s defense spending bill. It is going through the legislative process right now.

More info on the House version of the defense spending bill can be found here.

More info on the Senate version of the defense spending bill can be found here.