24-year-old Alison Parker was shot to death along with Adam Ward by a disgruntled employee who had been fired from their Roanoke TV station. 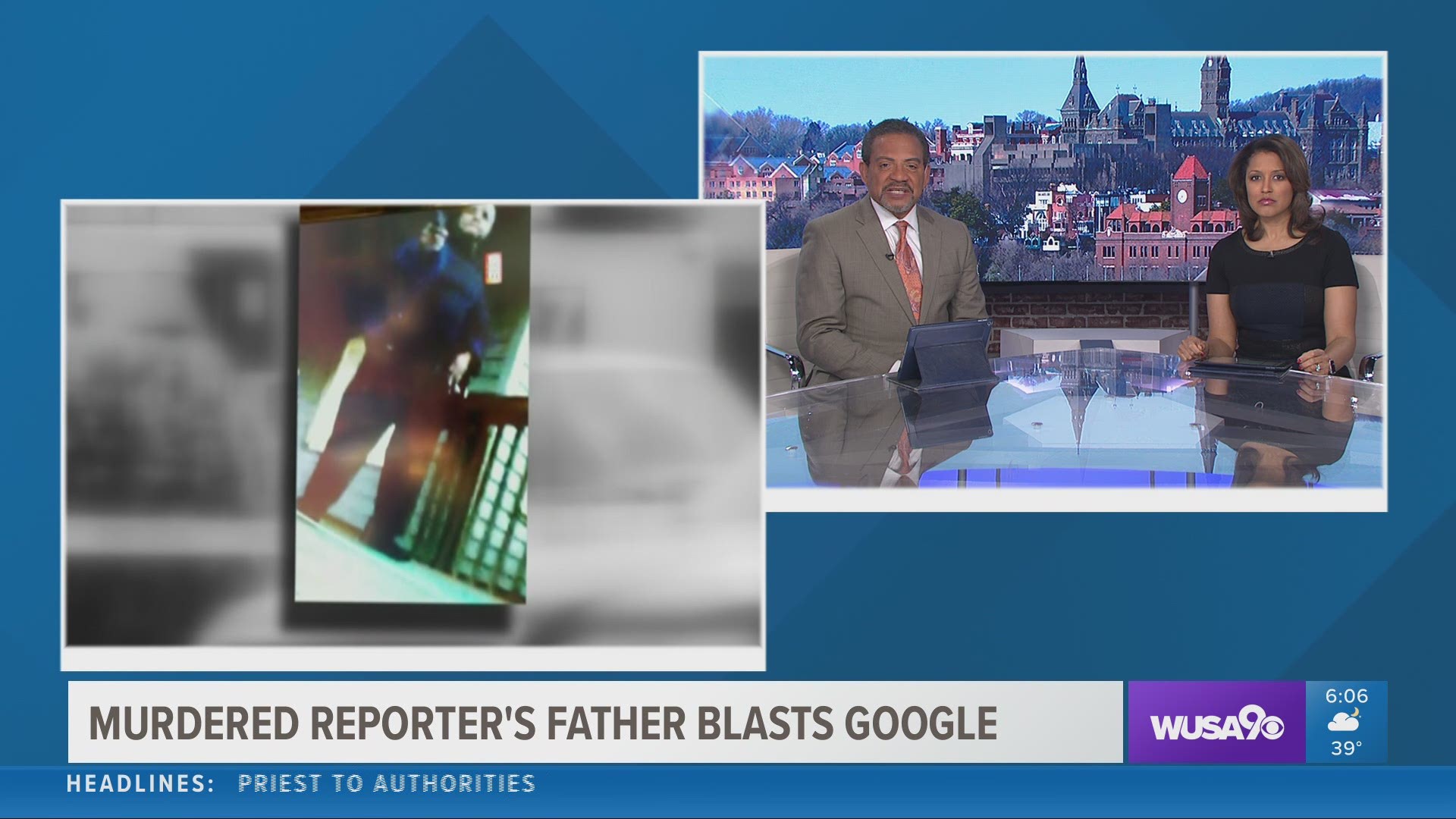 ROANOKE, Va. — It’s been more than three years since a young journalist was murdered on live TV along with her photographer.

24-year-old Alison Parker was shot to death along with Adam Ward by a disgruntled employee who had been fired from their Roanoke TV station.

The gunman recorded the killings and uploaded the video Facebook. Hours later, the gunman killed himself.

Since then, Alison’s father, Andy Parker, has pushed for gun control laws to stop the violence. He has written a book about his journey, titled, “For Alison, The Murder of a Young Journalist and a Father’s Fight for Gun Safety.”

His mission has expanded as the video of Alison’s murder continues to live on the internet, allowing anyone to view it.

He says Google, owner of YouTube, won’t take it down even though it has a policy to not allow videos that show someone’s death. Google requires users to flag videos they want removed, but he’s never seen the video and doesn’t want to.

Credit: AP
Parents of slain TV reporter Alison Parker, Barbara and Andy Parker, listen to speeches as they hold a photo of their daughter during an anti-gun violence rally at the Capitol in Richmond, Va., Monday, Jan. 15, 2018. Newly sworn-in Virginia Gov. Ralph Northam's push for stricter gun laws was dealt a swift defeat Monday, with a Republican-led Senate panel blocking legislation to increase background checks and limit guns at public rallies. After the vote, Northam told a crowd of gun-control advocates who held the rally on Capitol Square that he was "just getting warmed up" and would continue to press the issue forcefully. (AP Photo/Steve Helber)

WDBJ gave him the rights to it, so he has the copyright, but says he still can’t get it taken down.

A Google spokesperson sent WUSA9 a statement on the matter Thursday night:

“Our hearts go out to the families who have suffered incredibly tragic losses due to violent events. We’ve heard feedback from victims’ families and that is why we updated our harassment policy in 2017. Since then we’ve removed flagged videos that target the victims or their families and claim these events were ‘hoaxes’ or didn’t happen and we’ve worked on training our machine detection systems to flag videos to our reviewers. We do not allow ads to run on videos about tragic or sensitive events.”

Conspiracy theorists have taken the video of Alison’s murder and turned it conspiracies that say it never happened. They call Andy Parker a “crisis actor” similar to the students who witnessed the mass shooting in Parkland.

“It was astounding to me that people could be that cruel,” said Parker. "Attacking me, you know, I loved watching your daughter die. That kind of language. That kind of just, evil vitriol. "

But for him, the onus should be on Google to stop the spread of conspiracy theories.

"The conspiracy nuts have been around forever, but now what they have is a social media platform that gives them more of a voice," he said. "You stop the enabling."

Google said they realized conspiracy theories like calling Parker a "crisis actor" are clearly crossing a line, and violate the platform's harassment policy. They said their enforcement guidelines make clear those types of videos should be removed when they're flagged.

“Content claiming that specific victims of public violent incidents or their next of kin are actors, or that their experiences are false," their policy reads.

In an opinion piece in the Washington Post, Parker says, “As much as I want to blame the sick creators for the pain I feel, I blame Google even more. By surfacing this content and profiting from the data Google collects from those who view it, Google is monetizing Alison’s death and our family’s pain.”