Lights will also shine in New York City and Pennsylvania, honoring the victims of the terrorist attacks 20 years later. 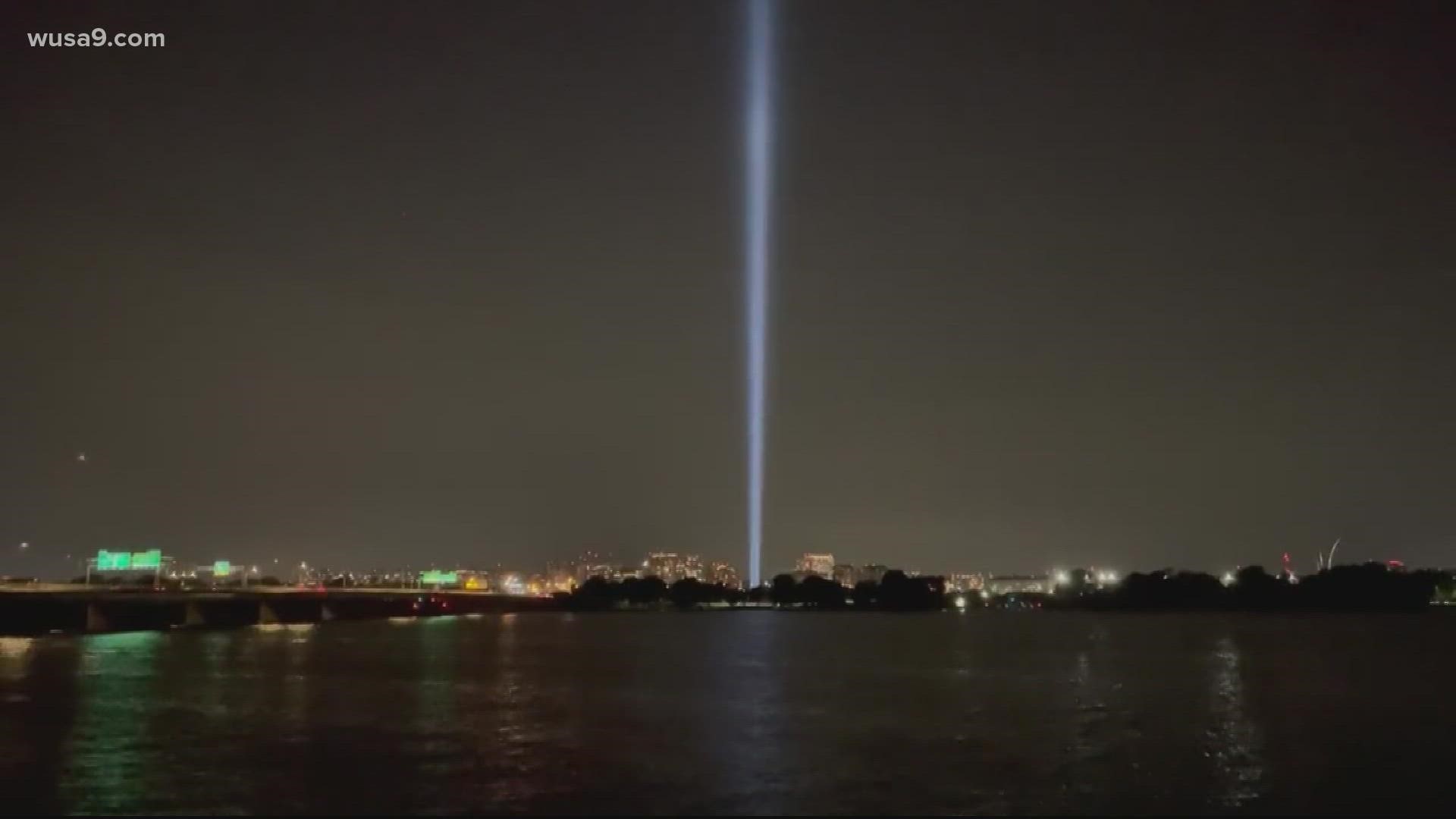 WASHINGTON — It's been 20 years since the deadly September 11 terrorist attacks. In honor of the victims who lost their lives at the Pentagon two decades ago, a single beam of light will illuminate the night sky through Saturday.

The Tunnel to Towers Foundation brought the "Tower of Light" tribute to the Pentagon last year, and brought it back to mark the 20th anniversary of a day Americans will never forget.

“We hope that these lights will remind people not of the darkness of that day, but that light will always conquer the dark. I hope that everyone who sees these lights, which are visible for dozens of miles, will pause to remember what happened on 9/11. For those Americans who are too young to remember, I hope they see this tribute and ask questions so they can learn about what happened, and the heroes who lost their lives that day,” said Frank Siller, Chairman, and CEO of the Tunnel to Towers Foundation in a release.

The Tunnel to Towers Foundation was born out of the sacrifice of Frank Siller's brother, Stephen Siller, who gave his life to save others on September 11, 2001.

Frank Siller visited both the Pentagon crash site and the Flight 93 crash site during his 537-mile walk to New York City, which began on August 1 in Arlington, Virginia, and will end in New York on September 11.

According to the Tunnel to Towers Foundation, the Pentagon Tower of Light is made up of 44 individual lights. The light beam can reach 18,000 feet into the air, and on a clear night is visible from 60 miles away.

Stunning. 9/11 Tribute in Light at the Pentagon… Seen here from the banks of the Potomac. Visible for miles across Washington, Maryland and Virginia #September11 pic.twitter.com/ZU0Rkjx9HX

The lights will be illuminated each night until the early morning hours on September 12.

RELATED: A call to serve: Woman rescued from Pentagon daycare on 9/11 now serves in Air Force

RELATED: 'It’s as if it were yesterday' | Mother who lost her daughter in 9/11 attacks honors the legacy of those lost