Here's how you can help name 2 Potomac River dolphins

No, we're not kidding. The deadline for name submissions is Friday. 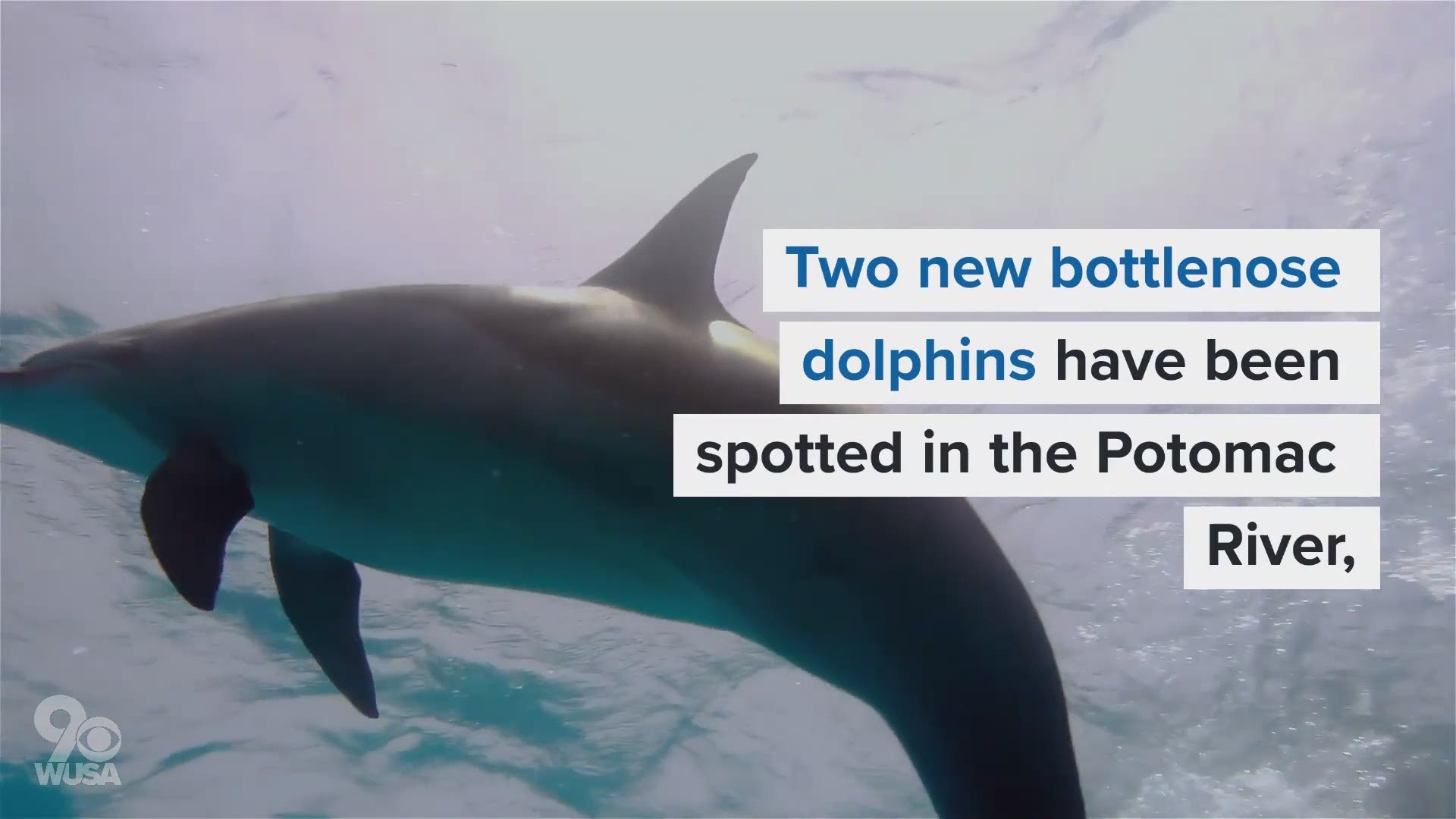 WASHINGTON -- Two new bottlenose dolphins have been spotted in the Potomac River, and you can help name them for the first time ever.

Scientists from the Potomac Conservancy and the Potomac-Chesapeake Dolphin Project announced the sighting of the new dolphins.

They're identified by their unique dorsal fins, and currently go by D1 and D2.

The dolphins have been spotted in the Potomac River over the last several years, and scientists suspect both are mature adults -- neither has been seen with a calf, the Potomac Conservancy website said.

Experts from the Potomac-Chesapeake Dolphin Project believe there are thousands of dolphins swimming in the Potomac and Chesapeake Bay.

Keep your eyes peeled for D1 and D2. "Citizen scientists" can upload photos of their dolphin sightings to DolphinWatch for identification, the website said.

Name ideas for D1 and D2 must be submitted by Friday to be considered in a public voting contest.