A new hospital in Southeast D.C. is years away and not certain. The council decision to cut money by tens of millions of dollars is short sighted, activists say 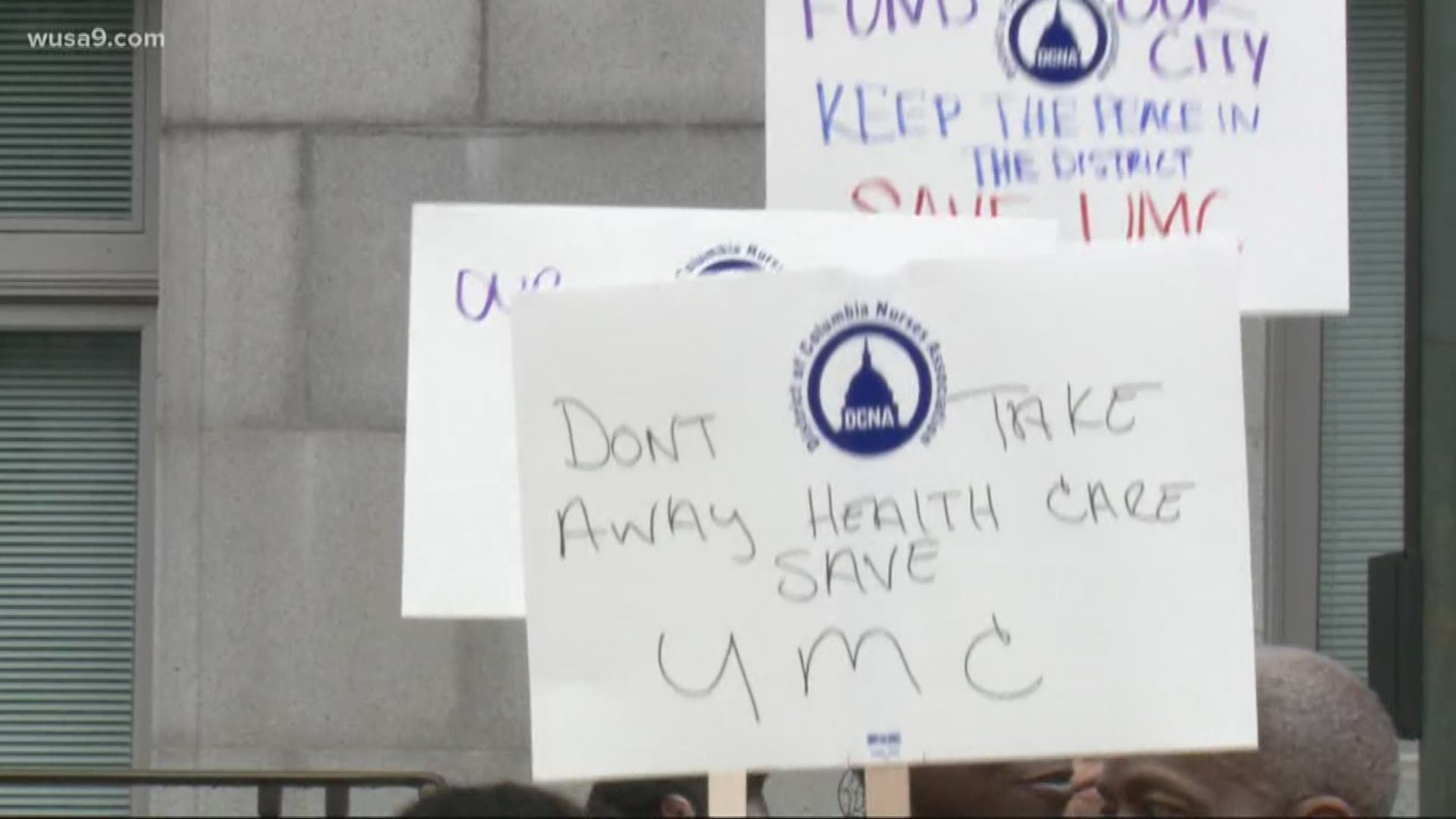 WASHINGTON — A group of fired-up protesters gathered Tuesday to object to the District of Columbia Council's decision to slash money for the city's only hospital east of the Anacostia River.

Earlier this month, council members decided to shut down United Medical Center, the district's only remaining public hospital, within four years, saying that the city could not afford to lose tens of millions of dollars in taxpayer money. But in the meantime, a budget allotment of $15.5 million are expected to force massive layoffs at the Southeast D.C. hospital within 60 days.

This time, the protest in front of City Hall was organized by the District of Columbia Nurses Association, the union of professional nurses who work in Washington and will be among the staffers faced with layoffs. Other protesters also were out Friday in front of the hospital to make their feelings known.

"Time is life," one protester said Tuesday. "If you do not get it (health care) in a timely manner, then you might as well just buy your ticket for the morgue."

United Medical Center officials have said that they need at least $40 million to stay solvent in the coming fiscal year. The millions of dollars less will allow only for its emergency room and psychiatric services.

In summer 2017, health regulators closed UMC's obstetrics ward because of repeated problems with medical errors, leaving Southeast D.C. mothers-to-be without a nearby hospital in which to give birth.

► OCT. 17: DC ‘most dangerous place to give birth in US' for black women
► MARCH 2014: New hospital planned on St. Elizabeths east campus in DC

District officials are in negotiations with the private George Washington University Hospital to construct a new hospital on the grounds of St. Elizabeths Hospital, the city's public inpatient psychiatric facility. But protesters say the council's budget cuts could close United Medical Center before any new building is ready for patients.

In the first five months of this year, homicides and other violent crime were concentrated in Wards 7 and 8, both east of the Anacostia River, according to the police department's crime map.

If United Medical Center were forced to close, residents would be without quick access to a full-service hospital, protesters said.