Parkinson's disease affects more than a million people in the US and their families.  For the last 25 years, deep brain stimulation has been the gold treatment standard.  But a segment of Parkinson's sufferers were left out.  Now a new variation on DBS opens up this life changing treatment to more patients. 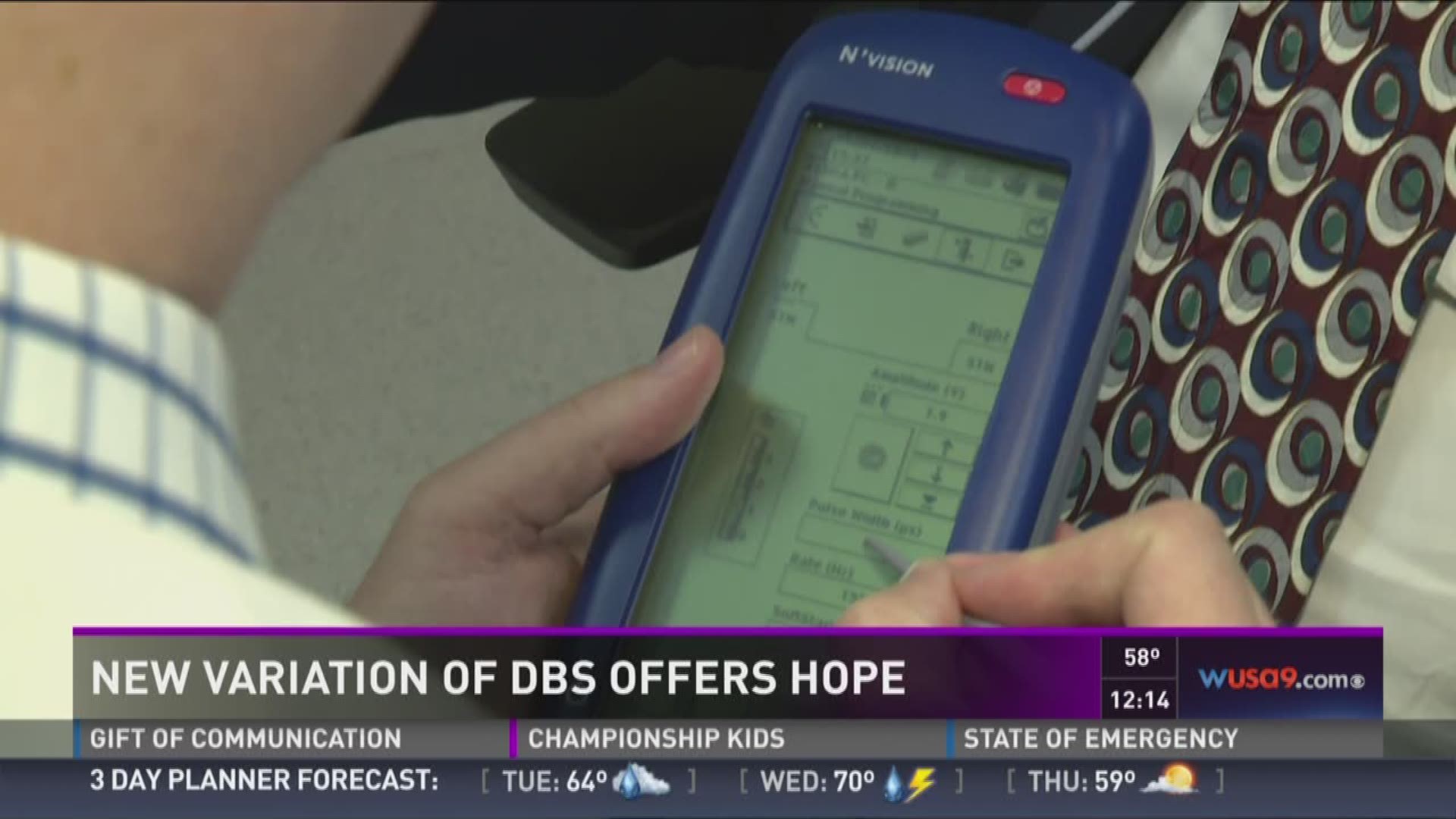 Fairfax, Va. (WUSA9) -- Bachir Flih of Fairfax was diagnosed with Parkinson's disease 11 years ago. The condition was very hard on him and his family.

Flih says, "Life was terrible. I was losing hope, I was not doing what I wanted to do with life. I was depressed and all of that was terrible. I could not function as a normal person in my active life at work and also with my family."

The medication that Flih used to control his tremors was no longer effective. Today, Flih is a different man, he credits his steady hand with the MRI-guided Deep Brain Stimulation (DBS) procedure that he underwent at Inova Fairfax Hospital.

The essential technology involves placing an electrode, also called a neurostimulator, deep into the brain. This blocks abnormal signals that have been around for 25 years.

Sean Lewis Rogers, MD, PhD, Co-Director of the Parkinson's and Movement Disorders Program at Inova says, "Well, the nature of how DBS implanted in the past was in an awake procedure, usually done with CT. And the patient would interact while the surgery was happening so we would know where the DBS was placed, and any side effects, and ware we getting good benefit."

However in a mock surgery, Bachir couldn't tolerate DBS while awake. In the past, not being able to be awake during this procedure meant patients couldn't have it.

But with the new MRI-Guided DBS technology, doctors are able to offer them this life changing treatment while sedated.

Mahesh Shenai, MD is the Director of Functional and Restorative Neurosurgery at Inova, he worked to make this procedure happen for Bachir.

Dr. Shenai says, "It was a significant change, before we would actually do the procedure in an operating room. With this technology we actually had to bring the operating room to the MRI scanner. So we actually had to move our operative equipment from one area to another and we had to worry about compatibility issues of different instruments going from one room to the other. So it was a big change."

"We can essentially put these electrodes in the right place in the brain within basically a half-millimeter of accuracy", adds Dr. Shenai.

With traditional DBS, the results are evident while still in the operating room. With the MRI enhanced procedure, Flih had to wait a few weeks.

Dr. Rogers says, "So he came into the stimulator clinic, we turned it on, we immediately can see the improvement on his right side."

While our WUSA9 crew interviews Bachir, he stretches his steady arms with a nice smile and says, "My life has changed totally, my wife is happy, my kids are happy having me home and smiling and talking with them."

Flih is considering the procedure for the other side of his brain in the spring. While this new MRI-guided procedure has its benefits, the traditional "awake" DBS surgery will still be the procedure of choice for many patients.