Montgomery County is still not ready to reopen yet, officials say 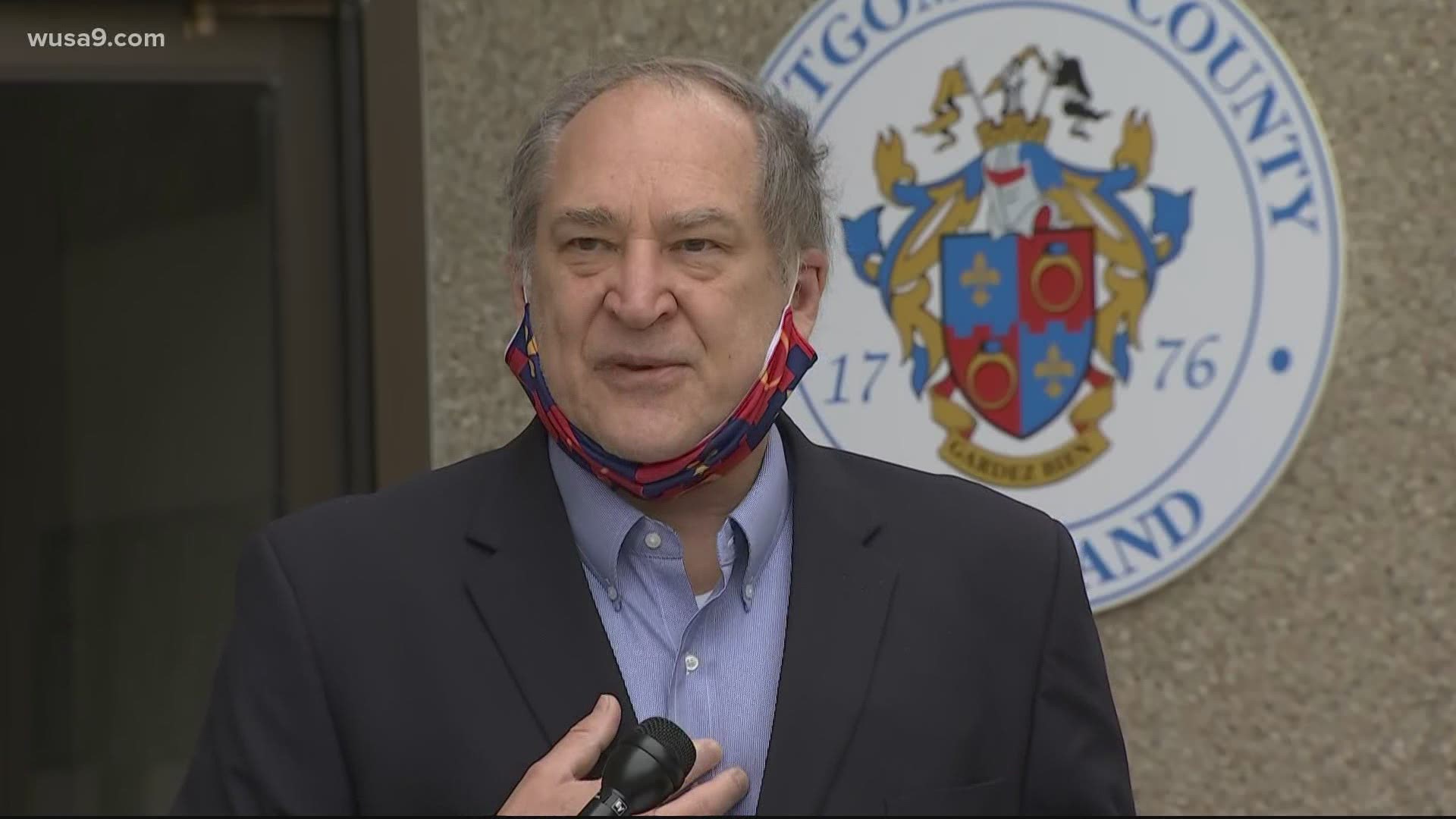 MONTGOMERY COUNTY, Md. — Officials with Montgomery County, which has Maryland's second-highest number of COVID-19 cases and the most deaths, made it clear they aren't ready to reopen despite Maryland Gov. Larry Hogan lifting the state's stay-at-home orders at 5 p.m. on May 15.

"I can assure you that until our health officer thinks that it's safe to open, we will not be opening some of these things," Montgomery County Executive Elrich said during a news conference Wednesday. "We are looking to see continued trends in the data to make final decisions, but we are hoping to have more clarity in the next week or so."

Hogan acknowledged during his reopening press conference Wednesday that four of Maryland's 24 jurisdictions, including Montgomery County, account for 70 percent of the state's cases.

On May 20, Elrich elaborated on those cases in the county versus state numbers, citing limited hospital capacity and growing testing capabilities. According to Elrich, the state is still making "positive strides" in the necessary requirements needed to reopen but is waiting on seeing those strides continue before finalizing reopening details.

"We are low, but not low enough," Elrich said. "Just because we are plateauing doesn't mean we are necessarily on a downward curve."

A downward trend in hospitalization rate is one metric used by the Centers for Disease Control and Prevention and officials to see when state's can look towards reopening. Elrich and Montgomery County Health Officer Dr. Travis Gayles said their county had not seen a decline. 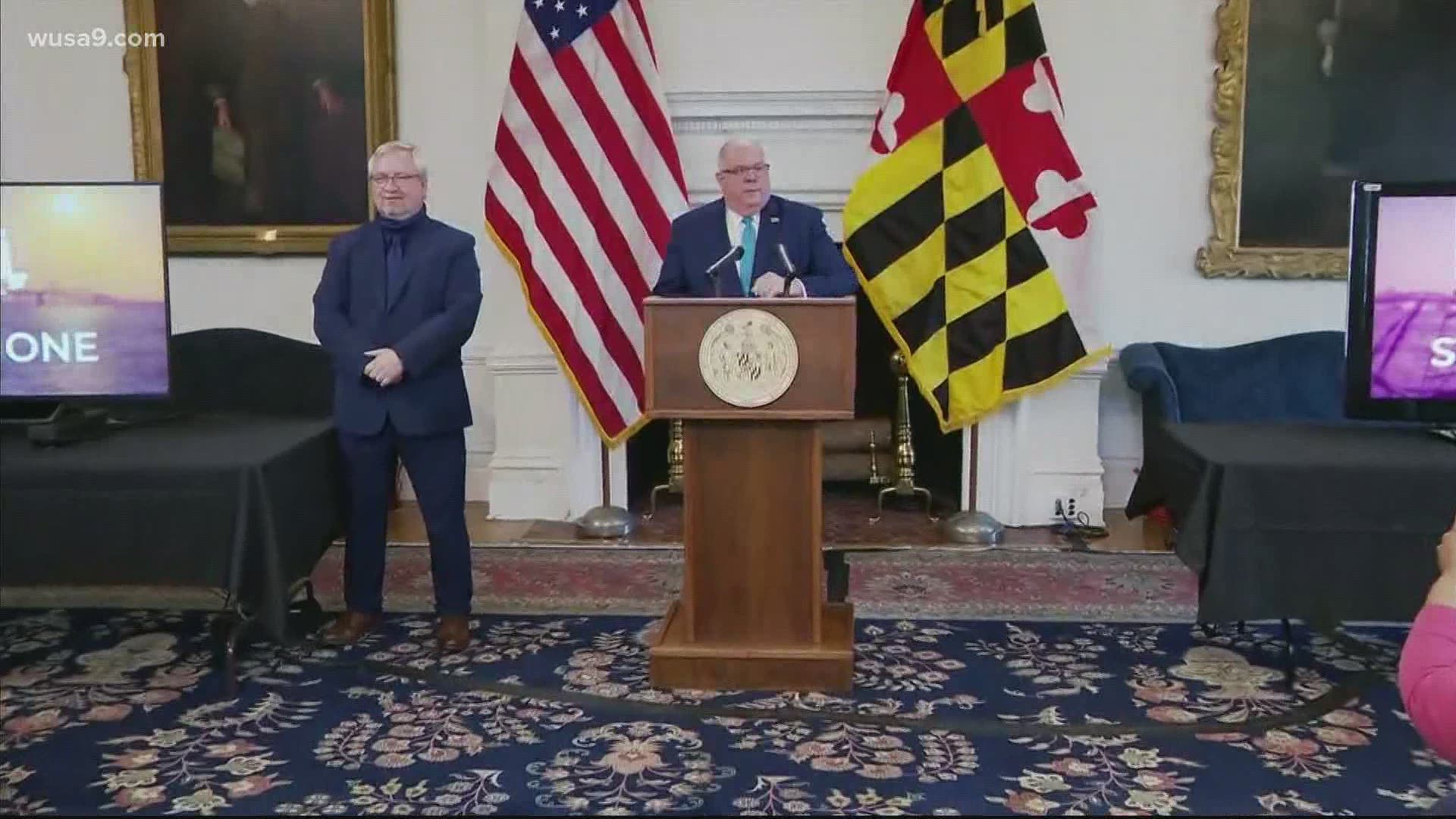 RELATED: Return to class: Maryland lays out plan for transitioning students back to in-person learning

Gayles also stated that he needed to see both the number of cases on a sustained decline before he would feel comfortable giving the go-ahead on reopening.

While the county is working towards increasing testing measures and and identifying those who are asymptomatic, Gayles said officials are waiting to see lower positive case rates before determining when to start reopening.

Test positivity for Maryland is at 19%, he said, with Montgomery County seeing test positivity higher at 25%. An advisory board comprised of local health officials and experts is in the works for the county, Elrich said.

"I know this is very difficult for all of us," Elrich said. "Our businesses are eager to reopen and our residents would love to be able to resume their usual activities, and we want to get there as quickly as possible while adhering to the essential public health guidelines."

Elrich also emphasized the need for neighboring counties and D.C. to coordinate their plans to lift restrictions, stating that a joint effort is the best way to stop the virus from spreading.

"We are in a densely populated metropolitan area, and we share borders with other jurisdictions," Elrich said. "It is important that whatever any one of us does, we all do. Until we are all ready to open, it is not prudent for any one of us to open."

Between Prince George's County, with the highest number of COVID-19 cases in Maryland, and Montgomery County -- the two counties account for nearly half of the state's cases.

Montgomery, Howard and Prince George's counties have all announced that they would not reopen when the rest of the state does.

RELATED: 'We need the state to do its part' | Prince George's County executive on lack of resources, COVID-19 tests

"Our situation is improving," Elrich said. "We are scaling up our testing capabilities and will be able to test more people in more settings. We are also increasing contact tracing. These efforts will help make our community safer. But we do not meet the measures set out by federal and state guidelines."

"We need to base our opening on the facts," Elrich said. "Otherwise, you're going to end up repeating this."

RELATED: The coronavirus kills nine people per day in Prince George's County, now the leading cause of death 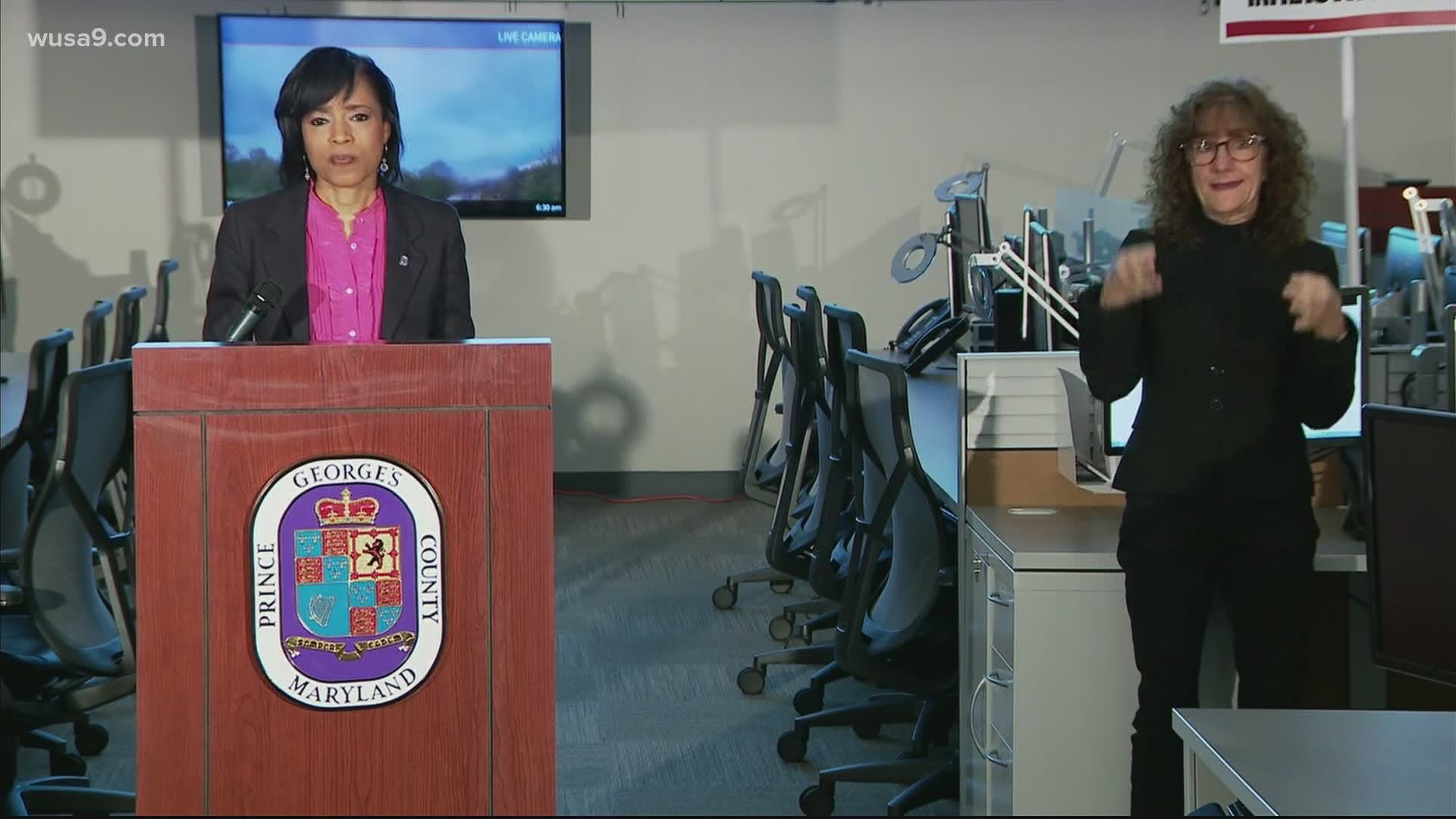