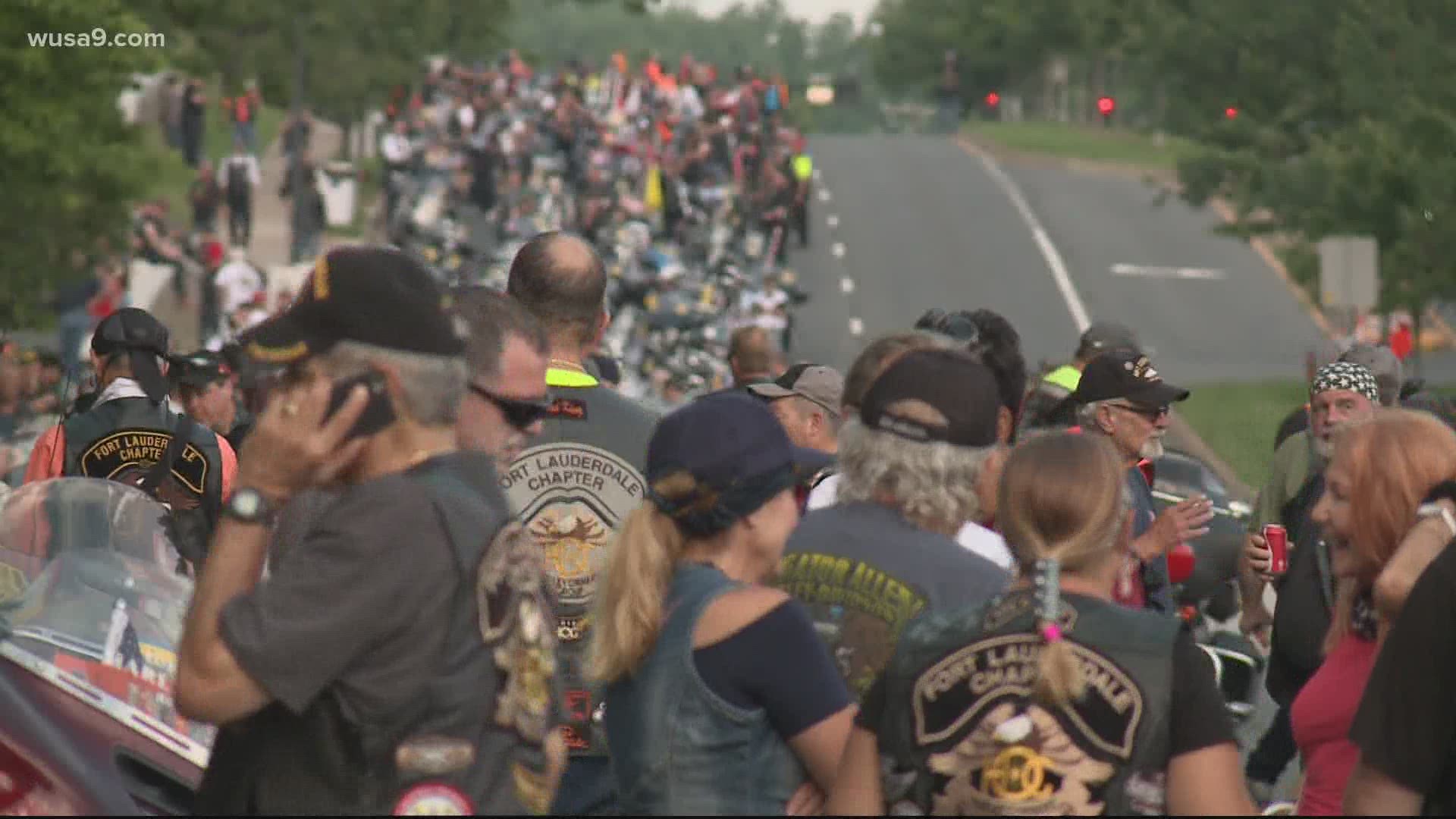 WASHINGTON — A veterans service organization is ready to revive a decades-long tradition that draws thousands of bikers to D.C. every Memorial Day Weekend --- only it is going to do virtually.

When the iconic Rolling Thunder, an annual motorcycle demonstration that starts at the Pentagon and ends at the National Mall, ended after 32 years last spring, many were sad to see it go.

Year after year, the ride would serve as protest demonstration about accountability from the federal government on missing U.S. servicemembers. According to the Defense POW/MIA Accounting Agency, more than 81,000 Americans remain missing from several wars, including WWII.

The ride also raises awareness about the suicide epidemic among veterans. The event ended over costs and logistics.

"Our suicide issue is most critical,"  Air Force Veteran and AMVETS National Commander Jan Brown said. “We’re still seeing an average of 22 [suicides] a day and it may be higher than that."

American Veterans (AMVETS), a national organization that enhances the life of veterans, is now in charge of the new version of Rolling Thunder. They have renamed the event Rolling to Remember and are  getting bikers energized about next weekend.

On May 24, riders are challenged to ride 22 miles throughout their own communities to show support and demand action for the critical issues facing veterans. Commander Brown said they were ready to bring the demonstration back to the District, but due to the pandemic riders are asked to participate virtually.

“I’m glad that we’re going on with something,” Commander Brown said.“ We’ve worked close to 20 months to put this together pre-pandemic. “

“It’s important we remember why we have Memorial Day,” she said.

The ride will start at 12 p.m. EST. Riders are asked to download this REVER app to plan, track and share their Rolling to Remember ride. You can also sign up here. For those who cannot ride this year, you can donate on the event’s website.

AMVETS is also asking people to sign a petition demanding action from Congress on missing soldiers and other veteran issues.

While the event will be held from a virtual distance this year, Commander Brown said  AMVETS is already looking forward to doing this in person next year. She said they have already put permits in for 2021. To avoid problems with costs, they will be hosting a fundraiser to facilitate the ride.

Here’s a list of virtual events leading up to AMVETS Rolling to Remember:

Friday, May 22: Evening vigil and wreath-laying at the Vietnam Veterans Memorial.

Saturday, May 23: Two-hour Facebook Live program to educate and advocate for veteran issues. Gold Star family members and veterans are among interviewees discussing mental health and more. Musical guests include Rascal Flats. Secretary of the VA Robert Wilke will also be present.

Sunday, May 24: Patriotic ceremony ( Up to 10 people) at AMVETS Headquarters in Lanham, MD, prior to the start of Rolling to Remember.