The ADAMS Center in Northern Virginia is holding multiple virtual events for its worshipers. 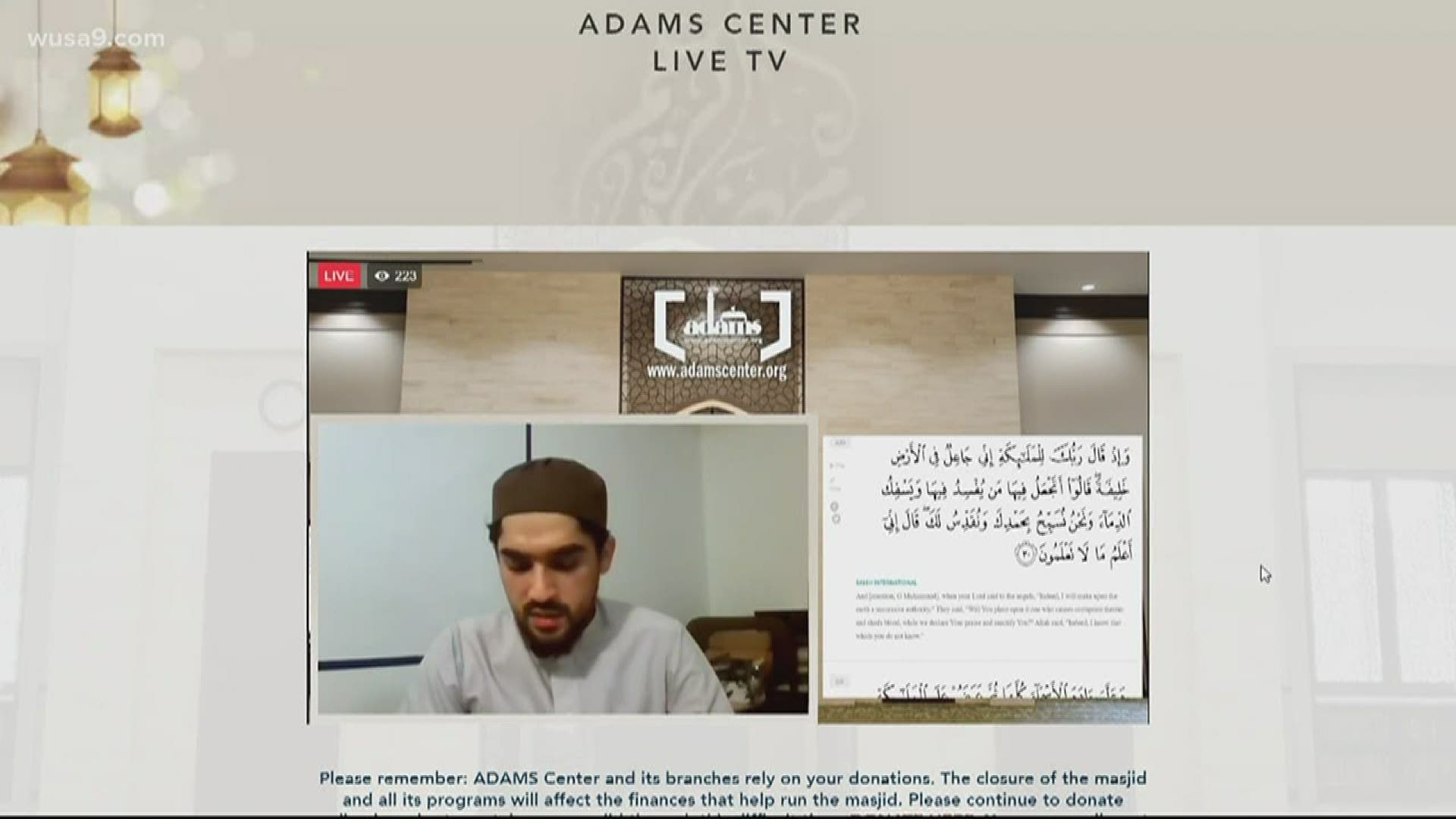 DULLES, Va. — The coronavirus’ spread has forced mosques across the DMV to change their plans for observing the Muslim holy month of Ramadan.

Fasting for Muslims starts at dawn and ends at sunset. This year, fasts last around 15 hours daily -- a time during the month in which Muslims abstain from food and drink, among other items.

The All Dulles Area Muslim Society (ADAMS) in Northern Virginia, says it is the second-largest mosque in the United States, with 11 branches and satellites.

RELATED: Despite the city's stay-at-home order, WeWork is still charging members for their co-work space

ADAMS board chair Rizwan Jaka said his mosque is offering its worshipers the opportunity to observe Ramadan virtually.

"We've created online, starting March 12, where we have regular religious programming from our imams and scholars," he said.

Jaka said the changes are in line with Islamic teachings.

"The Islamic ruling is the protection of life is the utmost important, and staying home and staying safe for the whole nation and the world is so important,” he said.

Last week, Jaka said one of ADAMS’ virtual events got more than 17,000 online viewers. He said the online platforms are allowing worshipers to still make a spiritual connection.

RELATED: 'There's going to be a big void' | DCPS psychologist dies from coronavirus

However, Jaka admits, it still feels a bit abnormal to celebrate Ramadan from a virtual setting.

"Obviously, everybody misses coming together at the mosque, just like in churches and synagogues and temples," he said. "People are wanting that human-to-human, person-to-person connection."

Jaka said during Ramadan the ADAMS Center plans to redouble its effort to make an impact in the community by providing first responders and law enforcement with PPE. He also said his mosque plans to hold several interfaith events soon.