The National Cathedral rang the bell 700 times, once for every 1,000 Americans who have died from the virus. 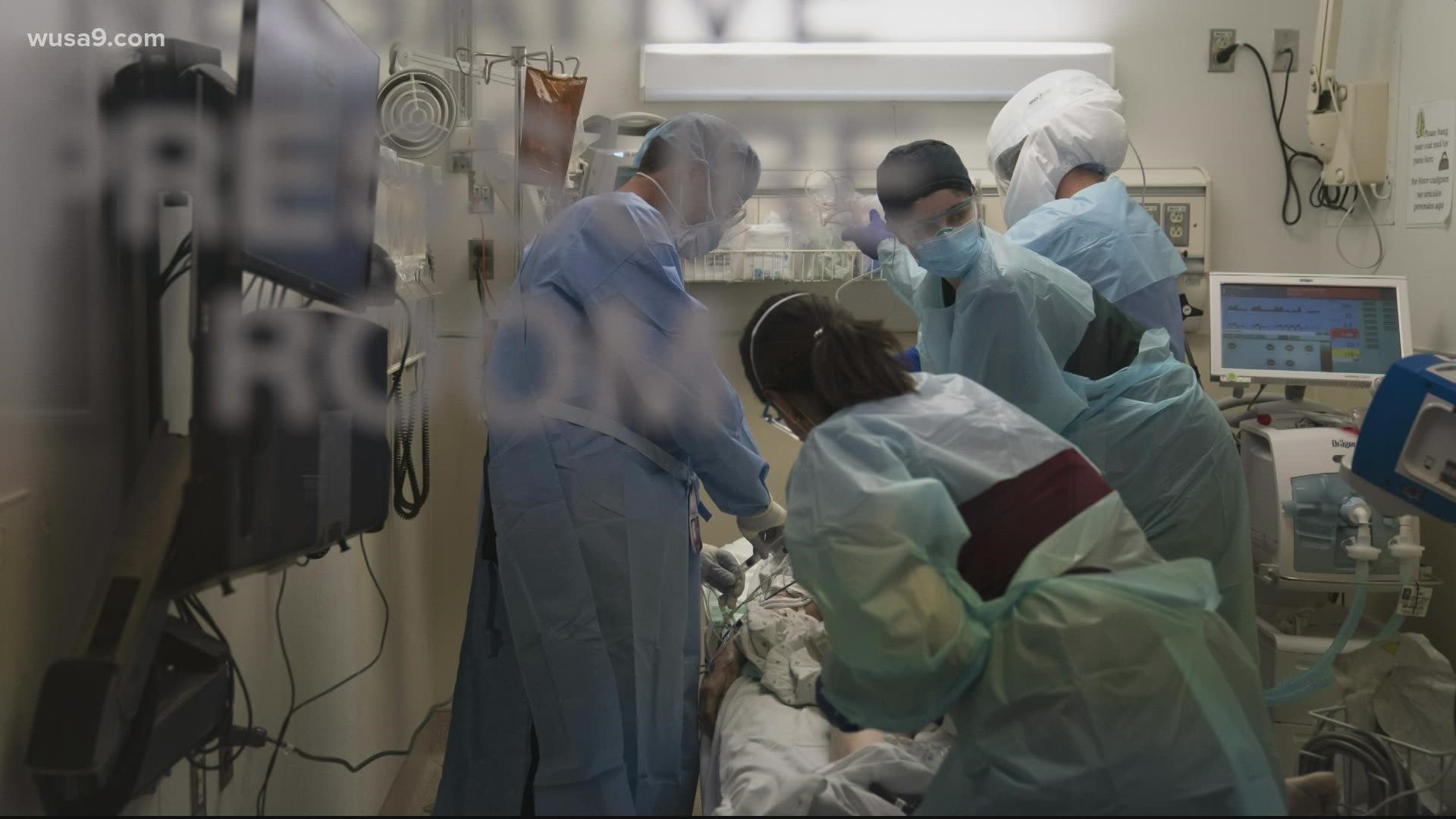 WASHINGTON — It didn’t have to be an inexorable march towards death and defeat.

Yet Tuesday evening, mourners and members of the public gathered on the grounds of the Washington National Cathedral, as its massive funeral bell tolled for America’s more than 700,000 COVID dead.

It was an astounding number – 700 plangent peals of the funeral bell, which was used before the pandemic to mourn the loss of presidents, senators, and luminaries of American life.

Now, the bell tolls largely for those who chose to remain unvaccinated, six months after larger swathes of U.S. citizens have had access to the vaccine.

“They don't seem to realize the import of it until they themselves suffer a loss in their family,” said Zenaida Samaniego, who drove from Maryland to hear the hour-long ceremony. “The bells will toll again, because of this hard-headedness about getting something that protects people.”

Most on the cathedral grounds realized the awful authority of each bell, symbolizing 1,000 American deaths from the virus.

Disruptions and nonchalance were not lost on the mourners. Several friends walked by laughing, unaware and unconcerned. A woman watched a YouTube video on her phone, at full volume, drawing glares until she got the message.

People bowed their heads and prayed to God, in a now familiar ritual performed when the nation passes intervals of 100,000 dead from the virus.

“This must be moving us in a way I didn't think it would,” said Bess from Northwest Washington, describing the somber sense of hearing the bells from her Adams Morgan home. “I wish I could say this would be the end. But, I don't think it will be.”

An Astounding Number >> Funeral Bell at the Washington National Cathedral tolls 700 times, for +700,000 people now dead from COVID in America.

RELATED: 'No parent should have to go through that' | Virginia mom in shock after daughter dies from COVID-19