Cohen was told last month he would be released to serve the rest of his three-year sentence at home in response to concerns about coronavirus. 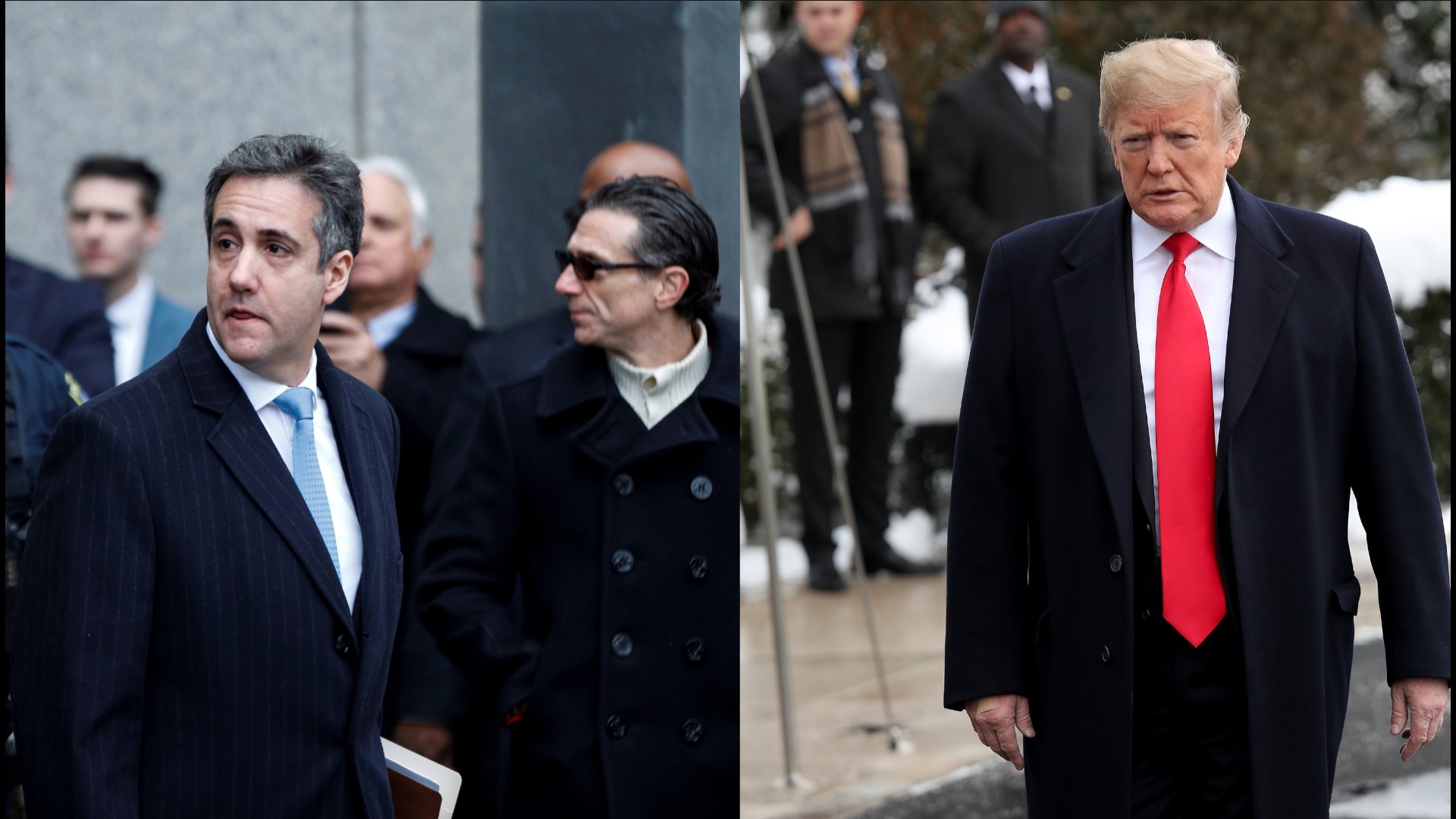 WASHINGTON — President Donald Trump’s longtime personal lawyer and fixer Michael Cohen was released from federal prison Thursday to serve the remainder of his sentence at home, a person familiar with the matter told The Associated Press.

Cohen had been serving a federal prison sentence at FCI Otisville in New York after pleading guilty to numerous charges, including campaign finance fraud and lying to Congress.

The person was not authorized to discuss the matter publicly and spoke to The Associated Press on condition of anonymity.

Cohen was released on furlough as part of an attempt to slow the spread of the coronavirus in federal prisons. Cohen, 53, began serving his sentence last May and originally was scheduled to be released from prison in November 2021.

Prison advocates and congressional leaders have been pressing the Justice Department for weeks to release at-risk inmates, arguing that the public health guidance to stay 6 feet (1.8 meters) away from other people is nearly impossible behind bars.

RELATED: Ex-Trump attorney Michael Cohen to be released from prison

Attorney General William Barr ordered the Bureau of Prisons in March and April to increase the use of home confinement and expedite the release of eligible high-risk inmates, beginning at three prisons identified as coronavirus hot spots. Otisville is not one of those facilities.

The Bureau of Prisons placed Cohen on furlough as it continues to process a move to home confinement, another person familiar with the matter said. The agency has the authority to release inmates on furlough for up to 30 days and has been doing so to make sure suitable inmates, who are expected to transition to home confinement, can be moved out of correctional facilities sooner, that person said.

A federal judge had denied Cohen’s attempt for an early release to home confinement after serving 10 months in prison and said in a ruling earlier this month that it “appears to be just another effort to inject himself into the news cycle.” But the Bureau of Prisons can move him to home confinement without a judicial order.

The Bureau of Prisons said last week that more than 2,400 inmates had been moved to home confinement since Barr first issued his memo on home confinement in late March, and 1,200 others had been approved and were expected to be released in the coming weeks.

Former New York state Senate leader Dean Skelos, 72, who was also serving a sentence at Otisville, was released on home confinement after testing positive for the coronavirus.

Credit: AP
Michael Cohen, President Donald Trump's former personal attorney, waits on a street corner before going to his New York City apartment, Saturday, May 4, 2019, in New York. Cohen is scheduled to report to a federal prison on Monday, May 6, to begin serving a three-year sentence for campaign-finance violations, tax evasion, bank fraud, and lying to Congress. (AP Photo/Jonathan Carroll)