Metro officials are encouraging customers who think they are ill to find an alternate mode of transportation instead of using public transportation. 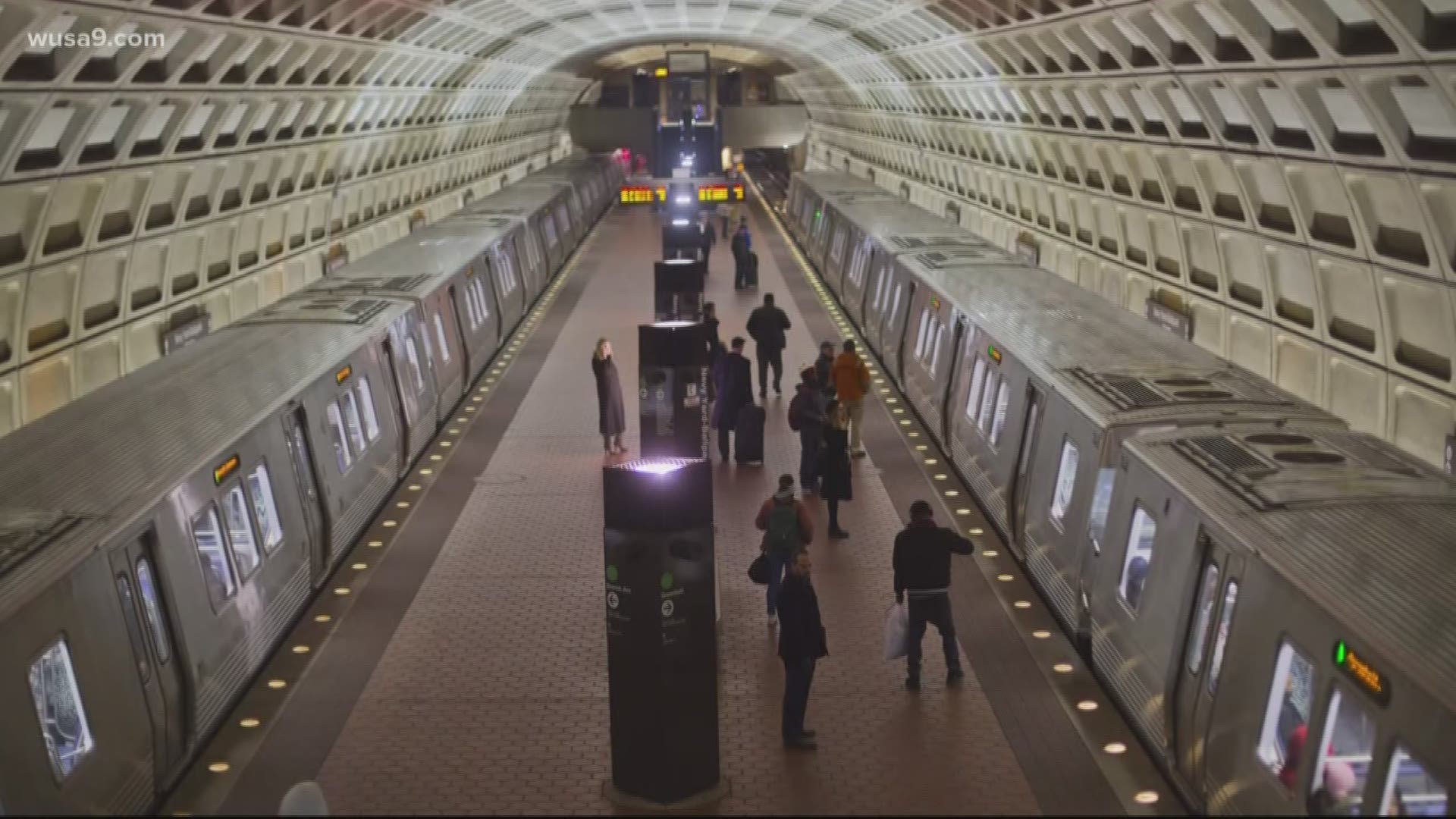 Metro announced that it has "further escalated" its response to the Pandemic Flu Plan by reducing service starting Monday, March 16.

According to WMATA, trains will operate every 12 minutes on each line throughout the day on Monday through Friday from the standard hours of 5 a.m. to 11:30 p.m.

Metrobus systems will operate on a Saturday schedule on the weekdays, and weekend bus schedules are unchanged.

WMATA also said that if you are not feeling well, "do not take public transportation." It has also suspended Metro's Rush Hour Promise.

Metro announced they are preparing for Phase 3 of their Pandemic Plan in response to coronavirus cases in D.C., Maryland, and Virginia area, Metro officials said during a Special Board of Directors meeting Thursday morning.

In preparation for Phase 3, Metro officials said they will work towards evaluating potential options for alternate or reduced service options and will continue to implement Phase 2.

Metro officials said that a change in employee absenteeism could trigger a change in service, but Metro’s Chief Medical Officer Dr. Amy Espy-Smith underscored that employee absences remain normal. Metro General Manager Paul Wiedefeld once again reaffirmed his policy of safety over service and said that Metro “will have to adjust as this evolves.”

On March 7-8, Metro initiated Phase 2 of their plan stressing that the transit agency has ramped up and ordered extra cleaning of some vehicles. They have since stocked up 25 percent more supplies, communicated with local and federal authorities on developments, and are tracking ridership.

Metro spokesman Dan Stessel said that Metro has seen a “drop off” in ridership in the last week—roughly 100,00 fewer riders from last Wednesday to this Wednesday, he said. Metro officials insist that any changes to service would not be triggered by changes in ridership figures, even though Stessel said that Metro could lose 40 percent of its daily ridership if a telework order is handed down to federal government employees.

Metro officials are encouraging customers who think they are ill or may have the coronavirus to find an alternate mode of transportation instead of using public transportation. Metro spokesman Dan Stessel said the transit agency cannot perfectly protect all riders from the spread of disease. They urge customers to continue to take the necessary precautions in protecting themselves as they work to keep vehicles and commonly touched Metro surfaces clean.

The transit agency said it is continuing to provide more hand sanitizer to frontline employees such as bus operators who may not have regular access to bathrooms while on the job.

Metro's Task Force is meeting every day to assess recent developments of the coronavirus in the D.C. Metropolitan area.

So far, 33 people in the DMV area have tested positive for the novel coronavirus (COVID-19).

Serving hundreds of thousands of riders each day, public transit systems in the D.C. region are urging anyone with coronavirus symptoms to not take mass transportation to see a doctor.

The World Health Organization on Wednesday declared the outbreak a pandemic and President Donald Trump has announced a transportation decision to suspend travel from Europe to the United States, excluding the UK, for the next 30 days, starting Friday.

RELATED: If you're showing coronavirus symptoms, do not take Metro, officials say

Meanwhile, D.C. Mayor Muriel Bowser on Wednesday announced that the District is now under a State of Emergency due to the outbreak of the coronavirus. Bowser said during a news conference that six additional presumptive positive cases were added to the total count, bringing the total in the District to 10.