The sister of WUSA9's Jess Arnold will swear in to become a Marine Corps officer this Thursday. 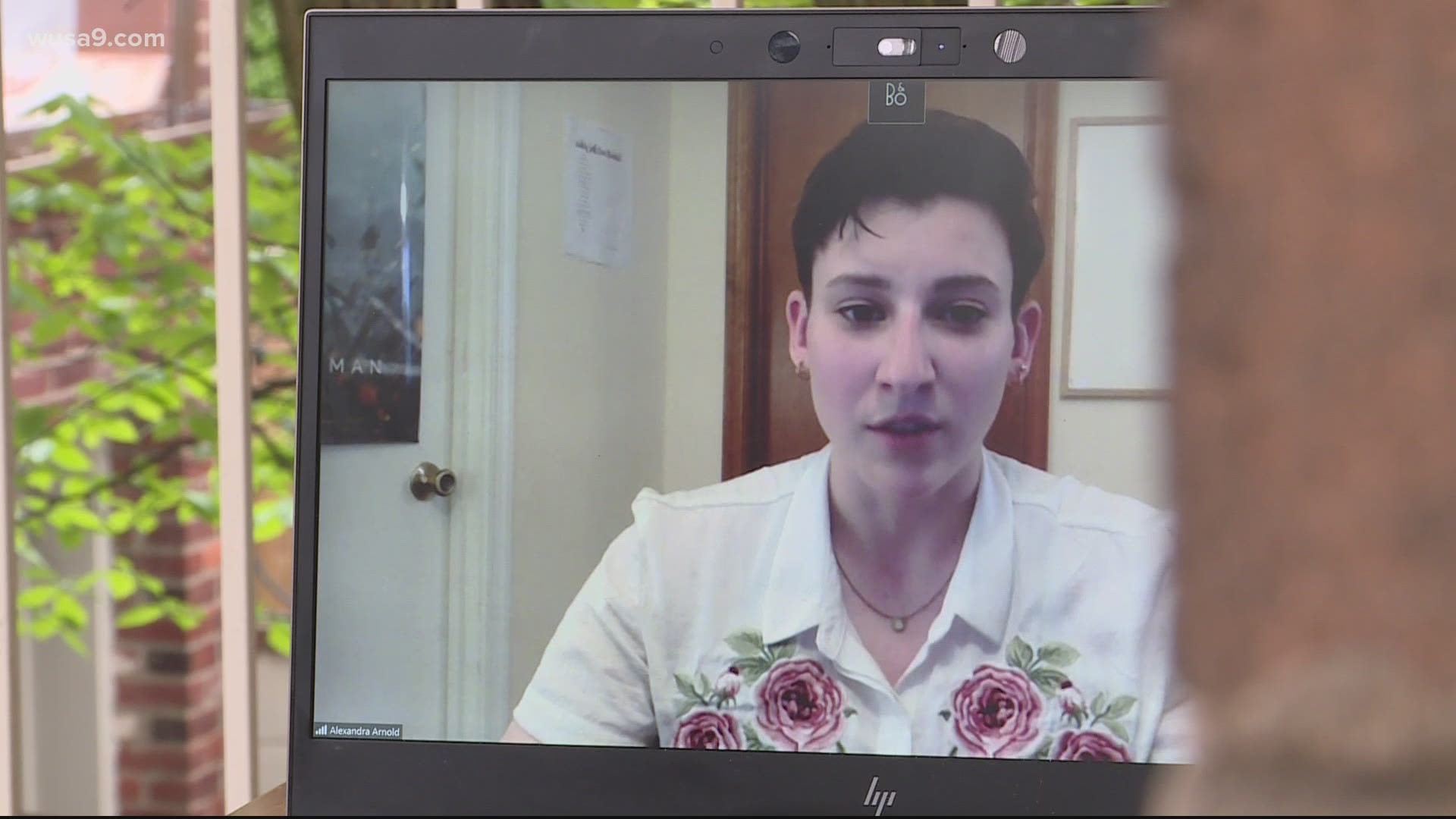 NORFOLK, Va. — It takes a special person to decide to serve our country for a career. Some of the young men and women who have decided to become officers after college will officially swear in this week -- online.

One such person is the younger sister of WUSA 9's Jess Arnold, Alexandra Arnold.

She is currently a Marine and senior at Old Dominion University in Norfolk. Her officer commissioning or swearing-in ceremony is scheduled for Thursday.

“[It's] a really big moment for us, because all the hard work we put in, all the training we’ve gone through, the lessons we’ve learned… and it kind of makes it all worth it," Arnold said.

She has been working toward becoming a Marine Corps officer for most of her life. Arnold joined junior ROTC in eighth grade and then ROTC when she entered Old Dominion University as a freshman.

“I knew I wanted to be a leader and in my mind, if the Marines are the best of the best, I wanted to lead the best," she said.

She and her classmates have been counting down the days to Thursday's commissioning ceremony, spending time finishing finals, and procuring uniforms.

“Tried my uniform on for the first time yesterday, and it was kind of surreal to be able to put that on," Arnold said.

The coronavirus pandemic has forced the university to hold the ceremony online. Arnold said each graduate will tune in to zoom from their homes, where loved ones will pin on their coveted bars.

“We’re all disappointed, we’re all saddened by what’s going on, but at the end of the day, it doesn’t take away from our accomplishments," she said.

One of the midshipmen who will be swearing in virtually with Arnold is Charlotte FormyDuval. She will become an O1 Ensign. Arnold will become a Second Lieutenant.

“I think it will be really cool to still have our family and friends watching even if it’s through a computer screen, to see and feel our emotions of that day," FormyDuval said.

The two of them have become close friends over the years, empowering each other to excel in a field typically dominated by men. Now, they'll be two of 22 midshipmen from their battalion commissioning this week.

“I’ve wanted this since ninth grade year in high school, and it’s up to this point, it’s been about us," FormyDuval said. "But, once we commission, once we take that oath, it’s no longer about us. It’s about our shipmates… It’s about all the citizens that don’t even know this ceremony is happening nationwide now. And I think it’s really exciting to have that moment to just be like this is the start of my career.”

It's the start of the rest of their lives, they said, which they're devoting to all of us.

“I’m here to serve the Marine Corps," Arnold said. "I’m here to do what they need me to do, so I’m very excited to see what’s next.”

Arnold is scheduled to head to The Basics School in Quantico, VA for seven months come September. Her long-term goal is to become a lawyer and serve in the JAG Corps with the Marines.

FormyDuval is heading to San Diego once the Department of Defense members are allowed to travel there. She plans to get her master's degree in oceanography through the military and serve for the next 20 years.

From all of us at WUSA9, congratulations and thank you!