A judge's decision could have broader implications concerning how detainees are kept in custody, as federal law enforcement agencies adjust their operations. 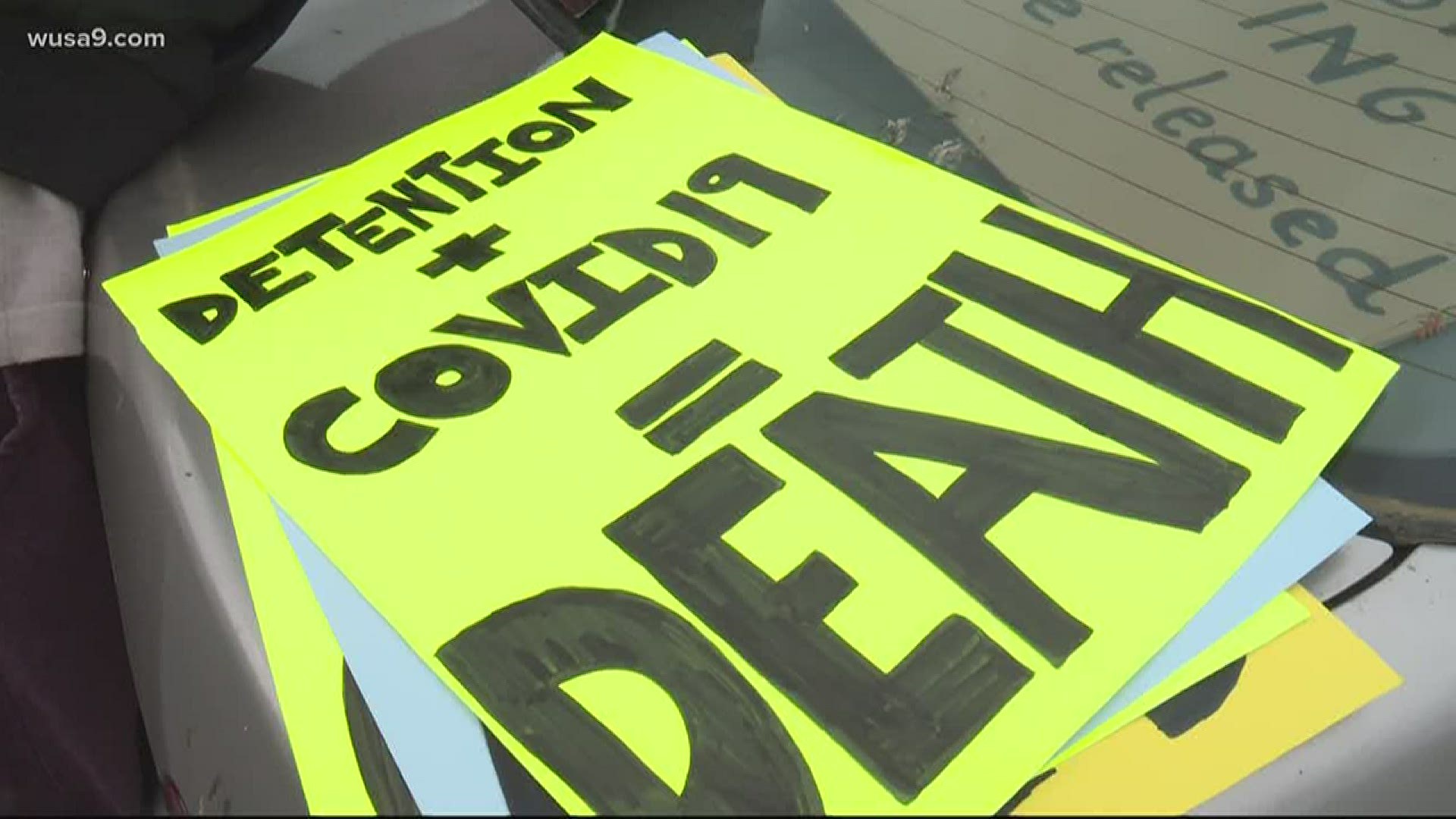 WASHINGTON — A decision is expected this week on whether seven Virginia detainees in the custody of U.S. Immigration and Customs Enforcement can be released, after lawyers for the immigrants said the men and women are now in danger, “so grave that it violates contemporary standards of decency.”

At issue are conditions in both of Virginia’s ICE detention centers, and the health of seven detainees who are over 60 years old. Immigration activists said the individuals originally from Africa, Central America, and Oceania may be at risk of severe complications if the detainees' contract coronavirus.

“For at-risk individuals like [the seven ICE detainees], protection from the virus is a matter of life or death,” lawyers wrote in their lawsuit demanding immediate release.

“Neither facility is equipped to enforce social distancing and improved hygiene in order to reduce the risk of severe illness or death for vulnerable individuals.”

O’Grady’s decision could have broader implications concerning how detainees are kept in custody, as federal law enforcement agencies adjust their operations while coronavirus takes hold.

“Due to the unprecedented nature of COVID-19, U.S. Immigration and Customs Enforcement is reviewing cases of individuals in detention deemed to be at higher risk for severe illness as a result of COVID-19,” an ICE spokesperson said in an email Sunday.

“Utilizing CDC guidance along with the advice of medical professionals, ICE may place individuals in a number of alternatives to detention.”

According to an ICE official with direct knowledge of the agency’s response, as of April 10, agents released 693 individuals from ICE custody because of potential coronavirus health risks. Figures were not immediately available for the number of people released from the commonwealth’s two detention centers in Caroline County or Farmville, Va.

But attorneys for the detainees rejected ICE’s assertions, writing that at least one of the dormitories in Farmville was placed under quarantine in recent weeks, and at least one form of a hunger strike unfolded in response to the conditions.

“According to guards, there have been five potential cases of COVID-19 at Farmville Detention Center and it is unclear what results of those tests are,” lawyers wrote to O’Grady in an April 13 court filing.

“Because of these conditions, detained people in Farmville are engaged in a hunger strike, protesting their continued detention in the midst of the COVID-19 pandemic.”

Attorneys for the detainees noted ICE reported no cases of the virus among its Virginia population.

Yet the lawyers referenced House testimony from Department of Homeland Security medical experts, Dr. Scott Allen and Dr. Josiah Rich, who recognized a need to potentially release untested detainees who may be susceptible to virus complications.

The immigrant advocates said that alternatives to detention could include the release of the seven foreign nationals on specific conditions, or on bond.

The lawsuit also described each plaintiff, including illnesses that could put them at risk. Below are excerpts of the descriptions, provided by the Capital Area Immigrants’ Rights Coalition:

• Francois Toure: A citizen of Guinea detained at the Farmville Detention Center. His counsel said Toure suffers from asthma and borderline diabetes.

• Venacio Escobar Andasol: A 65-year-old citizen of El Salvador detained at Caroline Detention Facility. Andasol’s lawyers said because of his age, he may be at high risk of illness or death if he contracts the virus.

• Ummy Ismail Mohamed: A citizen of Tanzania detained at Caroline Detention Facility. Mohamed’s lawyers said she suffers from asthma, and has difficulty breathing each day.

• Faustino Romero Aguilon: A citizen of Guatemala detained at Caroline Detention Facility. His counsel said he suffers from Type II diabetes and hypertension. Attorneys added he is prescribed multiple medications to treat his conditions.