The District has laid out when it could start vaccinating non-health care essential workers and those over 65 who aren't in long-term care facilities. 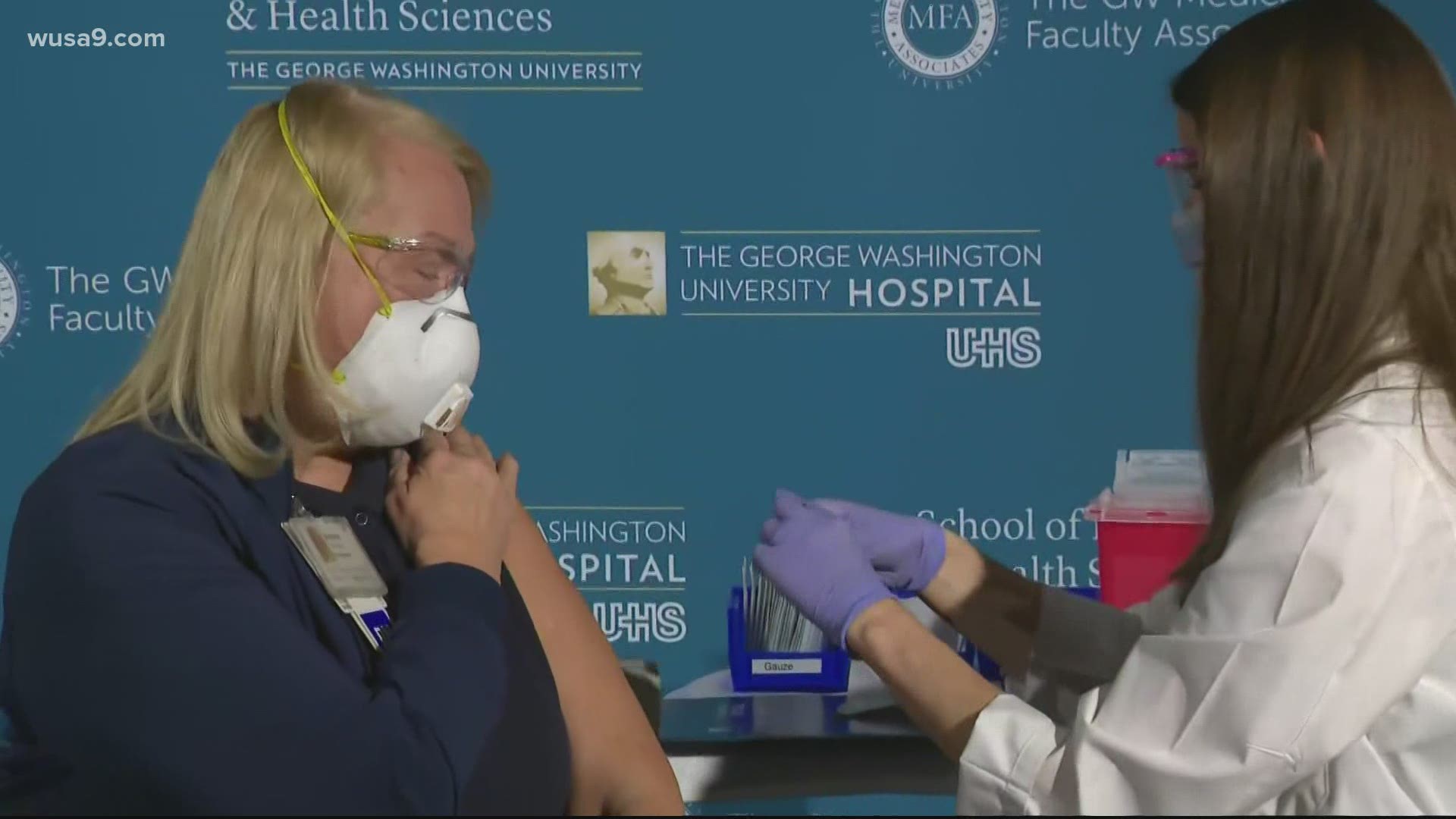 WASHINGTON — It’s Monday, January 4, and this is the first COVID blog of 2021. Welcome to the new blog, same as the old blog.

In D.C., we learned Monday that by the end of the month the District could begin vaccinating non-health care essential workers – that’s people who work in grocery stores, public safety officers and teachers and childcare workers. Mayor Muriel Bowser laid out the city’s tentative plan for the next few weeks, which has a soft date of January 11 for beginning to vaccinate those 65 and over who aren’t already in Phase 1A, and January 25 for the aforementioned essential workers. Those dates subject to change.

D.C. Mayor @MayorBowser laying out the plan for the next month of #COVID19 vaccinations. The District could begin vaccinating non-health care essential workers by the end of the month. pic.twitter.com/jcUfbhc5q1

If you are in Phase 1A and haven’t been vaccinated yet, you can sign up for an appointment to get your shot through the city’s vaccination portal. While anyone can fill out the questionnaire, Dr. LaQuandra Nesbitt, the director of the D.C. Department of Health, is encouraging you not to do so yet if you aren’t a health care worker.

“If people who rush to use this portal who are not health care workers, it will create a difficult situation for those people for whom it was designed,” she said during the mayor’s weekly coronavirus briefing Monday.

Speaking of those vaccination appointments, the city’s data portal shows only about 36% of them have been booked at the moment. Nesbitt said it’s too soon to say whether vaccine hesitancy is stopping people from getting vaccinated, and also pointed out that many people in Phase 1A don’t need to make an appointment because they will be getting vaccinated through their workplaces.

If you’re just here for the numbers, here’s how things are looking today:

If you haven’t checked in on Maryland’s numbers since before the holidays, you’ll notice an important one has moved sharply in the wrong direction. Since Christmas, the state’s average percent positivity has gone up by 2.5 percentage points, from 7% to 9.5%. That’s a troubling rise in just two weeks, and it puts the state just a stone’s throw away from the 10% goalpost the CDC recommended back at the beginning of the pandemic for states to consider reopening.

#Virginia's numbers even worse here. Was already above 12% avg. positivity on Christmas. It's now up to nearly 16%. pic.twitter.com/9MxUmbJQAA

Virginia’s case counts are really troubling. The commonwealth has only ever reported more than 5,000 cases in a single day three times – and all three times have been within the past five days. Cases in Virginia have gone up by 90% since Dec. 1. The commonwealth is averaging just under 4,500 new cases a day – more than 2,000 additional cases a day than it was at the beginning of December.