Bipartisan COVID-19 stimulus framework proposes $12B for small businesses, but no $1,200 checks

Could a new round of relief be coming soon? A bipartisan group of Senators, including Virginia's Mark Warner, presented a plan to provide immediate relief. 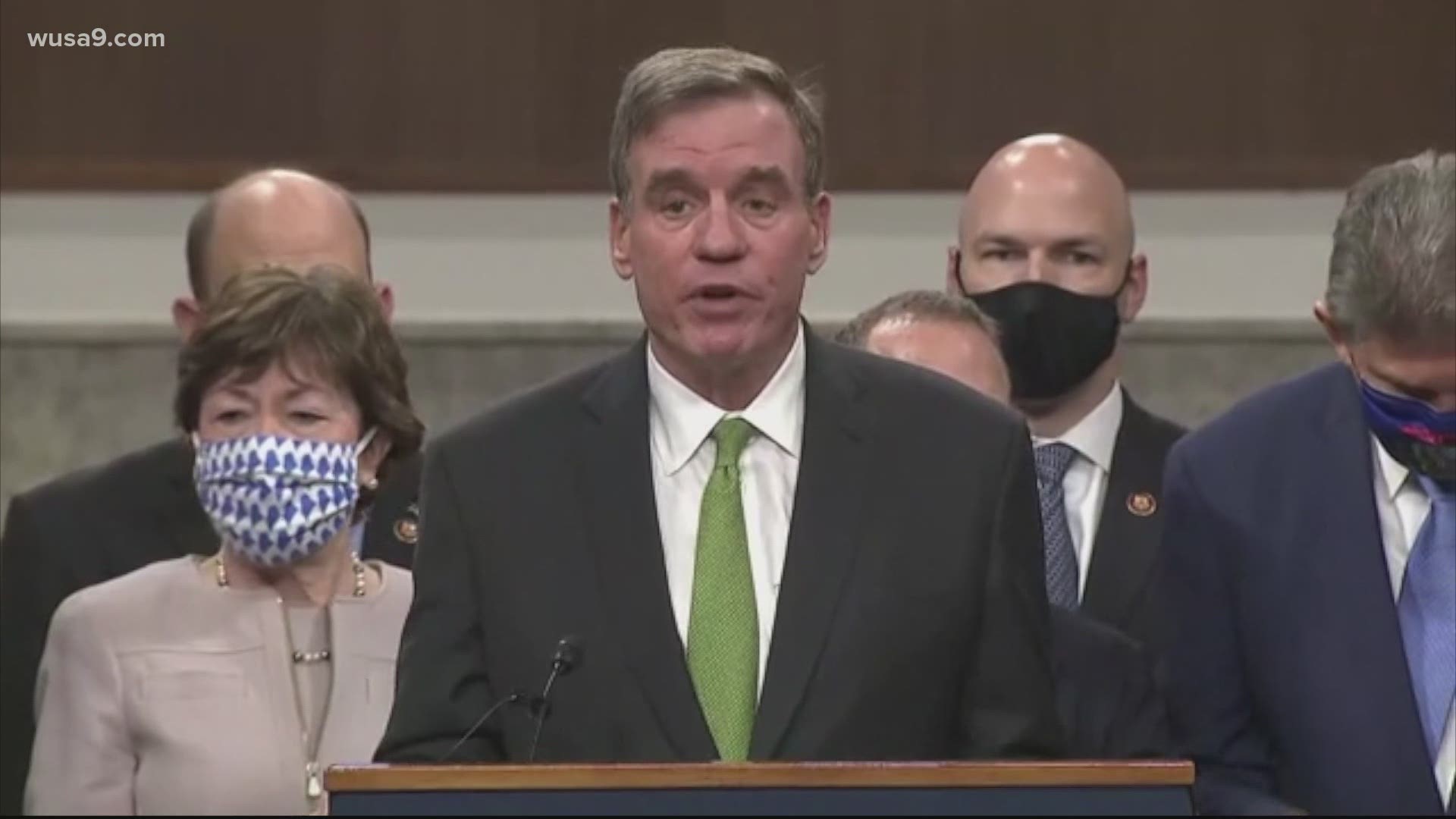 WASHINGTON — Virginia Sen. Mark Warner and a bipartisan group of seven other senators presented a framework for $908 billion in new COVID-19 relief funding, meant to be a bridge from Dec.1 through March 31.

As proposed, the framework allocates:

Warner said the push for small business funding was spearheaded by Republican Sen. Susan Collins of Maine, but could have a tremendous impact on the DMV community.

One thing notably missing from the bill are the $1,200 direct payments for individuals that were part of the CARES Act. Ralph Sonenshine, an assistant professor of economics and program director at American University, said that doesn’t mean this is a bad proposal.

So who does Sonenshine believe should see most of the relief funding?

RELATED: VERIFY: Are 800 small businesses closing each day in the US?

States and local governments were also high on his list.

"States have to balance their budgets and [right now] their finances are in deep disarray," he said.

The COVID-19 relief funding plan created by the bipartisan team is just a framework, as legislation still needs to be drafted before it can be sent to the Senate floor for a vote. As of Tuesday afternoon, Sen. Warner’s team isn’t sure when that legislation will be written.