Geoff Tracy, the owner of Chef Geoff's and Lia's, said he initially laid off every member of his staff, some of whom had been with him since day one. 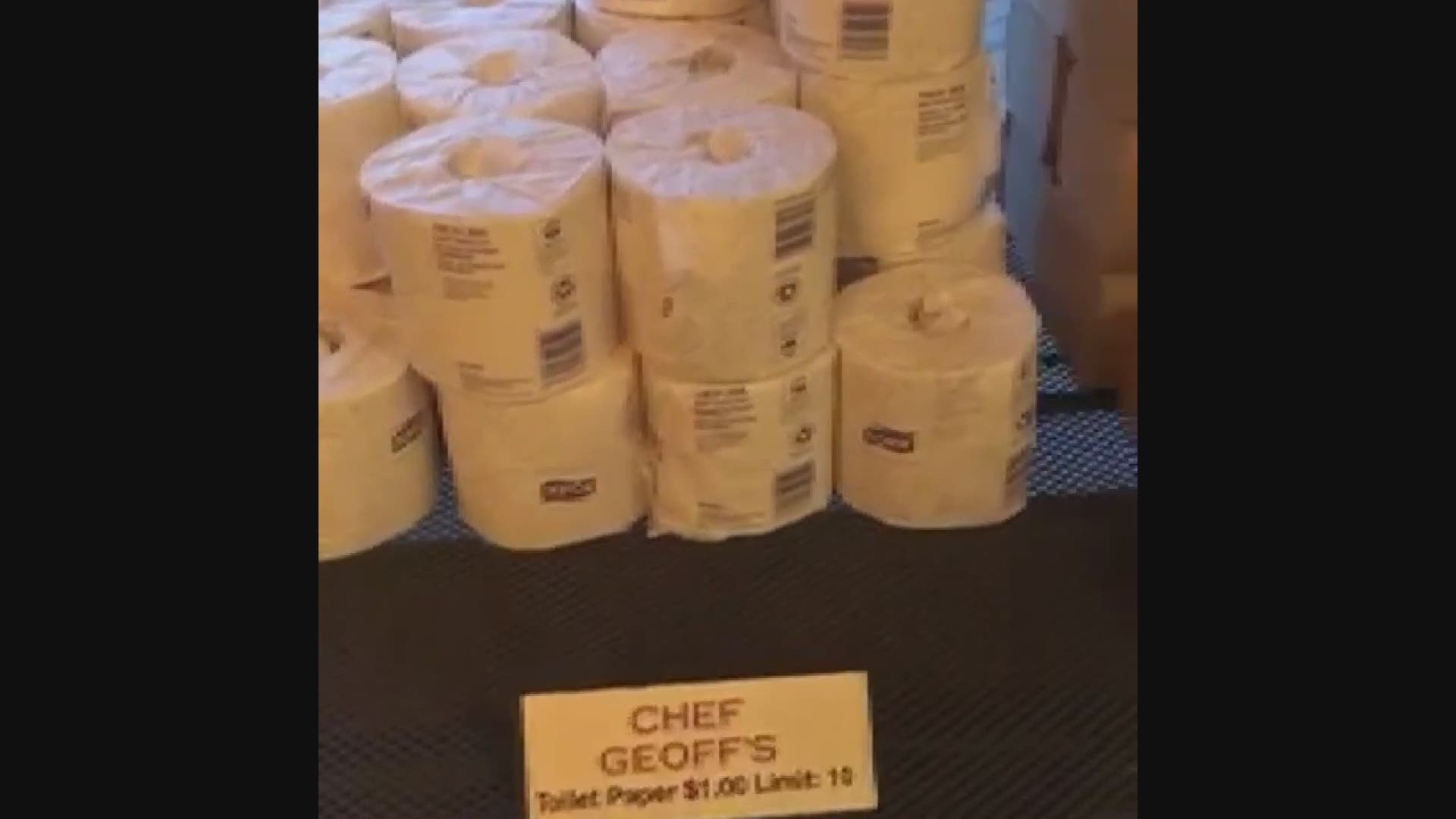 WASHINGTON — EDITOR'S NOTE: A previous version of this story did not identify Geoff Tracy as the husband of CBS anchor Norah O'Donnell.

Geoff Tracy opened the doors of his first restaurant on June 20, 2000. He's been a restaurant owner through 9/11, the D.C. sniper attacks and the 2008 recession. And he weathered all the storms without a single layoff.

He says he couldn't have even imagined a scenario that would cause him to lay off every single member of his staff, some of whom had been working with him for 20 years. Sadly, the scenario was coronavirus.

"I'm getting emotional again just thinking about it," Tracy said.

Tracy, the owner of Chef Geoff's, LIAS, Tortilla Coast and Cafe Deluxe and the husband of CBS anchor Norah O'Donnell, is on day 18 of being a take-out and delivery operation only, functions of his business that previously only accounted for 5% of sales.

"I have been in this business since I was 17, and the last two weeks have been the hardest … and the most inspiring," Tracy said in a statement. "Never could I have dreamed up such a devastating blow to our business. Never could I have imagined laying off so many people."

But moments after he had what he calls one of the hardest conversations of his life, a small group of his employees came to him wanting to keep working. Tracy said they understood the uncertainty of the times, and knew the decision to keep working meant sacrificing elsewhere, like being able to apply for unemployment benefits. But they wanted to work.

He rehired 15 employees on the spot. Given that the previous staff totaled 300, it was a fraction of what he was used to operating with, but it signaled hope. They got right to work, preparing food for take-out and delivery.

"Half the battle has been folding pizza boxes fast enough," Tracy said.

Within a week, Tracy had 34 staff back, and now he's aiming to have 50 employees back at work in the coming weeks if business keeps at the current pace.

Beyond preparing pizzas and pastas to-go, Tracy and team also created a community pantry, selling everything from toilet paper to bleach, gloves, pasta, fruits, milk and even cheez-its.

"When I was in culinary school, I definitely never thought I'd be selling cheez-its to keep the lights on," Tracy laughed.

Tracy said all the proceeds of the pantry go to the employees working that shift.

"They split it evenly," Tracy said. "If I buy a roll of toilet paper for 50 cents, they sell it for $1 and keep the profit."

Friends and family have also started a GoFundMe page that will be divided evenly among all hourly employees.

For now, Tracy said he will keep looking for ways to safely keep his employees working, and looks forward to reopening his doors to diners -- hopefully in time to celebrate his 20th anniversary in business.

Delivery and take-out menus are available at both Chef Geoff's and Lias.

RELATED: This couple will deliver fresh bread, herbs and salad greens to your house every day during coronavirus